The Australian previously stood sixth on the list but the £125,000 top prize in Wolverhampton boosts him up four places, behind only leader Zhao Xintong.

Four events remain in the race to qualify for the Cazoo Tour Championship (March 28 to April 3) with only the top eight to go through to Llandudno for the third and last event in the 2021/22 Cazoo Series. The four counting events are the BetVictor European Masters, BetVictor Welsh Open, Nirvana Turkish Masters and BetVictor Gibraltar Open. 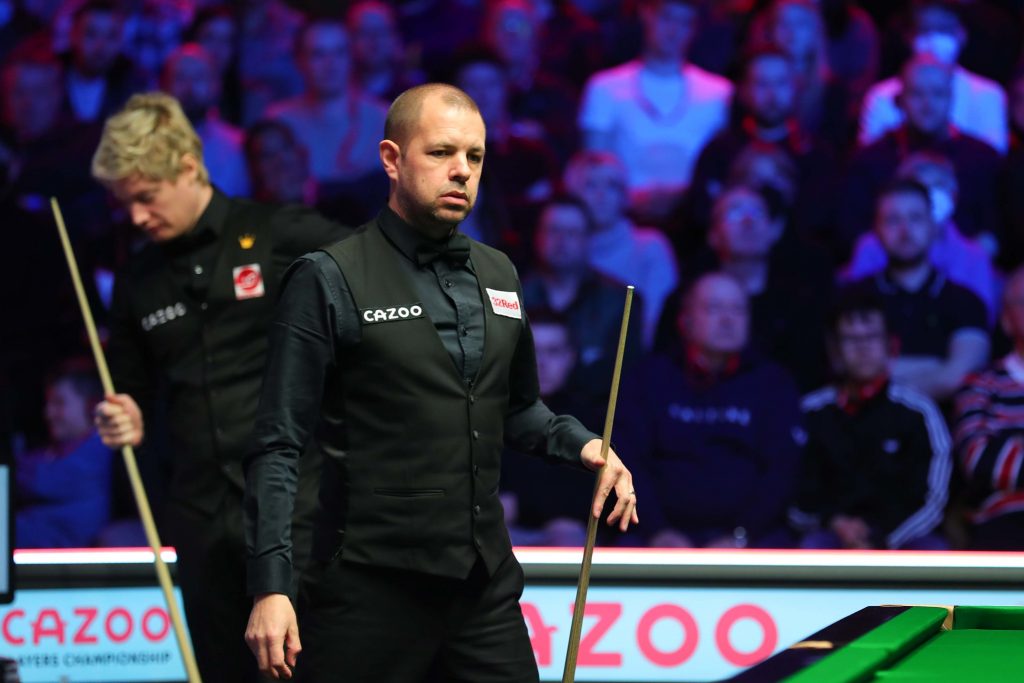 Further down the list, Judd Trump is in 16th place with £78,000 and official world number one Mark Selby 17th with £58,000, so they will need at least one deep run over the next four events to get back into contention.

Robertson remains fourth on the two-year list behind Selby, Ronnie O’Sullivan and Trump, while Hawkins is up to ninth. Jimmy Robertson reached the semi-finals in Wolverhampton and he is up to 27th – a tremendous bounceback for a player who was almost relegated from the tour at the end of last season.

There are five counting events to go in the Race to the Crucible and, having reach the semi-finals last week, 17th-placed Walden has narrowed the gap on 16th-placed Yan Bingtao to £26,000.