Reardon And Spencer - A Great Rivalry


The first great rivalry of the modern age of snooker pitted two very different men against each other. Journalist and commentator David Hendon looks back at the Reardon v Spencer years…

Alex Higgins, the self-styled people’s champion, was the star attraction of 1970s snooker but Ray Reardon and John Spencer were the decade’s two most successful players. From the point at which the World Championship reverted to an open format in 1969 to the end of the 70s, they won nine world titles between them. As with celebrated snooker rivalries that were to follow, theirs was based around mutual competitiveness and a clash of personalities. 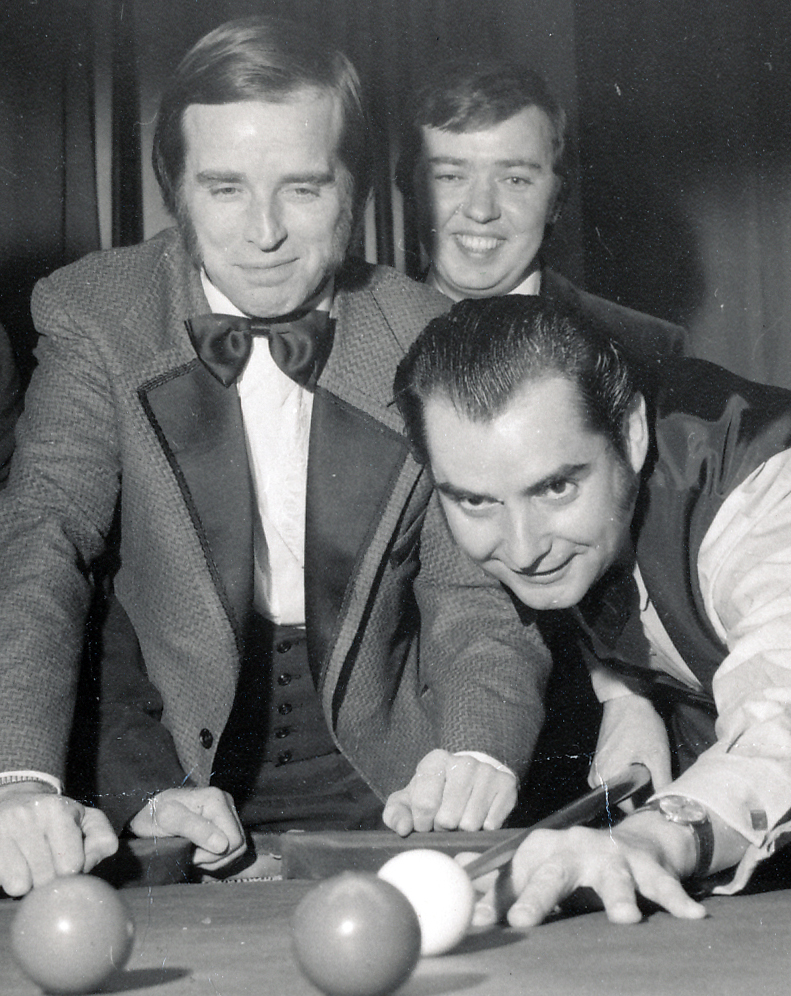 Reardon grew up in Tredegar in Wales, a mining community where sons followed fathers and grandfathers down the pits. At 14, having already left school, Reardon was buried for three hours following a rockfall. He kept his mind occupied by imagining a frame of snooker. He moved on to become a policeman in Stoke but the game remained a passion.

In the early 1950s snooker was growing in popularity among the working classes but was still largely a niche activity and opportunities were few. Nevertheless, Reardon won the British Youth Championship at 15 and held the Welsh amateur title for six years. Welsh players were also eligible to enter the English amateur championship but Reardon enjoyed little success in this event until 1964 when he won the southern final to play the winner of the northern final, Lancashire’s John Spencer.

Born in Radcliffe, he was introduced to the game by his father, a keen player himself despite losing an arm in the first world war. At 18, Spencer began national service and did not play snooker again for a decade until a friend coaxed him back to the green baize for a challenge match. His interest in the sport was quickly restored and he was soon established as one of the leading amateurs in the north west. The 1964 English amateur championship was the first tournament of any note he had entered and he reached the final.

This first meeting between the pair summed up their personalities perfectly. Reardon was already savvy, already seeing possibilities for himself and the sport. Spencer on the other hand was laidback and a little naïve. The magazine Billiards and Snooker asked each for a photograph to adorn its cover. Reardon sent in a shot of himself in his dress-suit, looking the business. Spencer, not quite grasping the purpose of the photo, sent the nearest one to hand – him on holiday in his swimming trunks stood next to his mother and brother. Reardon won 11-8 and a rivalry was born.

Reardon turned professional in 1967. He was 35. He had time to make up but very few playing opportunities. What changed his life was colour television and the decision of the BBC to launch Pot Black, a weekly programme which brought snooker and its players into millions of living rooms. Reardon was its first champion in 1969, the trophy presented by popular TV magician David Nixon, an apt choice because Reardon would go on to relish life as a snooker celebrity, as comfortable in showbusiness circles as he was in working men’s clubs.

Reardon was a distinctive figure and with his widow’s peak hairline was soon christened ‘Dracula.’ He knew plenty of tricks to get the crowd on his side, his trademark shrug being a mannerism so well known it was later imitated in exhibitions by John Virgo. His whole demeanour made it very hard for opponents to get under his skin.

Spencer had a less calculated approach and their contrasting personas meant the two men were never close to being best friends. Of course, they weren’t meant to be: they were meant to be rivals.

Even so, Reardon’s masterful control of audiences grated with Spencer. In his autobiography ‘Out of the Blue and Into the Black’ he wrote, “The thing I did not like about him was that he was the sort of person who could laugh 24 hours a day if it was to his advantage.”

Reardon would doubtless take that as a compliment. The point is, in the 1970s there were few tournaments and hardly any money. Players topped up meagre incomes through exhibitions and holiday camp engagements. Personality was everything. It was a scrap for a slice of an already tiny cake.

They were both key figures in ushering in a more professional age. Undoubtedly, Higgins more than any other player brought audiences to snooker in the 1970s but for the game to be accepted as a mainstream sport by broadcasters and sponsors it needed respectability. You were never going to get that with Higgins. You couldn’t send the volatile Northern Irishman into a room with dignitaries without worrying something would go badly wrong. He once did an exhibition where a celebrated racehorse was also a star attraction. Higgins, an apprentice jockey in his youth, at one point jumped aboard the horse and all hell broke loose.

There were no such worries with Reardon and Spencer. They understood that to be successful at the game of snooker, you had to play another game alongside it, one of public relations. Steve Davis and Barry Hearn would pick up this ball and run with it to extraordinary success in the 1980s. 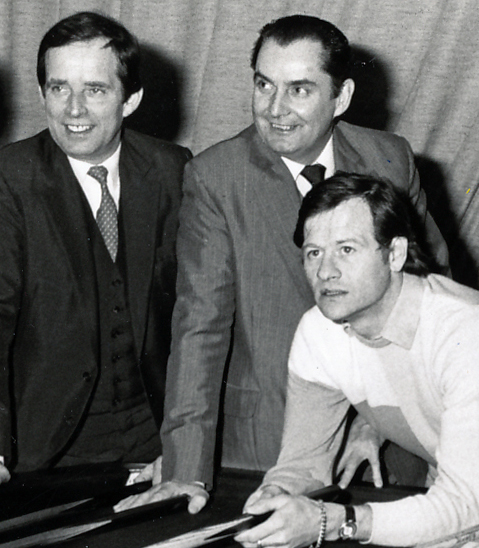 Reardon and Spencer with Alex Higgins

Remarkably given their dominance in the 1970s, Reardon and Spencer never played each other in a World Championship final but met seven times in the sport’s Blue Riband tournament, with Reardon besting the head-to-head 5-2.

Spencer had won the first world title of the new era in 1969, replaced by Reardon the following year before winning it back in the second World Championship played during 1970. He was runner-up to Higgins in 1972 and eventually regained the title in 1977, becoming the first Crucible champion. Reardon had monopolised the event at a variety of venues from 1973 to 1976 and won his sixth world crown in 1978. Four years later he became the oldest ever world finalist at 49, losing 18-15 to Higgins.

The pair did meet in the first Masters final in 1975, which ended up going to a re-spotted black finish in the decider after Reardon, in to win, had been put off by the presentation party loudly getting into position to hand him the trophy, Inevitably, it was Spencer who prevailed on the extra black.

Spencer had become the first leading player to use a two-piece cue following a car crash in 1974 which left his original cue badly damaged. He also came close to making the first televised 147 at the 1979 Holsten International. Indeed, he made the break but the camera crew had chosen this frame to visit the local McDonald’s for a break of their own. Those who did witness the maximum (which ultimately didn’t count on the official list because the pockets weren’t templated) saw Spencer’s quirky personality come to the fore at an unexpected moment. After potting the pink to leave himself one ball from the 147, he threw himself forward on to the table in a mock faint before getting up again and knocking in the black.

When snooker hit the TV big time, Reardon and Spencer were already approaching middle age and inevitable decline set in. Even so, at the 1988 British Open Reardon beat Steve Davis 5-0 and Spencer prevailed over Dennis Taylor by the same score. Later that year, at the International in Stoke, they met across a snooker table for the last time. Both knew that their playing careers were coming to an end. Spencer won 5-4, bringing the curtain down on a quarter of a century of battle between these two formidable champions.

Spencer began to suffer late in life from myasthenia gravis, a muscle wasting disease the treatment for which led to serious bouts of depression, but he remained a popular and influential figure on the circuit, a mainstay of the BBC commentary team and a mentor to John Parrott when the Liverpudlian won the 1991 world title. Spencer was also WPBSA chairman when the professional game was opened up to anyone who wanted to pay their money to play in 1991.

He died of cancer in 2006 at the age of 70. The previous year he had taken part in a charity skydive to raise awareness for myasthenia gravis.

Reardon is now 87 and was seen recently at the Welsh Open presenting the trophy bearing his name. After retiring from playing in 1991 he largely kept his distance from the circuit but joined the WPBSA board in the late 90s and was in Ronnie O’Sullivan’s corner for his second world title victory in 2004.

Reardon and Spencer helped pave the way for the players who followed in their footsteps. They set standards on the table and became popular personalities away from it. They stuck with snooker through thick and thin because of a pure love of the sport and desire to see it prosper.

Their contribution is summed up by a question Spencer was once asked by a critic – what had he ever done for snooker? His reply was perfect: