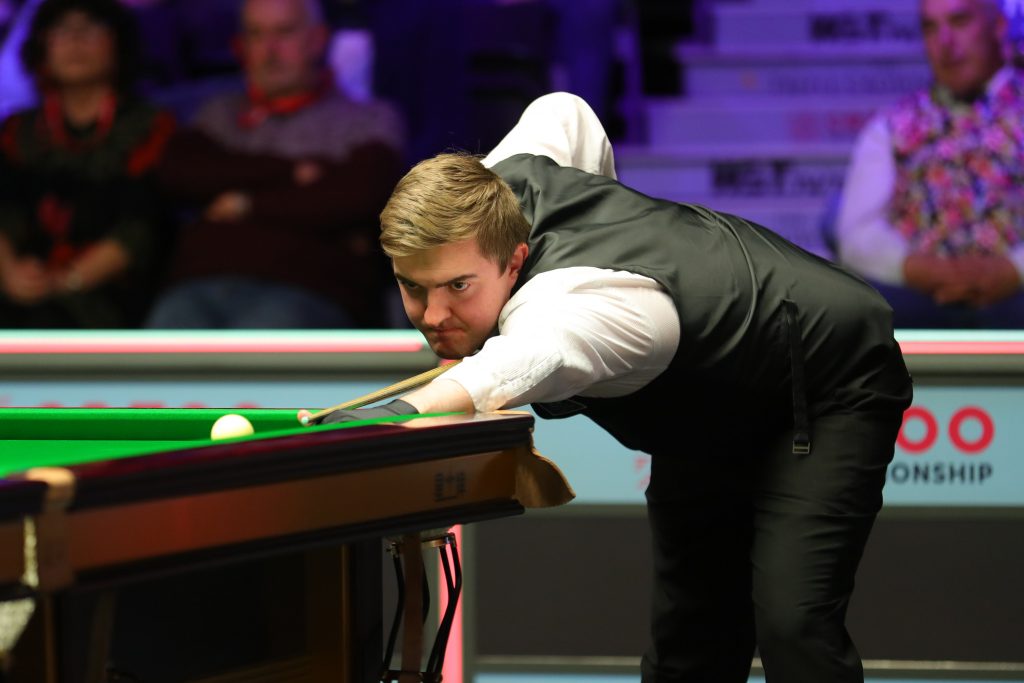 Ross Muir was 10 years old and playing as a goalkeeper for Edinburgh Boys Club, Salvesen, when he was approached by Celtic Football Club. It was at a tournament almost 90 miles away in Ayr, after a Man of the Match performance, that a scout interrupted their trophy-winning celebrations, to ask him and his Dad if he would be interested in joining their youth setup.

The Scot had the world at his feet, or in his gloves I suppose. “That’s what everyone dreams about,” said Muir, a Hearts fan. But a recurring wrist injury shortly after paved a different path in professional sport as he took up snooker.

As you grow older, experiences follow, and some are not always positive. In 2019, Muir admits he was not in a good place mentally. Ocular migraines were a regular occurrence, triggering panic attacks and he used medical timeouts on an event-by-event basis. A far cry from the boy who loved nothing more than diving around the muddy fields of Auld Reekie.

“I wasn’t enjoying competing or my life generally at that time,” revealed Muir. “My last season on the tour (2018/19), I basically couldn’t see. It wasn’t giving me any physical pain like a normal migraine, but it was blurring my vision.

“I remember playing Tom Ford in the World Championship, and basically not being able to see anything at all. I lost 10-1. And I probably had up to 90% vision loss. And that feeling, there’s no other way of saying it, was hell. After that match against Tom, I told myself that I’m not going to play again unless things are right.”

Fast forward to the present and it seems things are “right” once again. Having discovered the cause of his symptoms, a trial and error process followed in order to understand the triggers. And while he occasionally likes to indulge in a “cider, latte or sweet treat,” the 26-year-old now feels he has regained control. 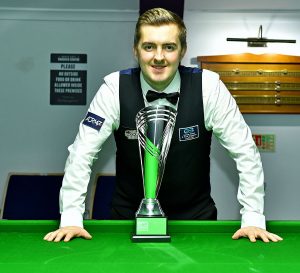 A strong showing this summer has placed Muir second in the 2022 Q School Order of Merit, meaning he’s in a favourable position to feature in several professional events this season. He also defeated George Pragnell 5-2 in the final of the opening Q Tour event on Sunday.

“The weekend was the first time in my career everything came together,” admitted Muir. “There wasn’t a part of my game that I felt was weak, every department was very strong. It’s the first time, since 2013 when I turned professional, I’ve felt comfortable with every department of my game. From the fitness side to the mental side to the individual aspects within snooker.”

Having spent six months out of the game as a security officer for an Edinburgh-based assurance company, the former Scottish Amateur champion has unearthed a fresh perspective on snooker and life. A routine that works for him. Every morning after an 8am swim, he enjoys running along the beach with Angus, his Labrador Retriever. Five hours of practice follow, before an analysis session with technical coach and former top 16 player Chris Small.

Muir has teamed up with former pro-rugby player, now sports psychologist, Nick Mardon. He’s sought break-building advice from world number 33 Gary Wilson while practising at the Northeast Snooker Centre. And of course, there’s his partner, Alexis. Behind every sportsperson is an entourage of key supporters they’re able to lean on. This Scotsman is no different and the results have been transformative.

“It’s the most comfortable that I’ve been as a snooker player and to be fair, as a person,” confessed Muir. “I feel really stable. Genuinely enjoying my life. I focused on getting my well-being right because I let that slide a little bit, during COVID. That’s your core, that’s your starting, that’s your foundation point. You build everything around that.

“I may not be fully on the main tour, but I’m really happy with the progress of my career at this moment. I’ve got a very, very busy calendar. I’ve never really got the balance right for my life and career and I put that down to the bad times. But now I’m enjoying all aspects of my life. The time with Alexis and Angus, my friends.”

Muir recognises how events, that first appear to bear negative consequences, can in fact lead you down a brighter path. He labelled the wrist injury, which put paid to his chances of becoming a pro-goalkeeper, as “unfortunate or fortunate”, depending on which way you look at it. After all, it allowed him to forge a snooker career instead. A final round, final frame defeat in the last Q School event in June, denying him one of four final pro tour cards, would have been a crushing blow to most. But not Muir.

Having come through testing times earlier on in his career, he is much stronger for it. “It taught me a lot of life lessons,” Muir said. “I appreciate every opportunity I get now, every small thing means a lot to me. Even just the fact that I can go to tournaments, see properly and not have that worry, ‘am I not going to be able to see in this match?’ or ‘am I going to suffer one of these panic attacks?’ That’s just a really good feeling and one I appreciate so much.”