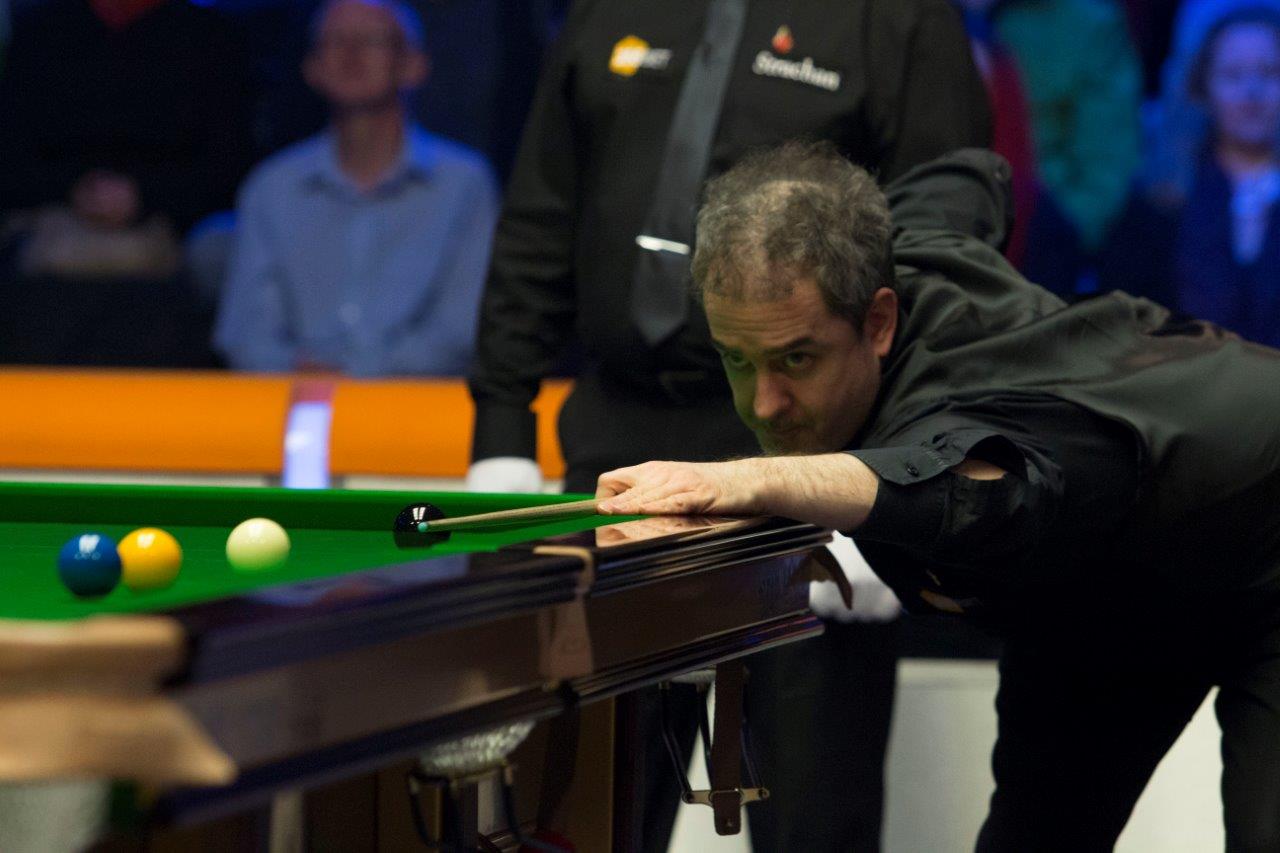 Former German Masters champion Anthony Hamilton says that constant reinvention has been crucial for prolonging his time on the tour and maintaining his standards.

The 50-year-old admits he is in the twilight period of his career, having suffered from eye and back problems in recent years.

Hamilton enjoyed a career highlight victory at the 2017 German Masters, defeating Ali Carter 9-6 in the final to pick up a maiden ranking crown after 26 years as a professional.

In the years that followed, world number 54 Hamilton has only reached a further two ranking event semi-finals. However, the Sheriff of Pottingham is now preparing for his 31st season on the circuit and takes satisfaction in the longevity that represents.

Hamilton said: “I think the longevity is something to be proud of. At least it shows you can stay the course. You need to get out of bed every day and go again, which of course everyone needs to do in real life. To spend 31 years doing the same thing, you do have to reinvent yourself quite often. You need to try to find new goals and new styles of thinking to keep things fresh. Snooker doesn’t change. You may change as a person, but snooker remains exactly the same as when you were a 16-year-old. Once you start playing, you turn into a medieval man and start competing with others again. To me the competition is the best part of it.

“The adrenaline rush of going to a match and preparing for a match still gives me a buzz. I am quite a finicky guy, so it takes a couple of hours preparing for a game and doing very precise things. It all builds up and is a routine I have from over the years. I like that. It takes up your soul and all of your thinking. Then you go and play like an idiot and get back to improve in the next one! Hopefully you get your day in the sun. Fortunately, I’ve had a couple of days where I’ve experienced the starry bit at the end of it. That is really fun, but I even enjoy qualifiers and trying to beat the youngsters.

“The reinvention is mostly thinking and mostly mental. You also can’t keep doing the same thing if it isn’t working, as that is madness. If you are playing at a certain speed or being too defensive or too attacking, you just have to see what works. Nothing works forever in snooker, unfortunately everything has a shelf life. The brain works out that you are hoodwinking it and it gets bored. That is just how it is. You can change your thought pattern, but you always have to be humble and know the game will always win. You just have to do as well as you can.”

Having spent a large part of his career chasing a maiden ranking title, Hamilton believes that he could have been more malleable with his mindset during his younger years. With his playing career heading towards its latter stages, Hamilton is starting to look towards a potential move into coaching and hopes that his experiences, both positive and negative, can help budding professionals.

“I don’t think I did enough reinvention when I was younger. You get stuck in a rut thinking you are doing the right thing, but the results should tell you that. If the results are great, just keep on doing it. When the results weren’t going my way, I should have changed my mindset a little bit more. When you are younger there are more things going on, life gets in the way and you just can’t be bothered going that deep into it. You also think you are invincible when you are younger. When you are older you realise you need to put more into it. That is what coaches are for, trying to pass more advice on. Hopefully when I get into coaching I can pass my advice and my experiences on. I think by doing that, it can cut down the learning process. It took me 30 years to figure things out, hopefully I can cut that down to three or four months with another player.

“I’m interested in all walks of coaching and all standards, but especially young professionals finding their feet. I think it is helpful for young players to listen to people who have done it, good and bad, but especially bad. They learn more off that. Most of my coaching will be be based off what I should have done rather than what I did. You learn more if you are struggling then when you are doing well. Hopefully I can impart some of that knowledge.” 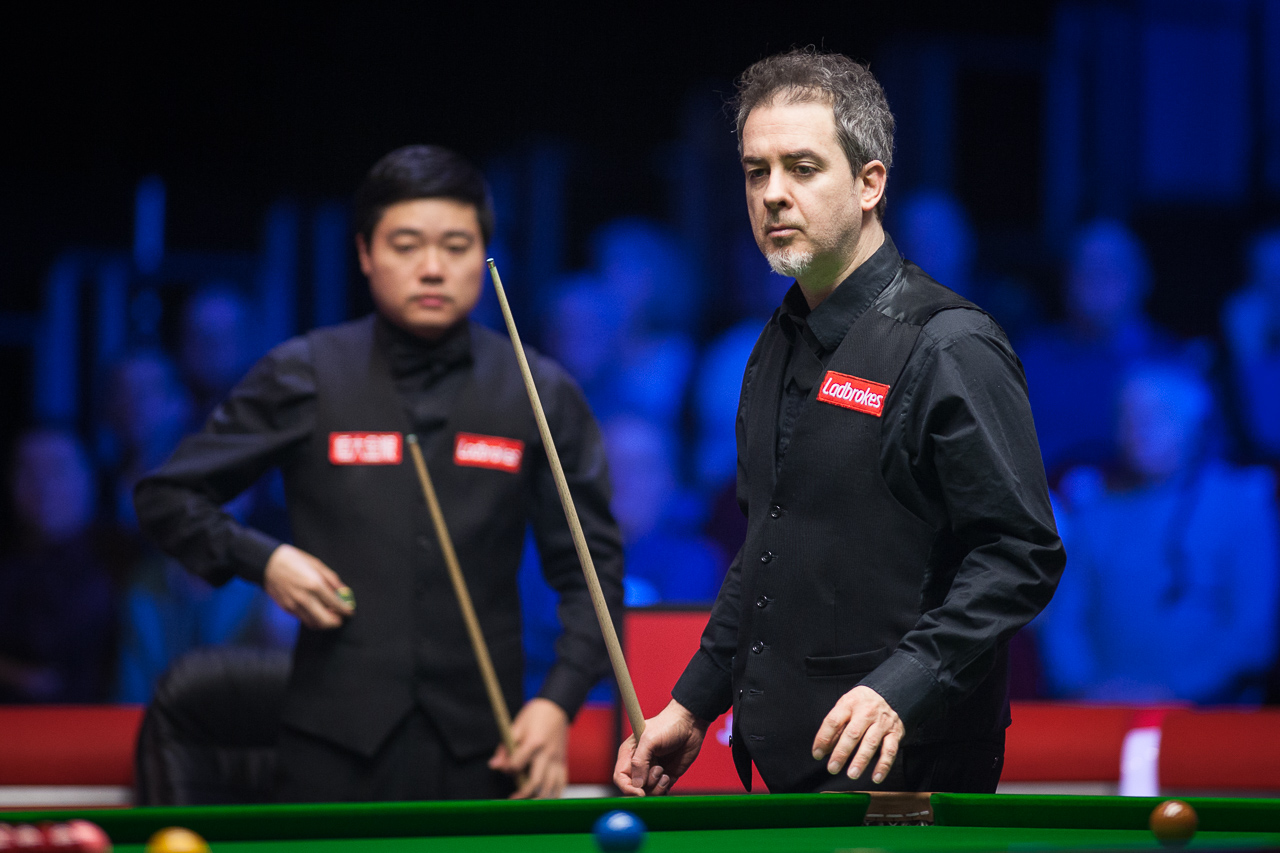 Despite being one of the sport’s most respected figures, Nottingham’s Hamilton is typically modest about his achievements in snooker, a trait which contributes towards his popularity on the circuit and among fans. The former world number ten does believe that he has underachieved, but Hamilton carries no regrets and is determined to both make the most of his remaining days on the tour.

“I’m not particularly proud of my career. I did alright. I lived too much of a lifestyle in my 20s and 30s. I’m not bothered about that, because I had a good time. Winning a tournament was the icing on the cake for me. Playing tough matches, losing tough matches, winning tough matches and getting out of bed for something I wanted to do was a blessing. Most people live doing something they don’t want to do. I’ve been very lucky in that regard.

“I’ll lose a little bit of focus and direction in my life when I retire, until I find something else to do. Sportspeople are a little bit wacky, as we need all of these things in place to get through the day and a tournament. I’ll miss that, but ill replace it with other things, whether that be coaching or commentary. Hopefully I’ll change my lifestyle and be more relaxed, because as a professional snooker is always in the back of your mind. It will be nice to shut those voices down and chill out.”