Fergal O’Brien is unsure whether he will attend Q School later this month after defeat at the World Championship qualifiers left him without a tour card for the first time in over 30 years.

O’Brien turned professional in 1991 and was relegated from the tour following a 6-5 loss to 15-year-old Liam Davies in the second qualifying round last month. However, the Irishman feels, at this stage of his career, he is better equipped to deal with such setbacks. 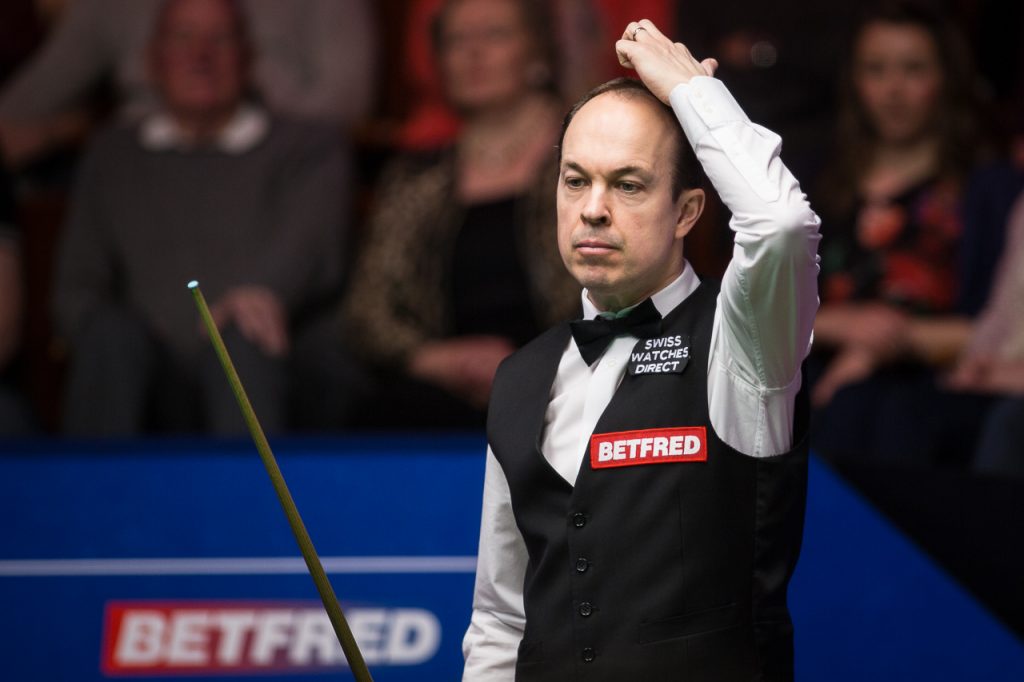 “I was obviously disappointed but I was grand and able to accept it,” said O’Brien. “In previous years, losing in the World Championship, particularly to a qualifier, that night and the next morning was far worse. In 2014 I lost 10-9 on a respotted black to Robbie Williams. That was devastating. I have no recollection of getting back to the hotel, I was like a zombie.

“Whereas now, worst case if I lose I come home. I’ve got a great wife, daughter, family and friends and we never really talk about snooker and they don’t look at me as a snooker player.”

The Dublin-born potter has enjoyed a 31-year career, highlighted by his solo-ranking title at the British Open in 1999. Other great moments include a maximum break in the Championship League, a 5-2 victory over Stephen Hendry on home soil at the 1994 Irish Masters and a memorable win against Ronnie O’Sullivan in 2007. 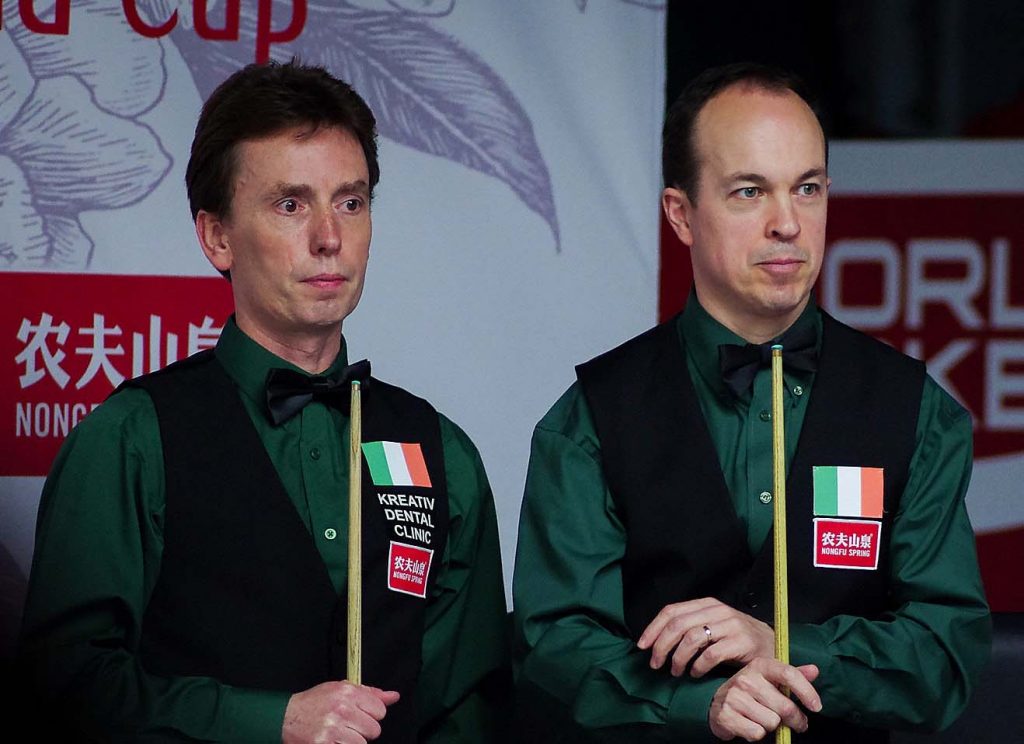 Alongside Ken Doherty at the 2015 World Cup

“I played O’Sullivan in the Northern Ireland Trophy and the day before he hit five centuries in a best of nine, including a 147, and before our quarter-final, I said ‘well done’ but I had to stop myself from nearly telling him I was going to beat him. I was up for it. Obviously, I didn’t say it but I ended up winning 5-2 and it’s amazing how, playing Ronnie who’s playing great, in my mind I still fancied my chances,” said the 50-year-old.

“Against Barry Hawkins in the UK Championship, I had five centuries in a best of 11, that hadn’t been done before. And I had a century in the first frame I ever played at the Crucible. I’m quite proud of that one!”

O’Brien is yet to decide whether he will be making the trip to Ponds Forge in Sheffield next week. But, after reminiscing with a glisten in his eye and a smile that could fill any screen, he’s content knowing his last pot as a pro may already be behind him.

“I think if I don’t get through Q School that’s me done. And that’s ok,” revealed O’Brien. “I’ve probably got more comfortable accepting that over time. The last couple of seasons haven’t been great, and more and more it’s coming from the back of your mind to the front that, whether you like it or not, you won’t play on the tour forever. 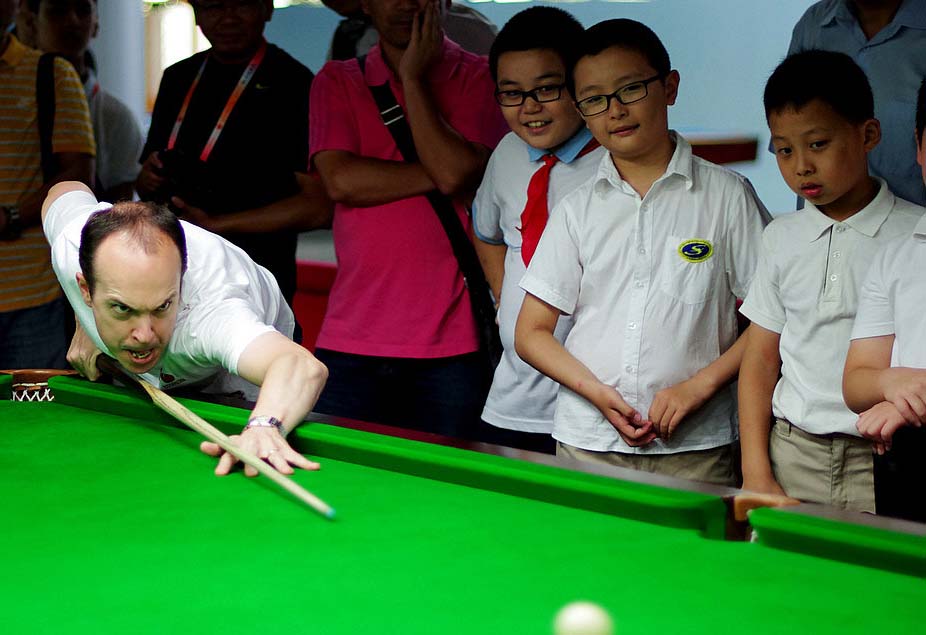 Teaching school children the basics of technique in China

“I’ve played bad, I’ve played some negative rubbish, yes, but if it is to be the end then I’ve loved every minute of it. Ultimately for me, the journey was the reward. I always wanted to be a professional snooker player. I never wanted to be anything other than a snooker player and hopefully that can continue, so I’ve still been very fortunate. I might not have always got the result but I tried, I did my best. There’s some comfort in that.

“Any thoughts I’ve had about my future career are connected to snooker. So if there was some commentary or TV work I’d jump at the chance.

“I certainly feel I could be of help to some pros on the tour. Having played for 30 years with some success, and a lot of defeats and mistakes, I’m aware of other players who I feel I could help. You just get a sense they’re not in a great place. With my experience of being in those situations, you could put the game and life in perspective but also improve their game.”