Barry Hawkins gave up a 4-0 lead against Mark Selby but kept his composure to win 5-4 and reach the quarter-finals of the BetVictor European Masters. 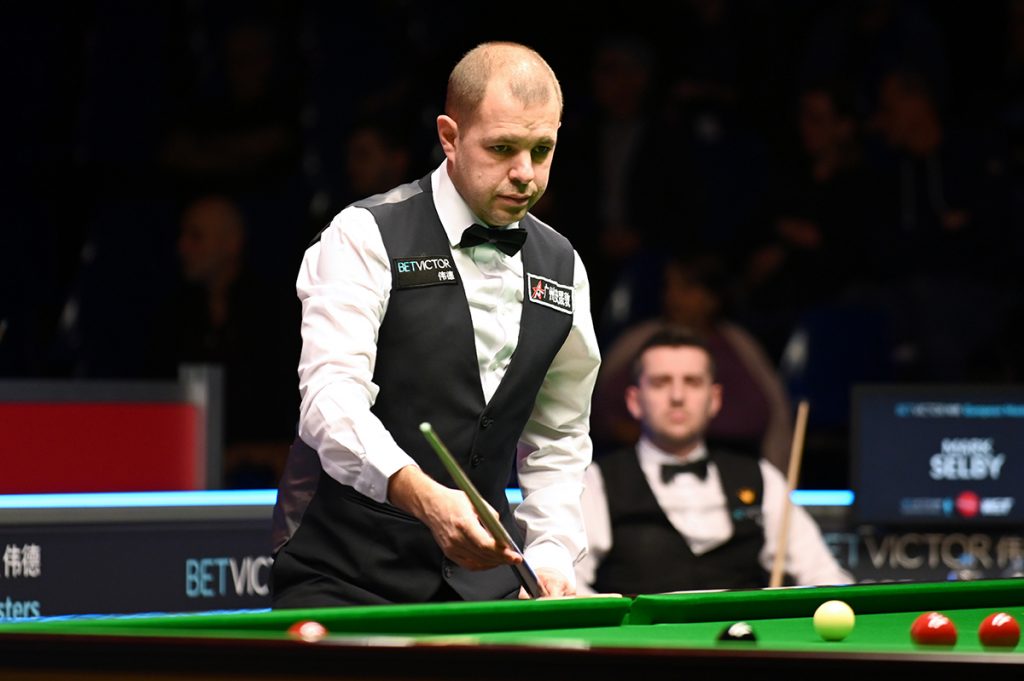 An exciting match which included three centuries and six more breaks over 50 eventually went Hawkins’ way as he booked a meeting with Zhou Yuelong.

Hawkins is through to the quarter-finals of a ranking event for only the second time this season and first since September.

The world number 12 from London played superb snooker in the first half of the match tonight as breaks of 55, 69, 102 and 100 gave him the first four frames. He had chances to seal the result in a scrappy fifth but couldn’t take them and Selby eventually cleared from green to black to snatch it, raising his arms to the crowd as he got one on the board.

A run of 50 put Hawkins ahead in the decider. Selby had once chance to counter but missed the pink to a centre pocket on 13 and his opponent added 59 to seal victory.

“I’m delighted. Even at 4-0 I knew it wasn’t over,” said Hawkins. “I was a bit unlucky not to win earlier and then I was sitting in my chair at 4-4 thinking I hadn’t done a lot wrong. I was very pleased to make a decent break in the last frame after what had gone before. I still felt good in myself and I fancied winning. 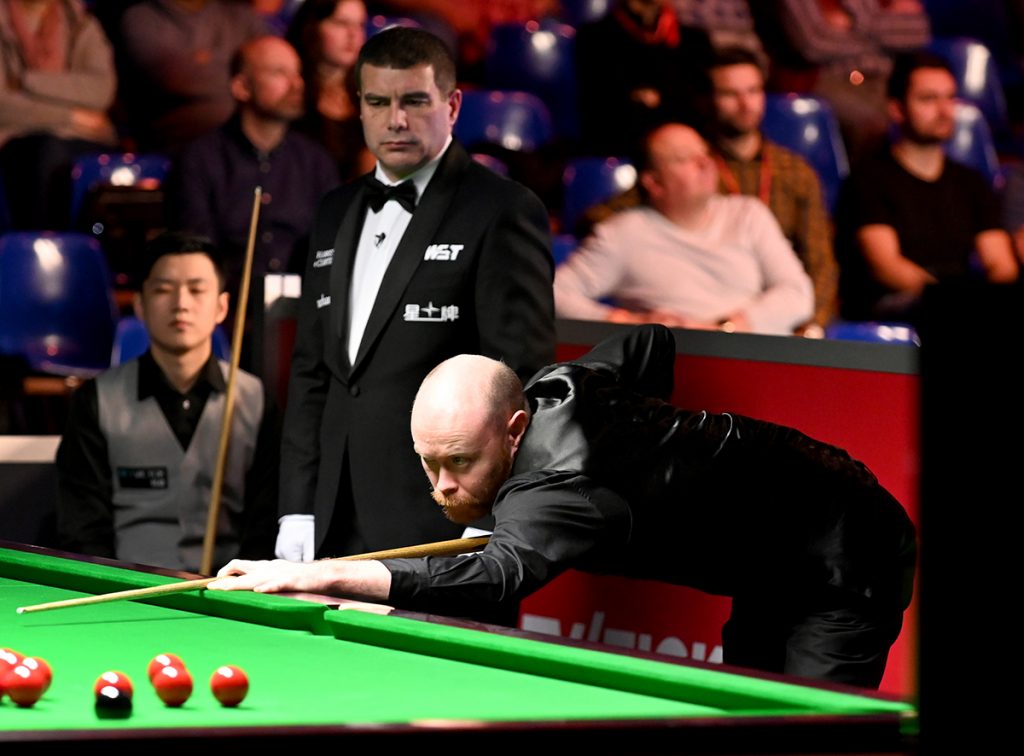 “When I lost in the Masters last week I felt awful, it was the worst I had felt for a long time. I felt uncomfortable and had no self belief whatsoever. Sometimes you need a good kick up the bum and I have worked hard since then. To beat Mark tonight gives me back some confidence.”