Shaun Murphy kept alive his hopes of rescuing a poor season at the Betfred World Championship as he came from 5-3 down to beat Mark Davis 10-7 in the opening round.

Murphy is yet to reach a ranking event final this season – the last time that happened over a whole campaign was in 2011/12. He admits he has struggled with his game for long periods, and has been affected by lockdown more than most as the pandemic has reduced his opportunities to practise at his base in Dublin. 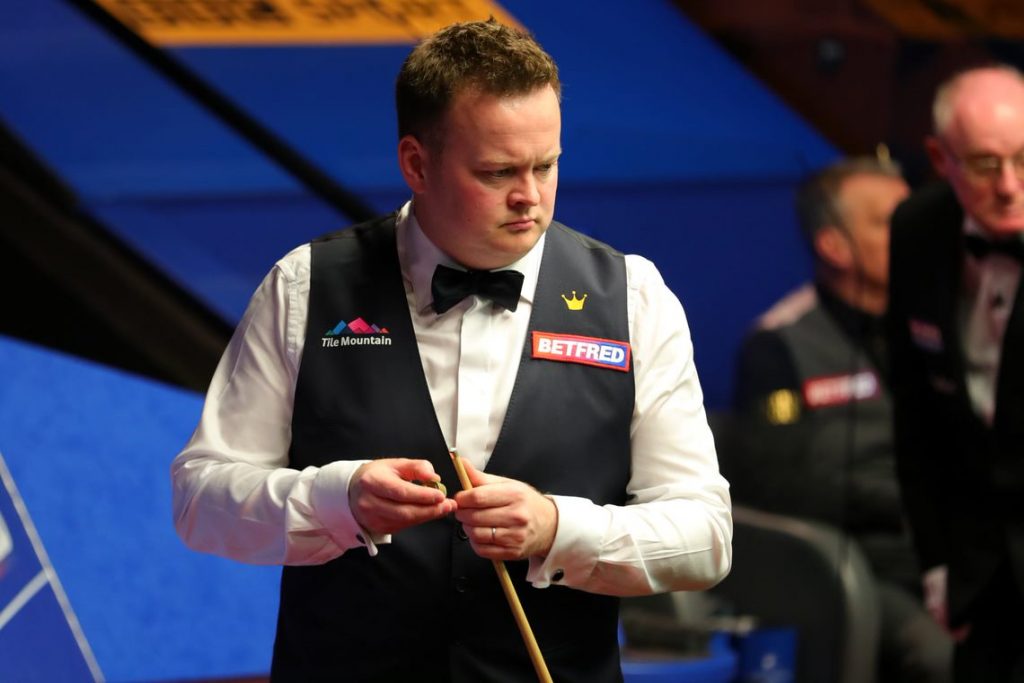 The 38-year-old has one more chance to turn his season around, and has proved in the past that he can produce his best at the Crucible, having lifted the trophy in 2005 and reached the final in 2009 and 2015. The world number seven faces Betfred Masters champion Yan Bingtao in the last 16, over a possible 25 frames on Saturday, Sunday and Monday. The pair met in the first round in 2017, Murphy winning 10-8.

Veteran Davis, age 48, will be disappointed not to have snatched the opportunity to take a major scalp as he had chances in the early stages of the match to build a significant lead. Murphy felt the key part of the contest was the end of the first session on Wednesday when he came from 4-2 down to trail just 5-4 overnight.

The first two frames of the concluding session were shared, then Murphy won three in a row with top breaks of  56 and 93 to lead 8-6. In frame 15, Davis ran out of position on the final green when leading 55-41, but laid a snooker behind the brown which set up the chance for him to close to 8-7.

In the 16th, Murphy led 60-4 with four reds left when he missed a short-range pink to a centre pocket. Davis could have hurt him by clearing the table, but under-cut a tricky penultimate red to a centre pocket. That proved the crucial moment as Murphy sealed the frame for 9-7, then finished the match in style with a break of 131.