5. 2013-14 – So Close For Suarez And Co.
This team didn’t win anything but it was a brilliant side to watch, with Luis Suarez, Raheem Sterling and Daniel Sturridge up front. Brendan Rodgers did an excellent job and in many ways he was unlucky to lose his job in 2015. They just missed out on the league title in 2014, probably because they didn’t have a really top class centre back. Suarez was phenomenal that season – when he was on the pitch you had the feeling that anything could happen. 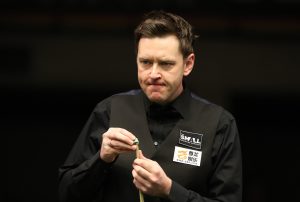 This Rafa Benitez team struggled in the league, finishing fifth, but you can’t ignore the amazing Champions League victory. They had some exciting players like Djibril Cisse and Vladimir Smicer, and Xabi Alonso is one of the best midfielders of recent years. Steven Gerrard is the best Liverpool player I have seen, he was consistently brilliant season after season. The way he played on the biggest stage that night in Istanbul when we came from 3-0 down against AC Milan to win on penalties must be the best performance of his career. If he had finished his time at Liverpool without winning either the league or the Champions League it would have been a nightmare for him, but at least he got one of the ‘big two’.

3. 2000/01 – Houllier’s Treble
Bringing Gérard Houllier in as manager was a big turning point for Liverpool. We’d had some very exciting teams in the 1990s with the likes of Robbie Fowler and Steve McManaman in attack, but there was not enough steel and we rolled over too easily. Houllier went back to basics and made us hard to beat, keeping a lot of clean sheets. He brought in Sami Hyypia  – who is second only to Virgil Van Dijk in terms of our centre backs over the past 30 years – plus the likes of Didi Hamann and Markus Babbel who gave us a very strong spine through the team. Up front we had Emile Heskey, Michael Owen and Fowler scoring goals. At the end of the 2000/01 season we won the UEFA Cup, FA Cup and League Cup as well as qualifying for the Champions League – it was an incredible run.

2. 1983/84 – The Dalglish Era
I’m too young to remember this era, as I was born in 1982, but when I was growing up I loved Ian Rush and watched loads of videos of him scoring goals. I lived in North Wales and he only lived a mile away, in fact at one point he was next door to my brother-in-law. He was the main man. In the early 1980s we had so many other great players in their prime – the likes of Kenny Dalglish, Graeme Souness, Phil Neal and Alan Hansen. They were leaders on the pitch, they wouldn’t allow anything to get in the way of them winning. The mentality was so powerful. Manchester United were the same when Roy Keane was captain. That Liverpool team won the European Cup four times in seven years, the last coming in 1984 when they beat Roma in their own stadium on penalties, famous for the Bruce Grobbelaar ‘spaghetti legs.’  In the same season they also won the league title and the League Cup. 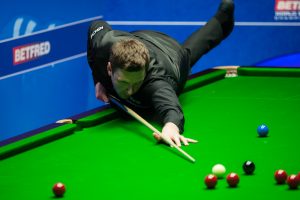 The current Liverpool team is the best of my lifetime, I have no doubt about that. Manchester City are such a good team and we are 23 points ahead of them. What Jurgen Klopp has done is remarkable. The squad he inherited had a lot of average players in it, and he has gone from that to winning the Champions League and then the league title in less than five years. He has signed some fantastic players like Van Dijk and the goalkeeper Alisson, and got everyone working together. Roberto Firmino is a good example of the mentality – he doesn’t mind who scores the goals, he just wants the team to win. There is so much strength throughout the team – the defence is very solid, the midfielders never stop running and the front three are so hard to play against. And in a similar way to the 1984 team, there are leaders all over the pitch.

There are three matches this season that stand out for me as vital moments. The first was beating Aston Villa 2-1 in November. We were 1-0 down with three minutes to go. I was listening on the radio on the way home from practice and it felt like a big blow. Then Andy Robertson and Sadio Mane scored late goals to turn it around. Soon after that we played City at home and destroyed them in the first half, eventually winning 3-1. I was at Anfield and the atmosphere was amazing, that was when we really felt we could win the title. Then on Boxing Day we went away to Leicester, who were second in the table and playing really well. We controlled the game and won 4-0. Ever since then it has been a question of then we would win it.

For the rest of this season it would be great to get over 100 points and set that new record, and give the young players like Harvey Elliott and Curtis Jones a bit of time on the pitch. I think we could go on to win it a few more times with this manager and squad, they are that good.

At the end of the storm, there's a golden sky…