Robertson 5-3 Ahead In Cheltenham Final 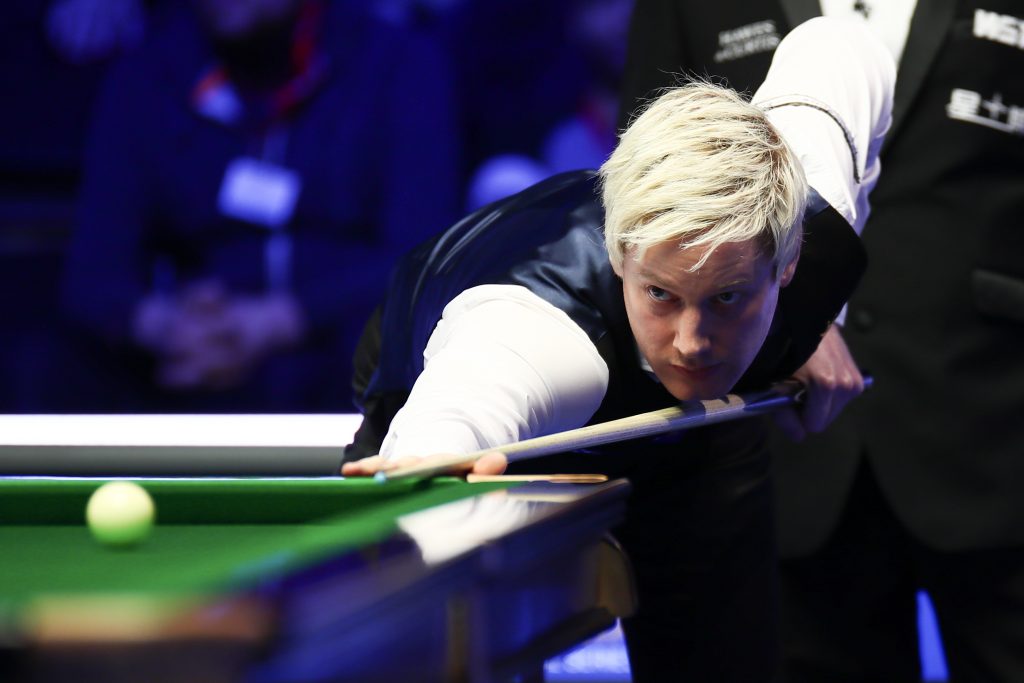 Neil Robertson moved within five frames of winning his second ranking title of 2020 as he came from 2-1 down to lead Graeme Dott 5-3 in the final of the Coral World Grand Prix.

First to ten frames when they resume at 7pm on Sunday night at Cheltenham Racecourse will capture the trophy and £100,000 top prize in the first event of the 2020 Coral Series.

It has been a purple patch of form for Australia’s 37-year-old Robertson in recent weeks as he won the European Masters in Austria then finished runner-up to Judd Trump at the German Masters. Victory tonight would mean he has won 18 of his last 19 matches in ranking events.

He is aiming for his 18th career ranking title, which would move him ahead of Mark Selby into sixth place on his own on the all-time list.

Larkhall’s 42-year-old Dott needs to win seven of the last 11 frames tonight if he is to win his third career ranking title and first since the 2007 China Open. If he were to succeed, the 13-year gap would be the biggest in snooker history – a record currently held by Jimmy White who won the 1992 UK Championship and the 2004 Players Championship.

World number two Robertson has won ten of the 16 previous meetings between the pair – most significantly the 2010 World Championship final when he triumphed 18-13. 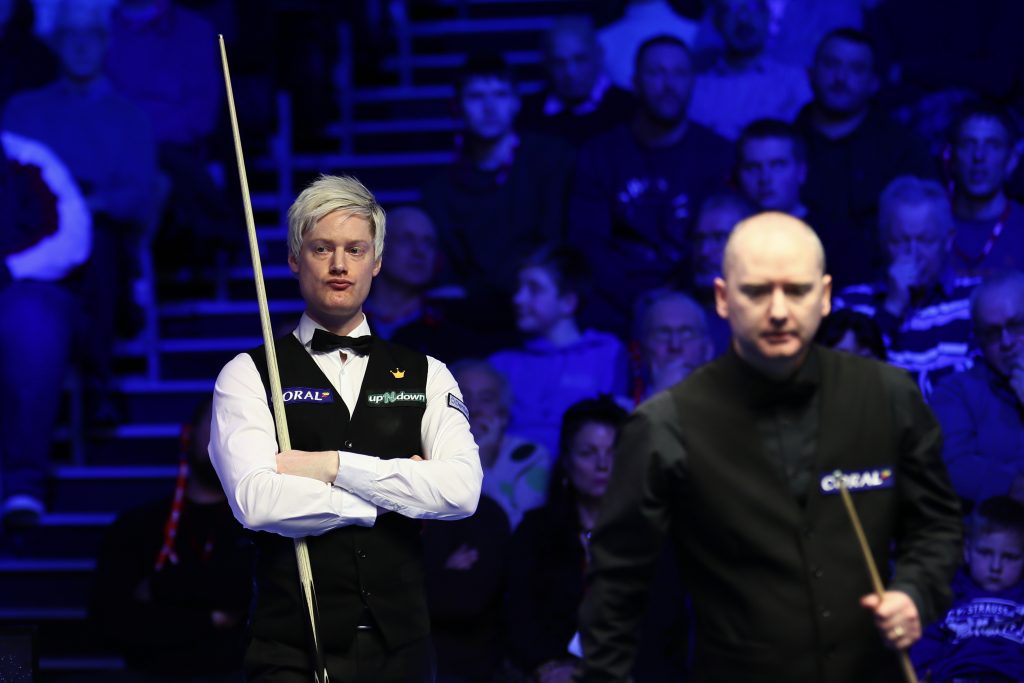 A break of 55 helped Robertson take the opening frame and he looked in control of the second after a run of 63. But world number 21 Dott clawed his way back into it and eventually resolved a safety exchange with a cracking pot on the brown to a top corner which set up a 22 clearance. The Scot dominated the third with runs of 56 and 41 to lead 2-1, before Robertson levelled with a superb 127.

In frame five, Robertson led 54-22 with two reds left when he trapped his opponent in a tough snooker behind the black, and from the chance that followed he secured a 3-2 advantage. Breaks of 110 and 58 in the next two stretched his lead to 5-2.

Robertson was on a run of 40 in the last of the session when he was unlucky to knock a red in when splitting the pack off the blue. Later in the frame he led 41-32 when he missed a long pot on the last red, handing Dott the chance to clear to the pink and boost his hopes of a fight back going into tonight’s conclusion.