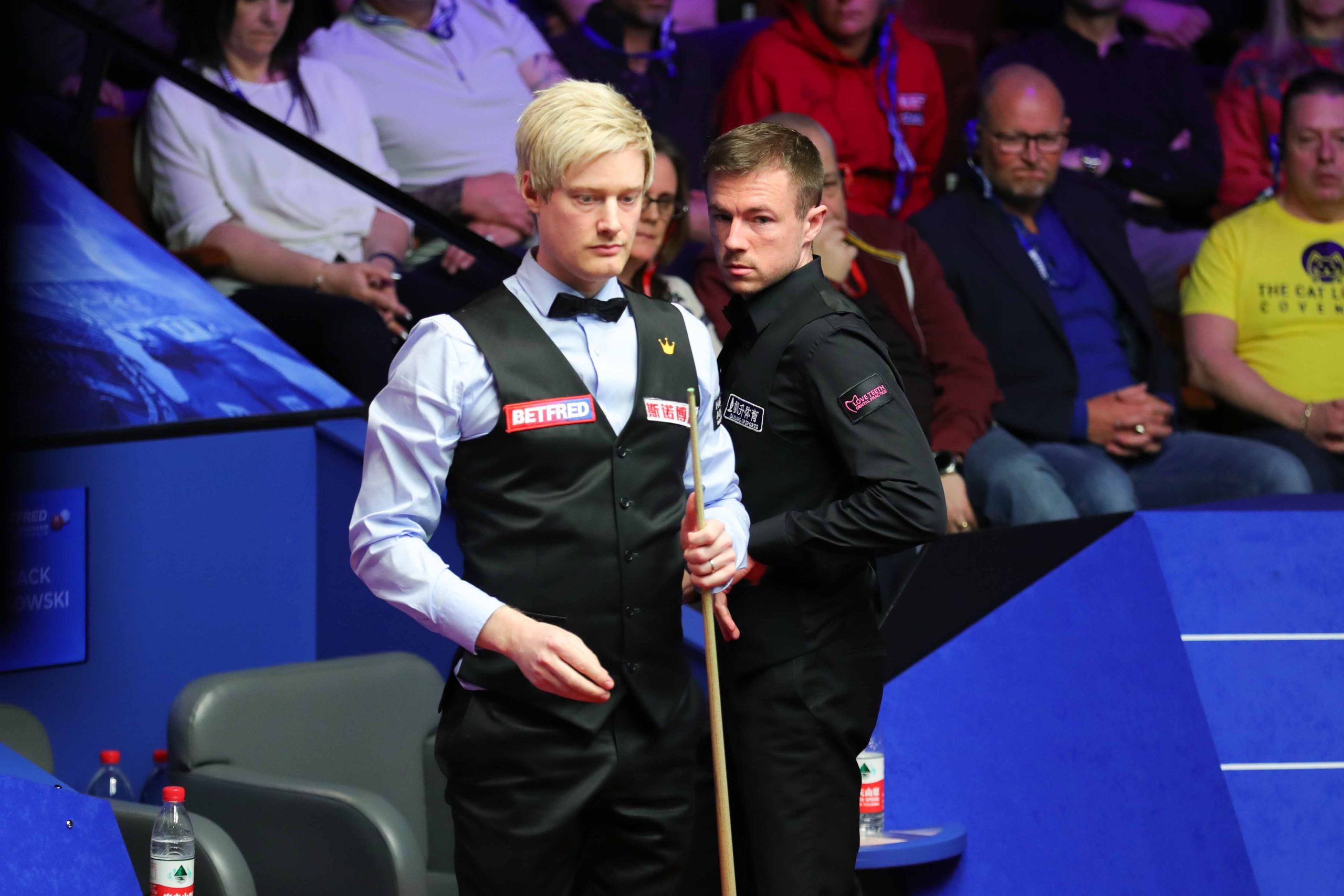 Neil Robertson and Jack Lisowski couldn’t be separated after an intriguing first session of their Betfred World Championship last 16 encounter, which saw the pair end locked level at 4-4.

Australia’s Robertson made four centuries in a 10-5 opening round defeat of debutant Ashley Hugill. That was a continuation of his superb form this season, which has seen him capture a sixth Triple Crown title at the Masters in January and secure ranking silverware at the English Open, Players Championship and Tour Championship.

Lisowski is bidding for a first ever quarter-final appearance at the Crucible. The Gloucestershire potter bowed out at this stage last year at the hands of Robertson, succumbing to a 13-9 defeat. Lisowski battled past Matthew Stevens in 10-8 in the opening round this year.

Pre-tournament favourite Robertson imposed himself in the early stages of this tie. A break of 62 gave the Melbourne cueman the opener. Lisowski had then had a great chance to level up, before a loose positional shot ended his run on 55. Robertson stepped in and crafted a contribution of 76 to lead 2-0.

Lisowski pulled a frame back by taking the third thanks to a break of 65, before winning the fourth on the pink to restore parity at 2-2. He looked to have the momentum at that point and added two more to make it four on the bounce and establish a 4-2 advantage.

However, 2010 World Champion Robertson summoned an important charge before the close of play, taking the final two frames with back-to-back century breaks of 117 and 138 to end level 4-4.

They will return to play the second session of this best of 25 encounter tomorrow afternoon at 2:30pm.