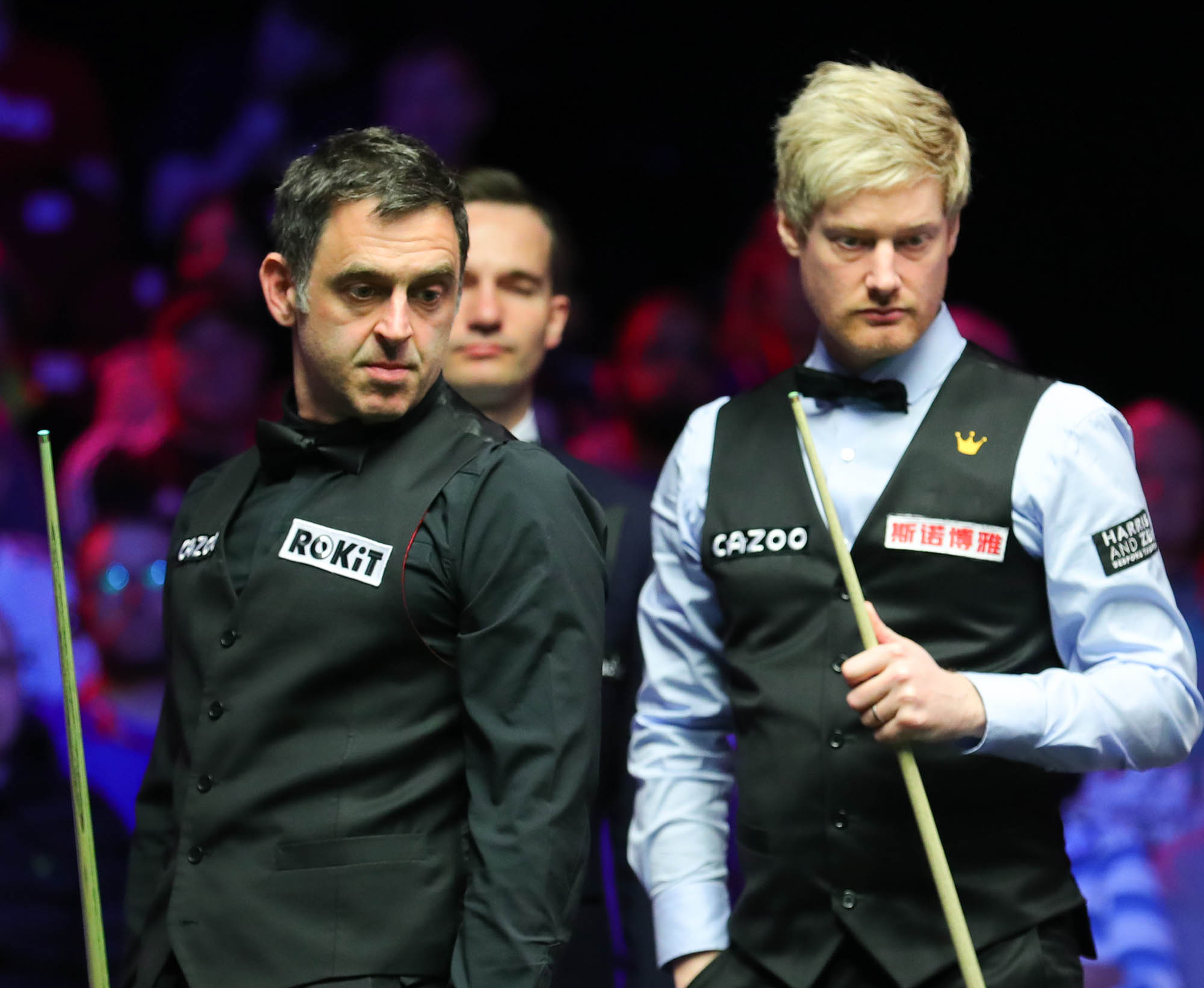 Defending champion Neil Robertson and world number one elect Ronnie O’Sullivan couldn’t be separated after a stunning session of snooker in the first semi-final at the Cazoo Tour Championship ended 4-4.

The pair clashed in last season’s final, with Robertson coming through 10-4 to win the title. They both sit at the top of the Cazoo Series standings this time around. O’Sullivan defeated Robertson in the Cazoo World Grand Prix final before Christmas and Australia’s Robertson won the Cazoo Players Championship.

They also met at the Cazoo Masters, where Robertson defeated O’Sullivan on the way to winning the event and capturing the Paul Hunter Trophy. Regardless of what happens over the weekend, 38-time ranking event winner O’Sullivan is guaranteed to move to the top of the world rankings.

Robertson took the opening frame this afternoon with a century run of 115. However, from there it was the Rocket who turned on the after burners. He composed breaks of 125, 90, 106 and 128 to charge into a 4-1 lead.

Despite momentum appearing to be with six-time Crucible king O’Sullivan, 2010 World Champion Robertson dug deep to turn the tide. Breaks of 62, 54, 85 and 95 helped him to four on the bounce which saw him end level at 4-4.

They will return to play this best of 19 match to a conclusion at 7:30pm.