Robertson And Wilson Tied At 8-8

Neil Robertson and Kyren Wilson are set for an intriguing conclusion to their Betfred World Championship quarter-final, locked at 8-8 going into the last session.

Last year’s Crucible runner-up Wilson has come from 5-2 down to square the match, putting Robertson out of his rhythm. Australia’s Robertson is looking to reach the semi-finals for the first time since 2014. The match resumes at 10am on Wednesday, with first to 13 frames to go through to the one-table situation. 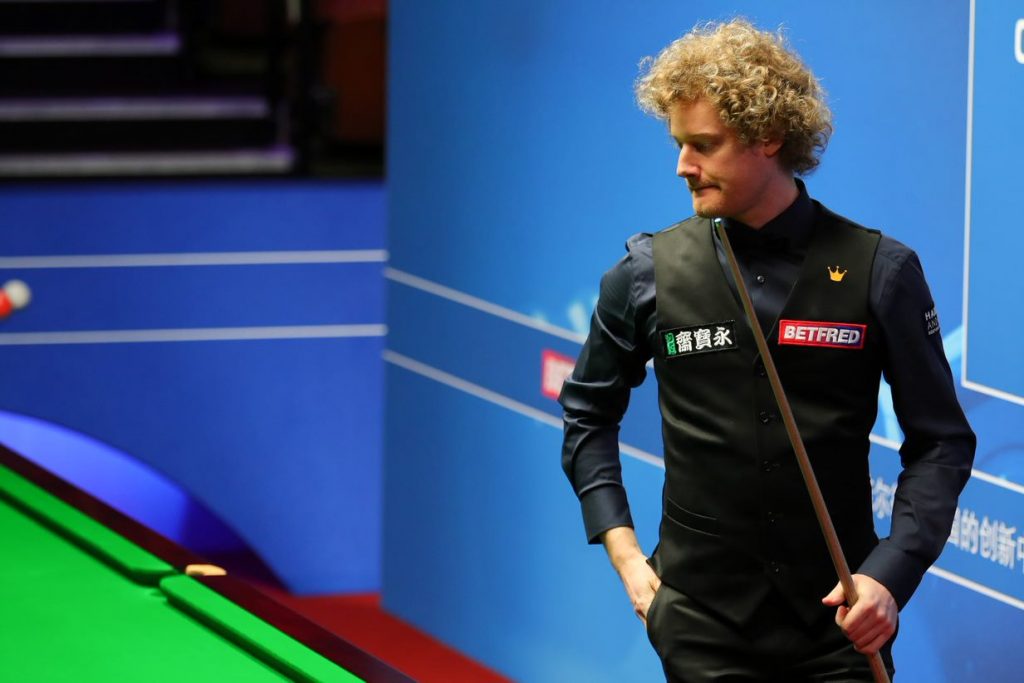 Robertson won the title in 2010

In the opening frame tonight, Robertson made a 30 clearance to take it to a respotted black, but then misjudged a safety shot and left the black over a baulk corner, allowing Wilson to pot it to trail just 5-4. Robertson won the next in three scoring visits to regain his two-frame lead.

Frame 11 came down to the last red and Wilson, leading 60-37, converted an excellent long pot and added the blue, which proved enough. A run of 60 in the 12th helped the Englishman square the match at 6-6 at the interval.

Early in frame 13, Wilson potted a long red but then missed the green to a baulk corner, and his opponent punished him with a superb 126. Robertson looked to be heading for an 8-6 advantage until he missed the black off its spot on 50. He was later trapped in a snooker on the last red and handed Wilson the chance to clear for 7-7.

A break of 53 in the 15th frame gave Wilson the lead for the first time in the match. In the last of the session, Robertson made 31 before running out of position, and Wilson had a chance to counter but missed a tough red to a centre pocket. Robertson’s 66 left the contest perfectly poised overnight.

On the other table, Anthony McGill came from 6-4 down to lead Stuart Bingham 9-7, going into their concluding session on Wednesday from 2.30pm.

McGill is on course to reach the semi-finals for a second consecutive year; at the same stage last season he lost 17-16 to Wilson. The Scot clearly loves competing on the Crucible stage and produced some inspired snooker tonight as he surged ahead of 2015 champion Bingham.

The first frame went Bingham’s way and he took the next with a break of 81 to lead 6-4. Heavy scoring was the theme of the session as McGill fired runs of 126 and 83 to level at 6-6, before Bingham regained the lead with a 120.

Scotland’s McGill dominated the last three frames with 92, 130 and 75 to give himself a handy cushion going into the third and last chapter.