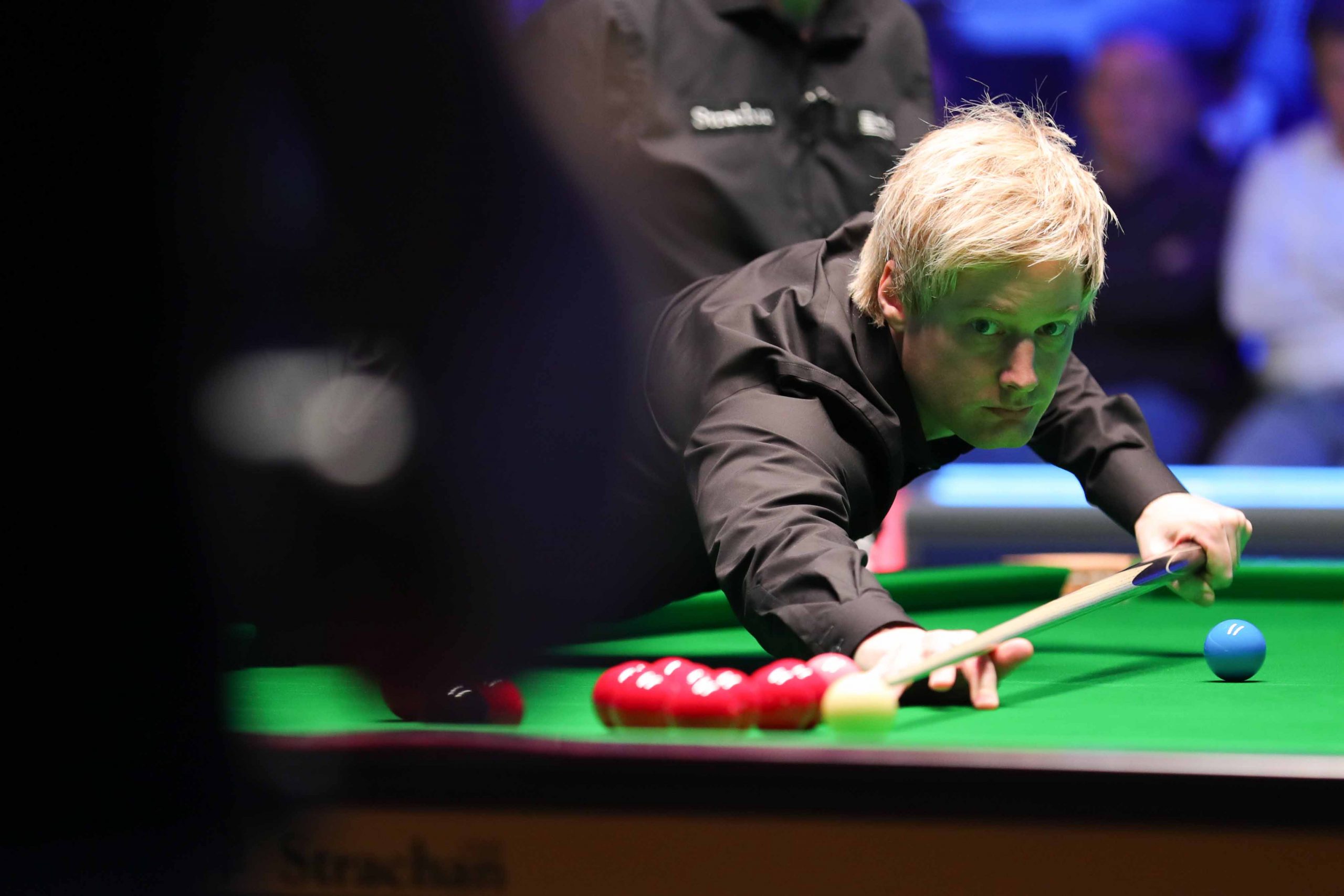 Neil Robertson battled past Thailand’s Sunny Akani 4-2 to earn his place in the last 16 of the BetVictor English Open in Milton Keynes.

Robertson is appearing in the final stages of a tournament for just the second time this season, having missed the British Open due to it clashing with his wedding to long term partner Mille. He made the last 32 of the BetVictor Northern Ireland Open.

The Australian is gearing up for the defence of his UK Championship title later this month. He defeated Judd Trump 10-9 in an epic final 12 months ago.

Robertson trailed 2-1 this evening, before restoring parity with a fine run of 106 to make it 2-2. From there he notched up a further two on the bounce, including a break of 79, to run out a 4-2 victor. Next up he faces Mark Davis.

Robertson said: “It’s all about building up to the UK Championship, enjoying myself as much as I can this week and playing some good snooker. It is great to have crowds back in. Hopefully that can build as the week goes on. It is nice to be back in a familiar environment. This venue was so amazing to us last year, it is nice to come back in and see people without a big black curtain around the table.”

World number one Judd Trump booked his place in the last 16 with a 4-1 defeat of Stephen Hallworth.

Regardless of the outcome this week, World Champion Mark Selby will overhaul Trump and claim the top spot in the world rankings. That is due to Trump’s prize money for winning the 2019 World Open and 2019 Northern Ireland Open falling off his ranking at the end of this tournament.

The Ace in the Pack top scored with a break of 87 tonight. He faces Scottish amateur Ross Muir up next. Muir whitewashed his compatriot Anthony McGill 4-0 this evening.