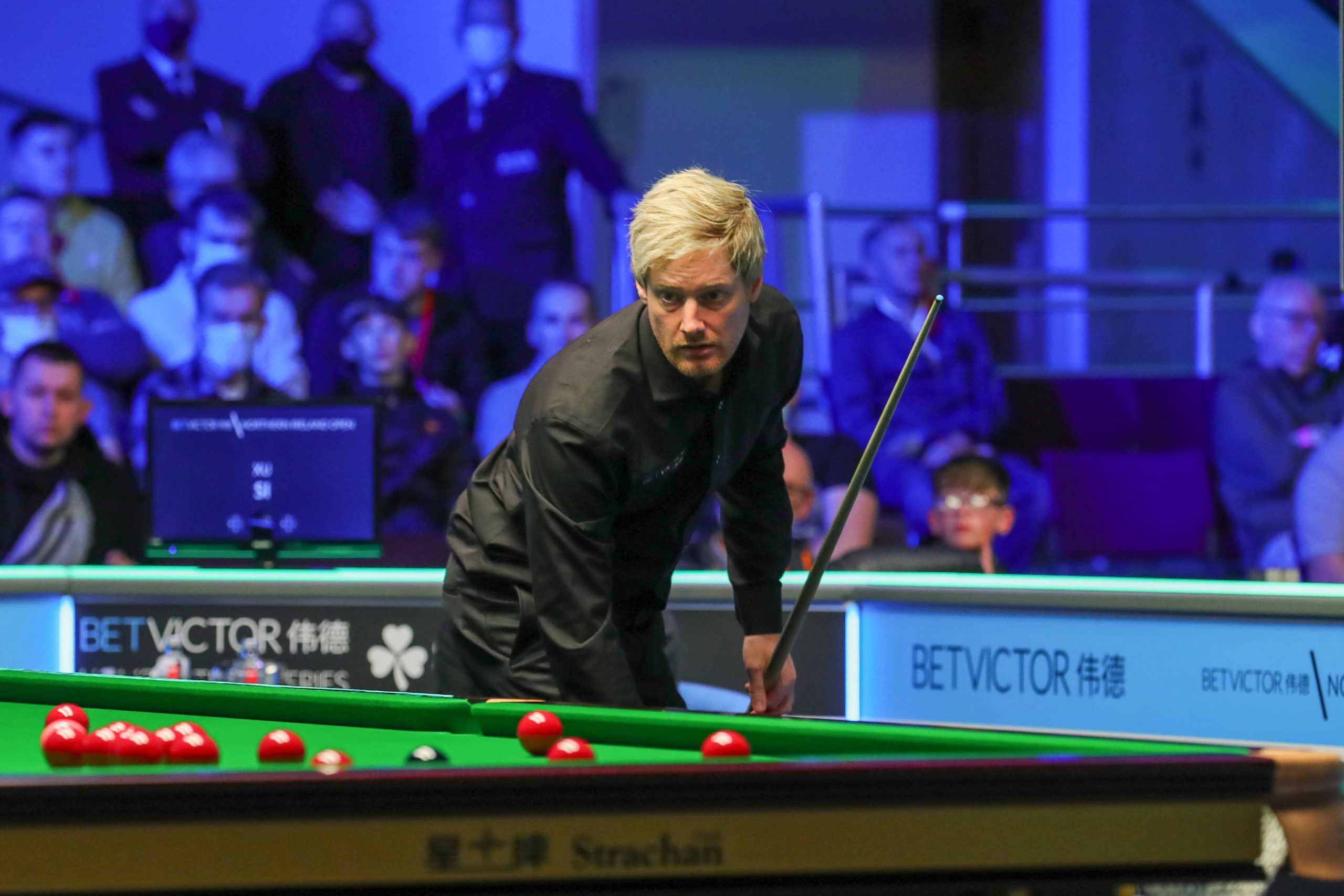 Australia’s Neil Robertson is yet to lose a frame in the BetVictor Northern Ireland Open, after recording a second whitewash win of the event by beating Xu Si 4-0 in Belfast.

The 39-year-old is making his first appearance on the circuit since bowing out of the World Championship at the hands of Kyren Wilson back in April. He missed the British Open in August due to getting married to long term partner Mille during the event.

World number four Robertson defeated Barry Pinches 4-0 in his opening round tie and it was another straightforward victory this evening. The win took just one hour and 17 minutes and he signed off with a fine century break of 102. Robertson now faces Ricky Walden in the last 32.

“Two clean sheets! It is nice to do that, because players are aware of what scores you are winning by as they are trying to get a gauge of how you are playing,” said 2010 World Champion Robertson.

“The fact that I’ve won two games 4-0 tells you I’m not giving my opponents too many chances. I’ll look to build on that and be stronger.

“The wedding was amazing and everything we hoped it would be. I was very nervous in the lead up, hoping everything would go well. I was probably more nervous going out to do the dance than anything in my life. That went really well. It was a surprise to me I managed to do the job well and Mille was fantastic throughout the day.”

Stephen Maguire held his nerve to edge out Hammad Miah 4-3 in a fiercely contested clash.

Miah had led 3-2, before 2004 UK Champion Maguire forced a decider. It looked as if it would be going the way of Miah when he led 53-0. However, Maguire pulled off a superb clearance of 63 to steal the tie. Next up he will face either Liam Highfield or Ryan Day.