Robertson Fights Back To Reach Quarters 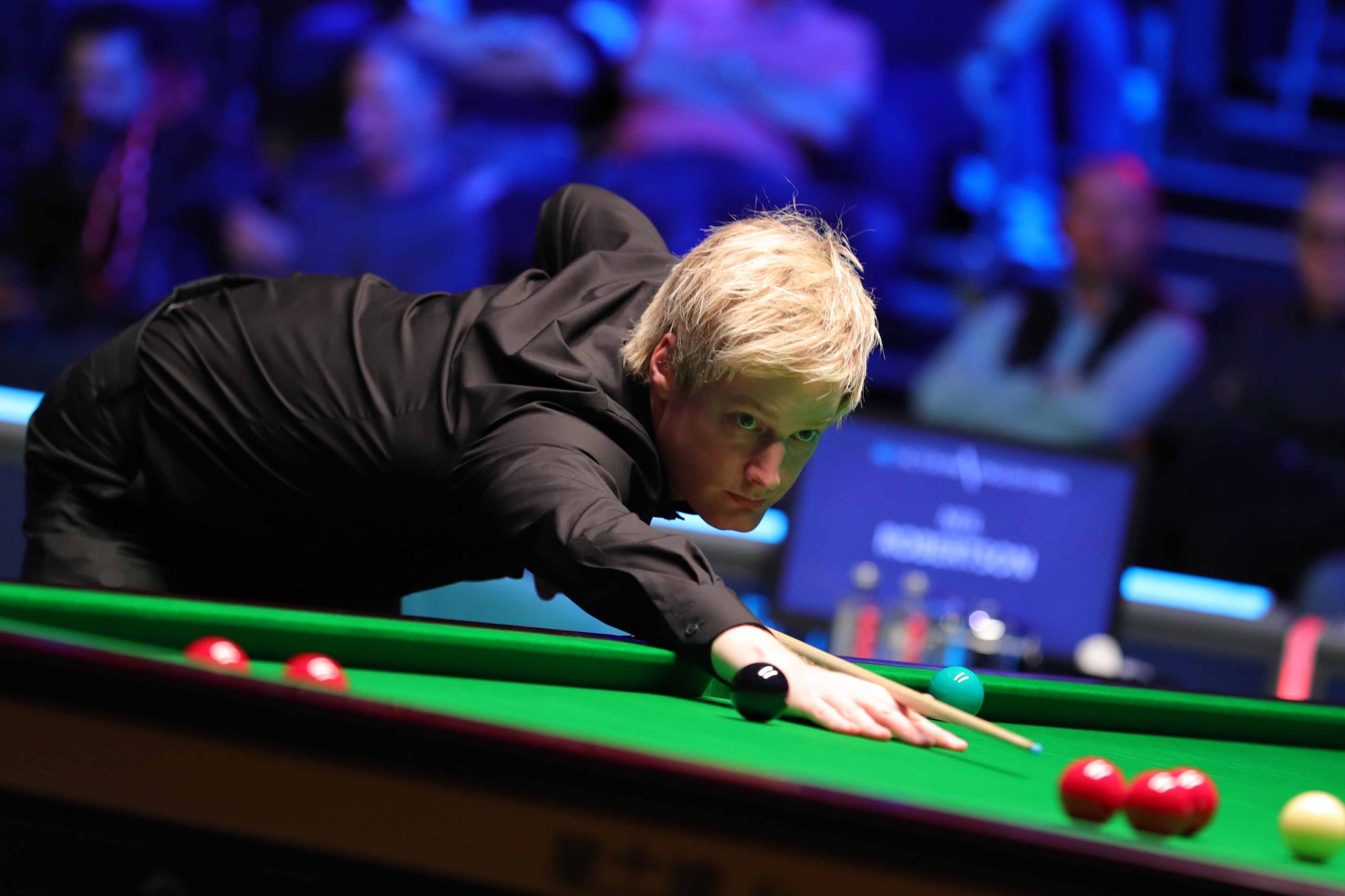 UK Champion Neil Robertson recovered from 2-0 and 3-2 down to beat Mark Davis 4-3 and reach the quarter-finals of the BetVictor English Open in Milton Keynes.

Robertson will now face a repeat of last season’s World Championship quarter-final with world number five Kyren Wilson, which he lost 13-8. Wilson reached the quarters with a 4-1 win over Robbie Williams.

Australia’s Robertson is gearing his form towards the defence of his UK Championship title later this month. He was victorious in the event 12 months ago after an epic 10-9 win over Judd Trump.

It was Hastings cueman Davis who took the early initiative this evening to lead 2-0, before breaks of 72 and 85 from 39-year-old Robertson saw him draw level at 2-2. They then traded frames as the match came down to a decider, where the Thunder from Down Under stormed over the line with a break of 73.

“It was a really good match. I thought Mark played really well. Early on his safety was very good and he didn’t let me in. It was certainly a match that was worthy of a decider. He missed a tricky black to give himself a good chance to win and I made a really good match winning break,” said 2010 World Champion Robertson.

“Kyren has a really good all round game. He never gives in and that showed at the World Championship. A few times I was within an inch of going three frames up. He dug in and ended up winning those frames. He’s got great ability to stick in a match. He’s nicknamed the Warrior for a reason. He really fights and really wants it. It is a fantastic challenge for me to face so early in the season and I’m looking forward to the match.”

Ronnie O’Sullivan narrowly missed out on a maximum break in the final frame of his 4-0 win over Jamie Clarke.

O’Sullivan looked to be in position to go for the 147 when he fell out of position on the final yellow, breaking down on 120. The six-time World Champion also composed breaks of 123 and 54 on his way to victory. Next up he will face Belgium’s Luca Brecel, who defeated Fraser Patrick 4-2.

World number one Judd Trump booked his place in the quarters with a 4-1 defeat of Ross Muir.

The Ace in the Pack is guaranteed to be overhauled by Mark Selby at the top of the world rankings at the end of this week, regardless of the outcome. That is due to Trump’s prize money for winning the 2019 World Open and 2019 Northern Ireland Open falling off his ranking at the end of this tournament.

He produced a superb showing to brush aside Muir this evening. Having trailed 1-0, breaks of 81, 57, 104 and 62 saw Trump sweep to four on the bounce to secure victory.

Trump will face Mark King in the quarter-finals. King earned his passage with a 4-0 win over English under-16 champion Paul Deaville.

John Higgins progressed to the quarters with a 4-1 win over China’s Ding Junhui.

Scotland’s 31-time ranking event winner Higgins said earlier in the week that he felt he was playing the best snooker of his life. He put on a break building masterclass this evening, with runs of 80, 69 97 and 103 securing the win.