Neil Robertson described the strength of the remaining field at the Betfred World Championship as “scary” but bolstered his status as one of the favourites for the title as he beat Jack Lisowski 13-9 to book a place in the last eight.

By his own high standards, Robertson has a disappointing record at the Crucible since he won the title in 2010; he hasn’t reached the semi-finals since 2014. With a refreshed attitude towards the marathon of the mind, and a determination to remain focussed in every session and play his own brand of snooker, this could be his best chance for more than a decade.

Robertson arrived in Sheffield with the UK Championship and Cazoo Tour Championship already under his belt this season and looks on top of his game, having made seven centuries and 13 more breaks over 50 in the tournament so far. He will face Kyren Wilson or Barry Hawkins in the quarter-finals on Tuesday and Wednesday,  and a potential semi-final blockbuster with Judd Trump could be looming on the horizon.

“My next match will be tough and I wouldn’t expect anything else here,” said the Thunder From Down Under. “Long gone are the days when a random player could reach the quarter-finals. With 14 of the 16 seeds getting through, the second round draw was scary. I will just prepare myself well and play my game.”

Leading 9-7 overnight, Robertson extended his advantage this morning with breaks of 126 and 87 to go 11-7 ahead. Frame 19 came down to the last red and Robertson accidentally went in-off attempting safety, handing his opponent the chance to clear the table and close the gap.

World number three Robertson enjoyed a huge slice of good fortune when he trailed 40-8 in frame 20 as he fluked a red while playing safe, which set him up for a break of 70 to make it 12-8 at the interval.

Lisowski pulled one back with a 71, but Robertson made a break of 90 in frame 22 to secure his sixth win over Lisowski in as many meetings. 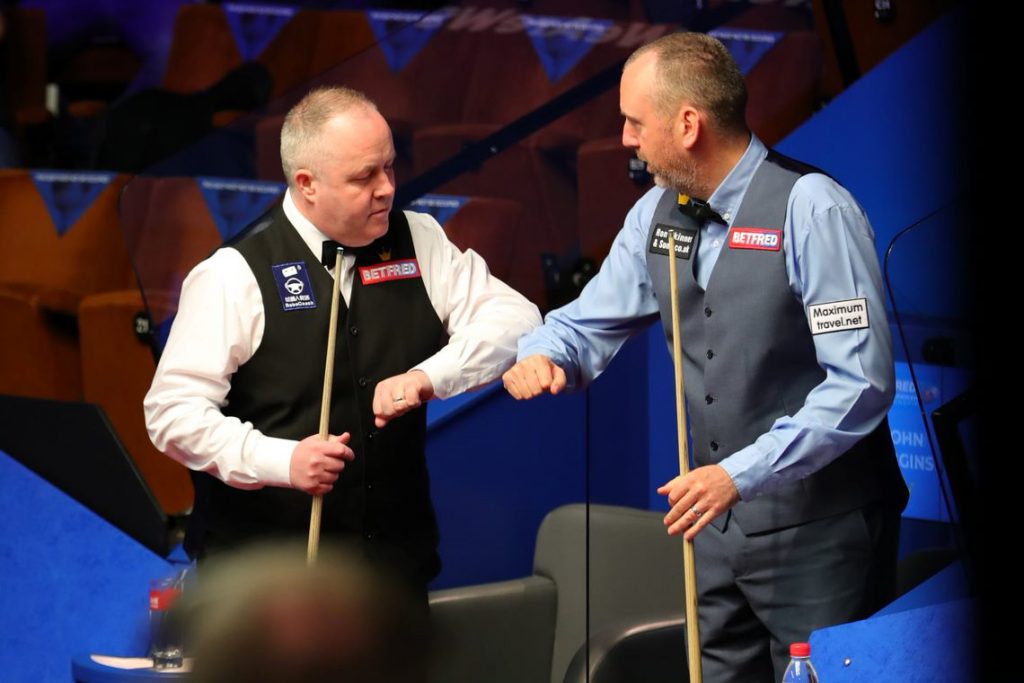 On the other table, Mark Williams dominated John Higgins to build a 10-6 lead, with that match to resume at 7pm tonight. It’s a repeat of the 2018 Crucible final which Williams won 18-16, and once again the Welshman is on course to come out on top.

Three-time champion Williams trailed 3-1 in the early stages but took the last four frames of the first session on Friday, then won another five on the spin as they got underway today. Breaks of 108, 63, 80 helped put him 10-3 in front.

In frame 14, Higgins was on course for a 147, which would have made him the first player to make maximum breaks at the Crucible in consecutive years. After taking 14 reds with blacks, he potted the 15th red to a baulk corner but over-screwed the cue ball and left it on the top cushion, before missing a difficult black with the break on 105.

That gave four-time Crucible king Higgins the impetus to claw his way back into the contest as runs of 107 and 82 reduced his deficit to four frames.