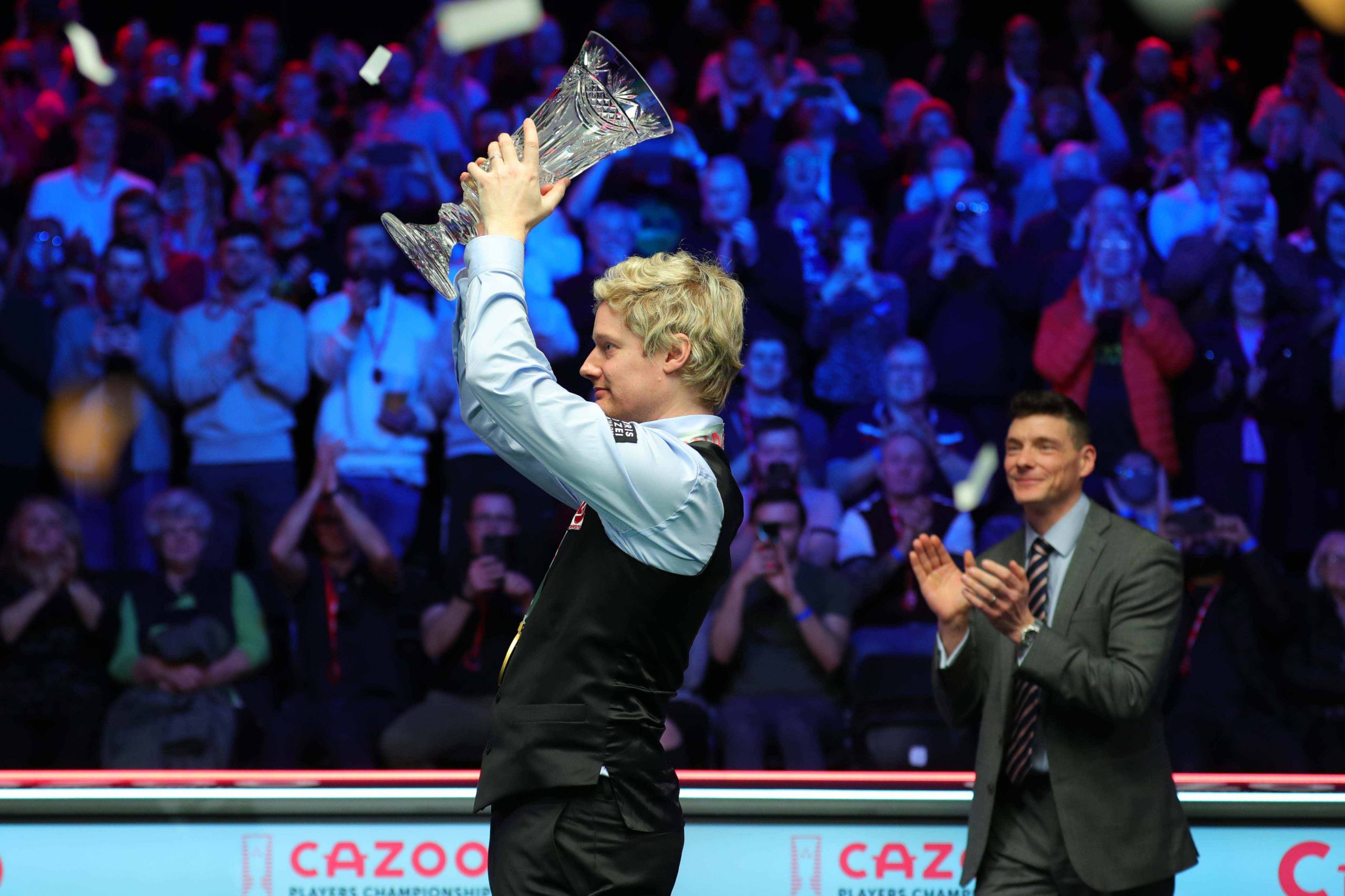 Neil Robertson won the Cazoo Players Championship for the first time, beating Barry Hawkins 10-5 In the final in Wolverhampton.

Victory sees 2010 World Champion Robertson rack up the 22nd ranking event win of his career. It draws him level with 2019 Crucible king Judd Trump in tied sixth position on the all-time list.

Robertson appeared in two Players Championship finals in the event’s previous format back in 2012 and 2013, but lost to Stephen Lee and Ding Junhui respectively. He was also runner-up to Ronnie O’Sullivan in the 2019 edition. The Melbourne put that losing streak right at the fourth attempt this evening. The victory lands him the £125,000 top prize.

He is now amassing an impressive winning run against this evening’s opponent Hawkins, who he has beaten in their six previous meetings. Tonight’s match was a repeat of last month’s Cazoo Masters final, where Robertson prevailed by a 10-4 scoreline.

Robertson is assured of a place in next month’s Cazoo Tour Championship, where he will be defending champion. Despite winning the event 12 months ago, the tournament is reserved for only the top eight players on this season’s one-year list. Robertson came into this week ranked in sixth position with his qualification in the balance, but leaves in 2nd place.

Hawkins exits with the runner-up prize of £50,000 and his hunt for a first ranking crown in five years goes on. The Londoner last picked up ranking silverware at the 2017 World Grand Prix. He can take solace from a superb streak of consistency over the past two seasons. Over that period, he’s reached four semi-finals and a further two finals.

Robertson led 5-3 heading into this evening. He had secured a 5-1 lead after firing in three consecutive centuries, but Hawkins claimed the last two of the opening session to stay in touch.

When the evening’s action got underway Robertson pulled clear once again. Runs of 58, 64 and 54 saw him take the first two frames and move 7-3 ahead. However, Hawkins dug deep to pin his opponent back and consecutive frames saw the pair head into the mid-session with Robertson leading 7-5.

When play resumed it was another ruthless burst which saw Robertson clinch the title. Contributions of 116, 51 and 69 secured three in a row to cross the line by a 10-5 margin. 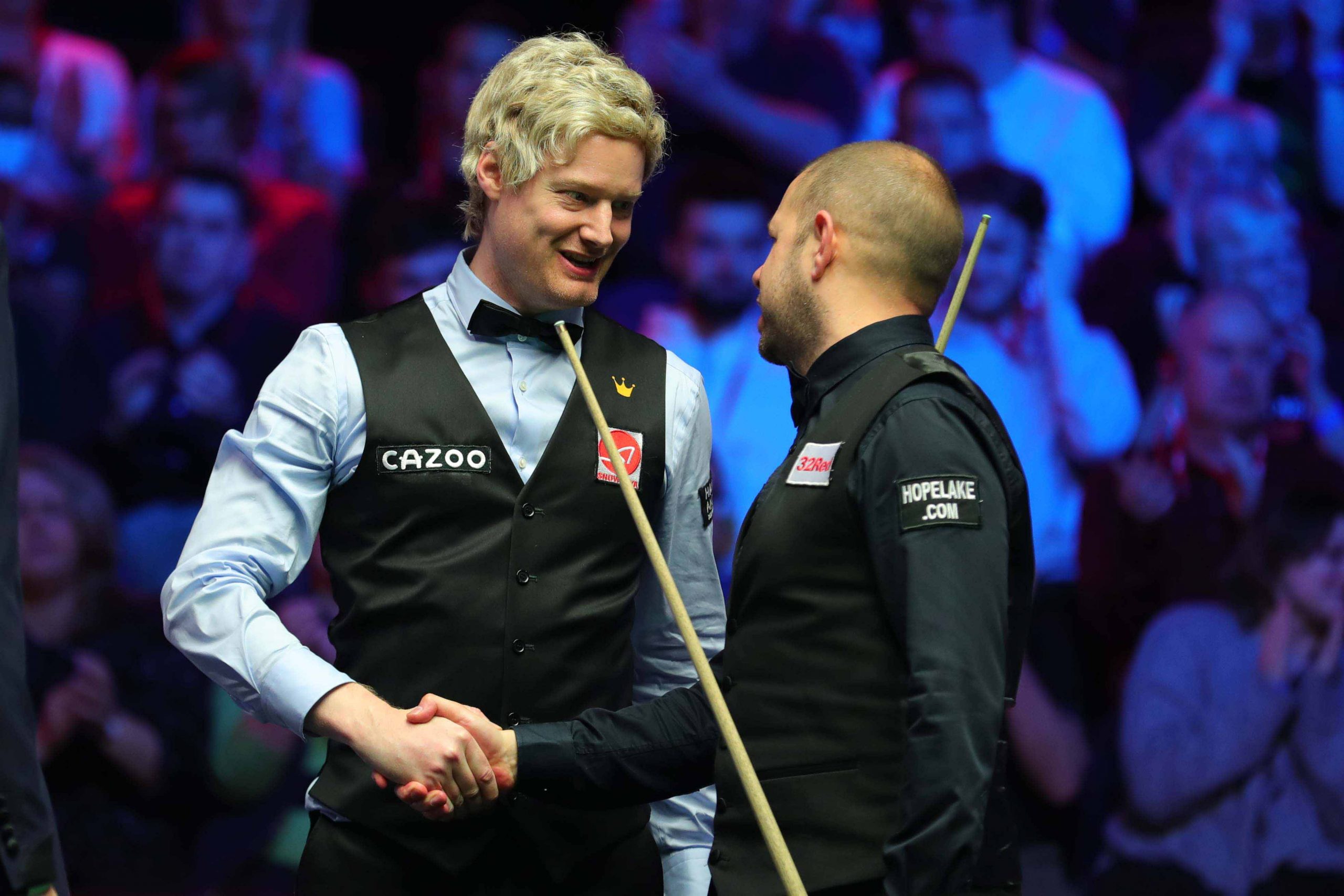 “I’m over the moon. I didn’t expect too much coming here, as I’d just come out of Covid-19 isolation four or five days before the event,” said 40-year-old Robertson.

“I didn’t produce my best snooker getting to the final. I was playing really well in the big moments and had hard fought wins. The way I came out and played today was my best snooker. Barry showed tremendous character to close it to 5-3 and 7-5. I found something once again to close it out.

“When you add in the couple of Masters and Champion of Champions wins to the 22 ranking titles, it makes me really proud. John Higgins has said this is the hardest era there has ever been in snooker. You have the Class of 92 and then myself, Selby, Trump, Murphy and all of the young Chinese players like Bingtao and Xintong. It has an unbelievable mix to the tour of experience and freshness to keep everyone on their toes.

“I noticed earlier in the week that I had lost in the final of this event a few times. It is nice to win it. This is like the Masters, in that is a top 16 event, but this is harder to get to qualify for a way. It is only the top 16 on the one-year list and there are some tremendous players not here this week. It rewards the most in form players and every match you will play is against someone full of confidence.”

Hawkins said: “I don’t feel like I did that much wrong today. Neil was in devastating form and I was just hanging on to his coattails most of the way. When someone is playing like that it is hard to keep hold of them.

“I never give in. You never know what can happen. To get back to 7-5 I felt I was still in the match. He just pulled away in the end and was just too strong.”