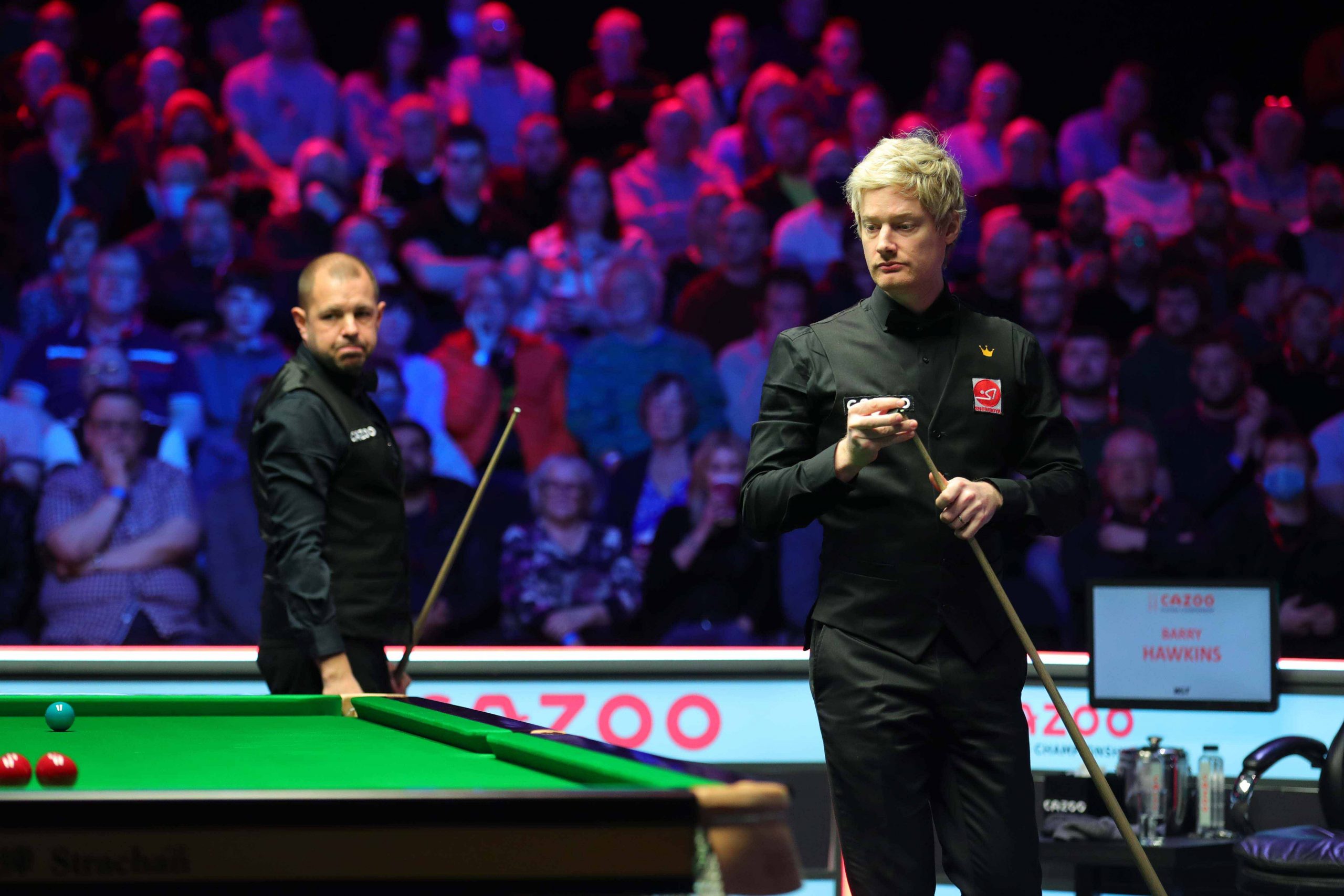 Neil Robertson emerged from the opening session of the Cazoo Players Championship final with a 5-3 lead over Barry Hawkins.

The showdown is a repeat of last month’s Cazoo Masters title match, where the Australia’s Robertson prevailed by a 10-4 scoreline.

Robertson has won his last five meetings with Hawkins and holds an 11-4 advantage in the overall head-to-head. However, three-time ranking event winner Hawkins will head into this evening with belief, after claiming the final two frames of the afternoon to keep himself in contention.

The Hawk is aiming for a first victory in ranking competition since the 2017 World Grand Prix, where he beat Ryan Day in the final. Robertson already has 21 ranking crowns to his name, but he is still attempting to secure a maiden win in this event.

It was Hawkins who took the opener this afternoon with a run of 91. However, from there Robertson restored parity and then claimed control of the encounter. Despite Hawkins leading 55-0 in the third, breaks of 41 and 43 saw Robertson move 2-1 ahead.

The Melbourne cueman then produced a barrage of breaks to storm clear. Back-to-back century runs of 107, 105 and 130 saw him move 5-1 ahead. Hawkins showed his class to keep the game alive, securing the seventh frame and then composing a stunning break of 137 to end just 5-3 behind.