Robertson Pulls Away To Beat Liang


Neil Robertson took the last five frames to beat Liang Wenbo 10-5 and reach the last 16 of the Betfred World Championship.

World number two Robertson was pushed hard by his Chinese opponent for much of the contest, but grew stronger at the business end as he set up a meeting with Barry Hawkins or Alexander Ursenbacher in the last 16. 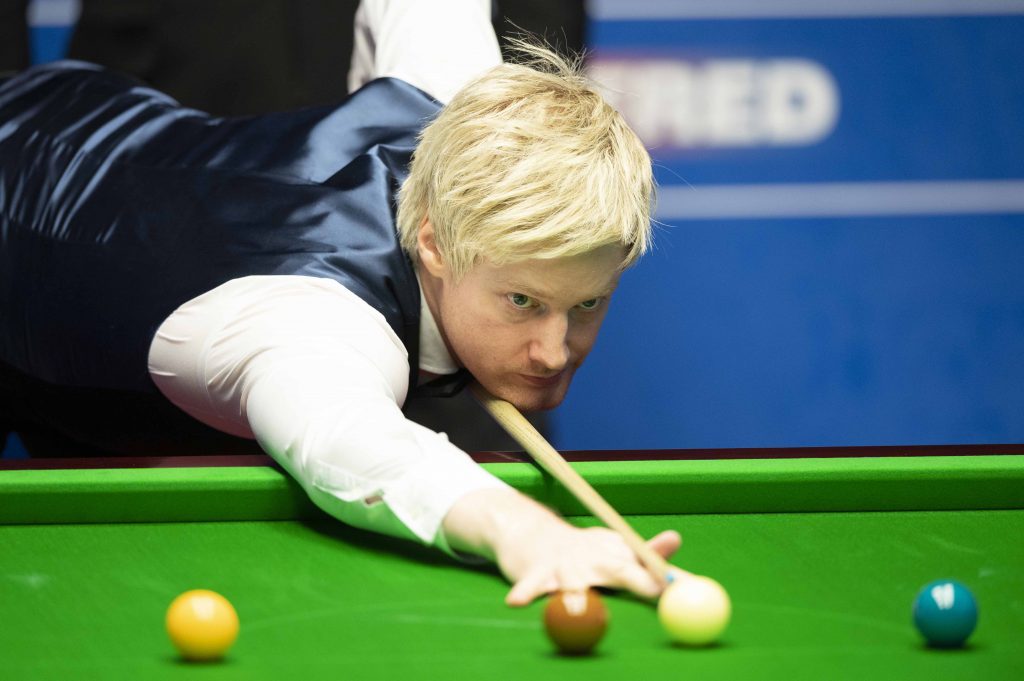 Surprisingly for a player of his calibre, Robertson has not reached the Crucible final since he won the title in 2010, and in fact has been knocked out in the first round four times in that period. After an excellent season which has seen him lift trophies at the Champion of Champions, European Masters and Players Championship, he is in good enough form for a tilt at the title.

Liang won the opening frame today with a break of 82 to draw level at 5-5, only for Robertson to fire runs of 97 and 89 for 7-5. Frame 13 came down to the last red and Liang missed a tough pot to a top corner when leading 61-40, handing his opponent the chance to extend his lead to three frames at the interval.

That effectively ended Liang’s resistance, as Robertson was able to take the last two frames with a top run of 50 to complete the scoreline.