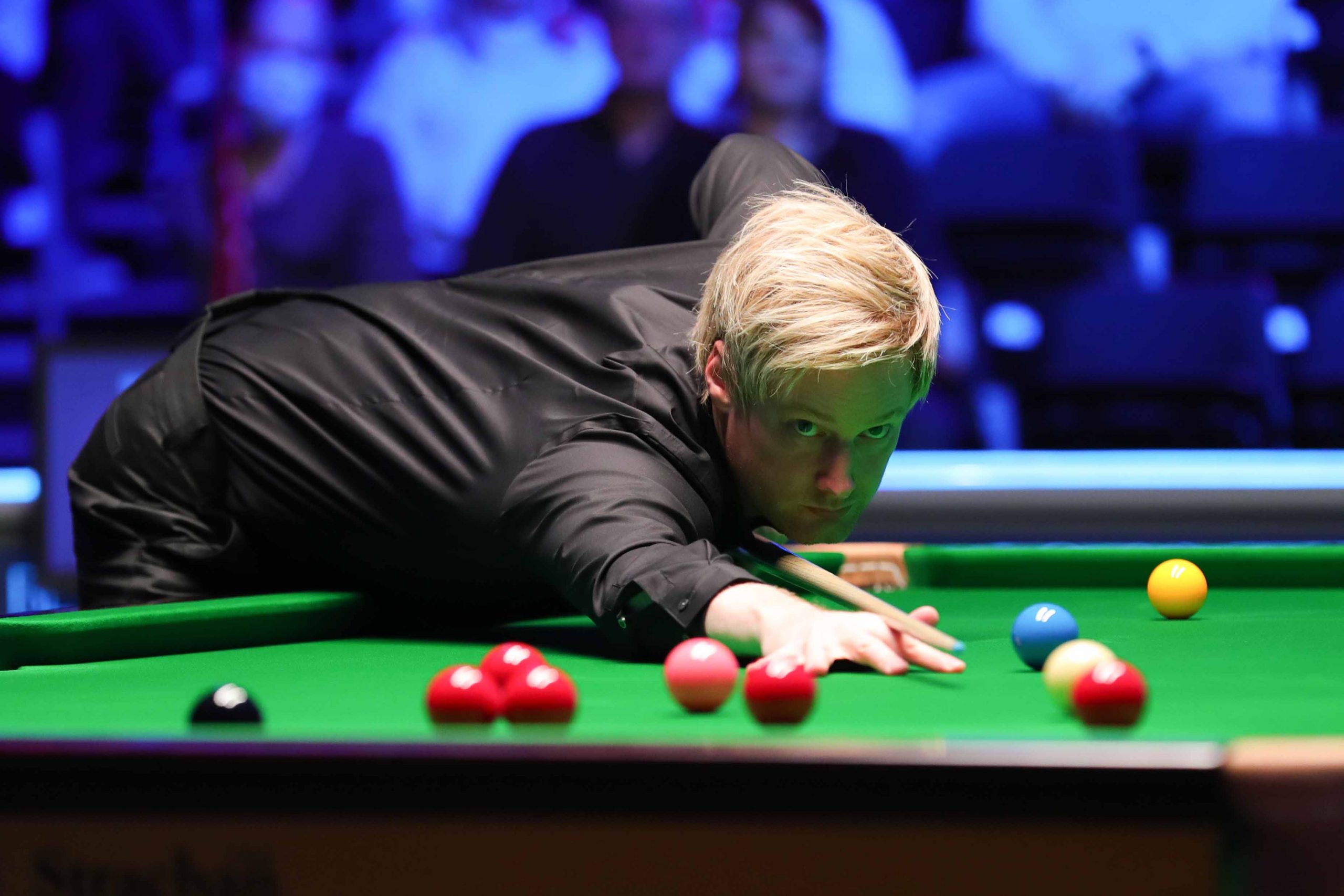 Neil Robertson is through to the BetVictor English Open final after a fiercely fought 6-4 win over Mark King at the Marshall Arena in Milton Keynes.

The Australian now faces four-time World Champion John Higgins in tomorrow’s final over the best of 17 frames, with the Steve Davis Trophy and a top prize of £70,000 on the line.

It will only be the second time that 2010 Crucible king Robertson and Higgins have met in a ranking final. Their first contest in a ranking event title match was at the 2013 Wuxi Classic, when Robertson won 10-7. Higgins leads the current head to head record 8-7.

Robertson will be aiming to go one better than he did 12 months ago here in Milton Keynes. The Thunder from Down Under was narrowly edged out 9-8 in a thrilling clash with Judd Trump in the 2020 English Open final.

This evening’s loss ends an impressive week for 2016 Northern Ireland Open champion King. The Romford cueman defeated world number one Judd Trump in the quarters and will pick up £20,000 for reaching the last four. However, King remains without a win against Robertson and now trails their head-to-head 6-0.

Having shared the first two frames this evening, Robertson composed breaks of 51 and 52 in the third to move 2-1 ahead. King controlled the fourth and ensured they went into the mid-session level at 2-2.

When they returned King gained a foothold in the match by claiming two protracted frames on the bounce, a 33 minute fifth and a 25 minute sixth, to lead 4-2.

From that point on Robertson clicked into gear. He made breaks of 111 and 101 on his way to a four frame blitz that secured his 6-4 victory and place in the final.

“It certainly didn’t look like I was going to finish off the match the way I did at 4-2 down,” said 39-year-old Robertson. “I still felt really good, I just needed the chances. Luckily at 4-4 I got some good chances and I was able to make the most of them.

“There were a lot of really tough frames. It wasn’t negative from either of us, we were trying to make breaks. The balls just happened to run a certain way and Mark was very good once the balls found themselves in those situations.

“My family will all be here, I suppose the Higgins clan will be here as well. It is always a great occasion, especially when the two players have families. You always see both sets of the family and the two wives are normally joking with each other backstage. We are slogging it out while they are chilling out with the kids and having a better time than we do.”