Neil Robertson feels that good shot selection will be crucial to his chances of coming through a tough draw at the Betfred World Championship, having beaten Barry Hawkins 13-9 in a high quality second round match. 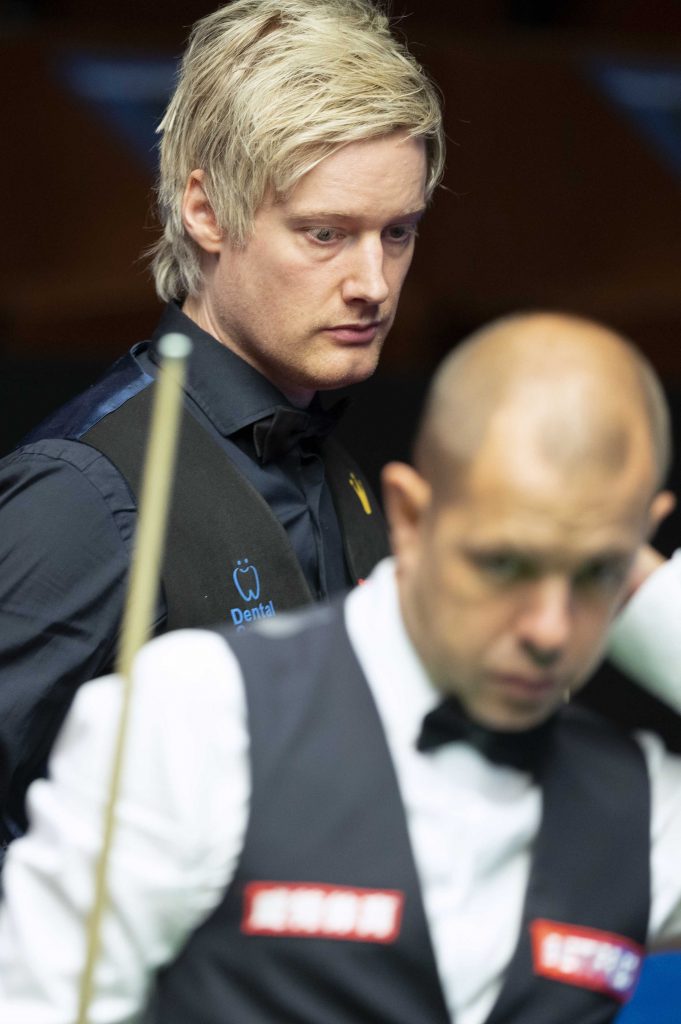 From 8-8, Robertson took five of the six frames in the concluding session to score a comfortable victory and set up a quarter-final with Mark Selby.

Hawkins was a dangerous opponent for Robertson as early as the last 16, and the contest featured five centuries and 11 more breaks over 50. But the Australian grew stronger at the business end as he booked his eighth Crucible quarter-final. He has reached the final just once – when he won the title in 2010 – but with three titles under his belt already this season, the 38-year-old looks to have the form and belief to go all the way.

World number two Robertson made a fast start today, winning three frames in a row with top breaks of 59, 42 and 50 to go 11-8 ahead. Hawkins pulled one back with a 104 to stay in touch. But after the interval Robertson regained the momentum with a run of 79 to go 12-9 ahead.

In frame 22, Hawkins had a chance to clear from 61-4 down, and got to the last red but then missed a tough pot along the side cushion with the rest. Robertson potted red and black to secure his place in the next round.

His only previous Crucible meeting with Selby came in the semi-finals in 2014 when Selby won a classic contest 17-15.

“When the draw came out, everyone could see how stacked the bottom half was, and then I got Liang Wenbo in the first round as well,” said Robertson. “Barry in the second round is very tough. My shot selection had to be spot on.

“I have used too many excuses in the past where I thought bad luck went against me. The best way to combat that was good shot selection. I could have been 10-6 down going into the last session, it was good discipline and choice of shots which helped me nick a couple of frames and make it 8-8. 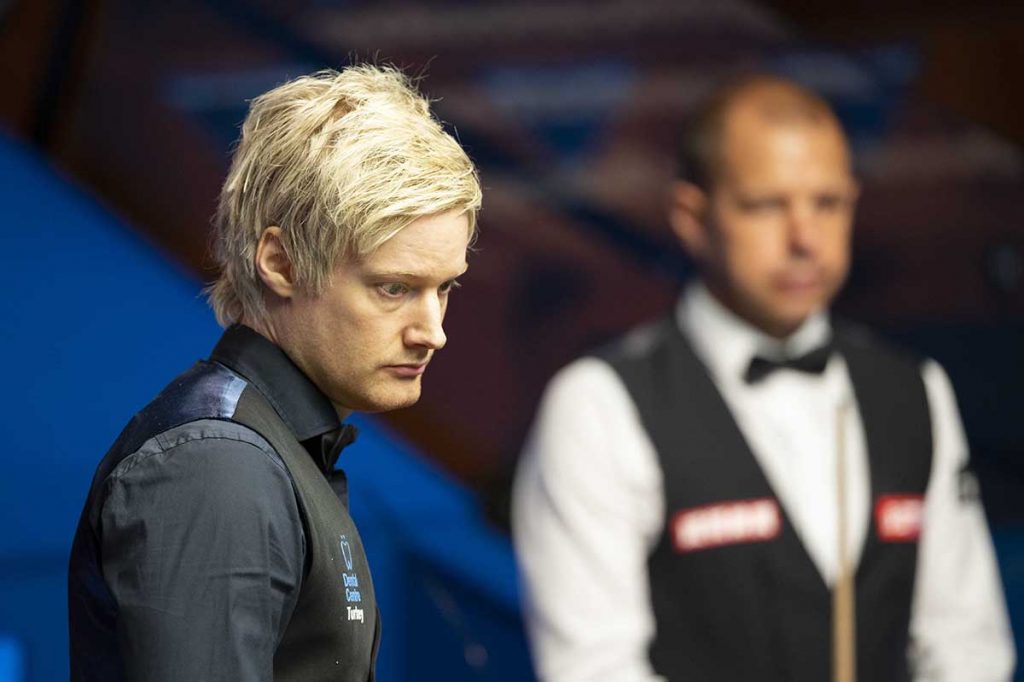 “Then in the last session today I felt I could attack the match and get to the finish line. To compare it to cricket, sometimes you need to make a crucial 40 off your first 120 balls before you can start attacking. Snooker is the same – playing rash shots can really cost you.

“It has been a brilliant season for me, then the break came at a good time because I could work on my fitness. In every frame against Barry I felt fantastic, so that work has paid dividends.”

Robertson and Selby shared a flat together when the former first lived in England as a teenager, and they have remained friends ever since. “Mark and I have got great respect for each other,” Robertson added. “We get along well, we have known each other for 20 years. We have won over 40 tournaments between us – he has got three world titles so he shades it for now! I always enjoy playing him and we tend to bring the best out of each other.”

Hawkins said: “I think it was a good match overall. I really enjoyed it. I gave it my all and that is all you can ask for. I made a few unforgivable safety errors today and I was punished big time.

“I’m happy with my new cue, that I’ve been using it for about a month now. There were a couple of shots that caught me out, safety shots with side were throwing off a bit differently. After a month I should be used to that, so I can’t use it as an excuse. I’m looking forward to carrying on with my fitness, practising hard and dedicating myself again.”