Neil Robertson’s hopes of winning a fourth title within as many months ended at the last 32 stage of the BetVictor European Masters as he lost a high quality contest against Pang Junxu 5-4.

Defeat on Thursday morning for Robertson and Barry Hawkins means that only three of the world’s top 16 players – Ronnie O’Sullivan, Yan Bingtao and Anthony McGill – have made it into the last 16 in Milton Keynes. 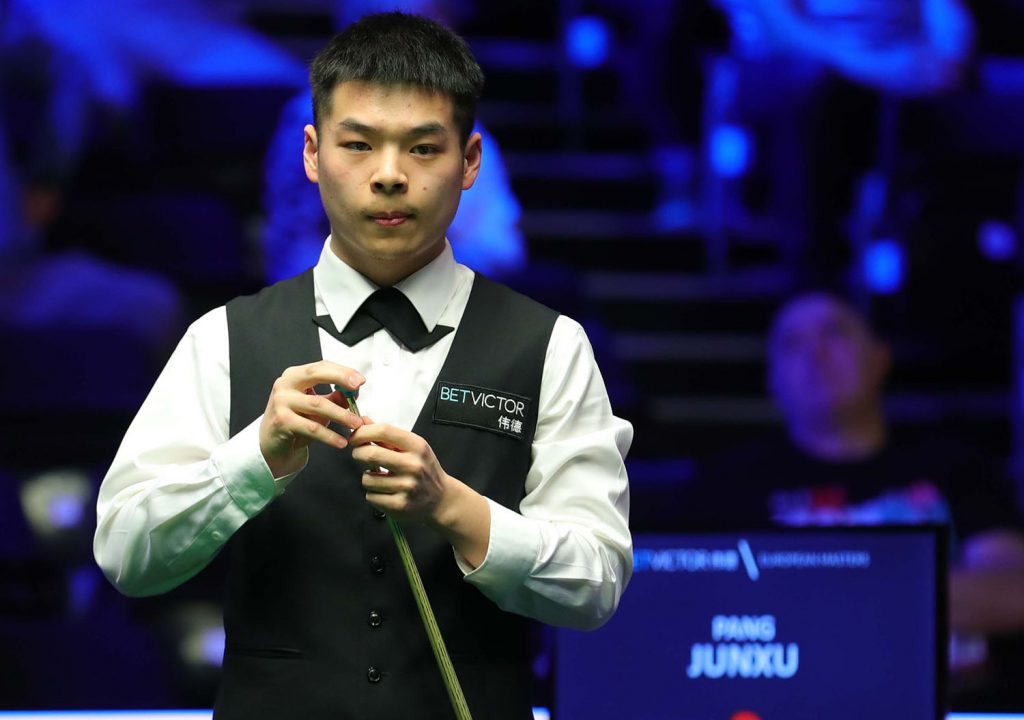 Australia’s Robertson has won the BetVictor English Open, Cazoo Masters and Cazoo Players Championship this season but this week it’s an early exit for the world number four. The result dents his chances of winning the £150,000 BetVictor Series bonus, with two more counting events to come. The top five players in that race are out of this week’s event.

Breaks of 91, 104 and 100 helped give Robertson a 4-2 lead today, but China’s 22-year-old Pang, who won the Rookie of the Year award after an impressive debut season in 2020/21, hit back with 73 and 101 for 4-4. In the decider, Robertson had first clear chance and made 29 before missing the brown to a baulk corner. Pang earned the next chance and capitalised with a superb run of 90 to reach the last 16 of a ranking event for the fourth time.

“Pang played a great match,” said Robertson. “He potted some incredible balls in the last frame. His technique is really good and if he keeps improving he could be a top player before long.”

Pang now meets David Gilbert, who came from 4-3 down to beat Barry Hawkins 5-4. Yuan Sijun top scored with 102 in a 5-2 defeat of Ricky Walden, while Liang Wenbo made a 131 in a 5-0 whitewash of Noppon Saengkham.