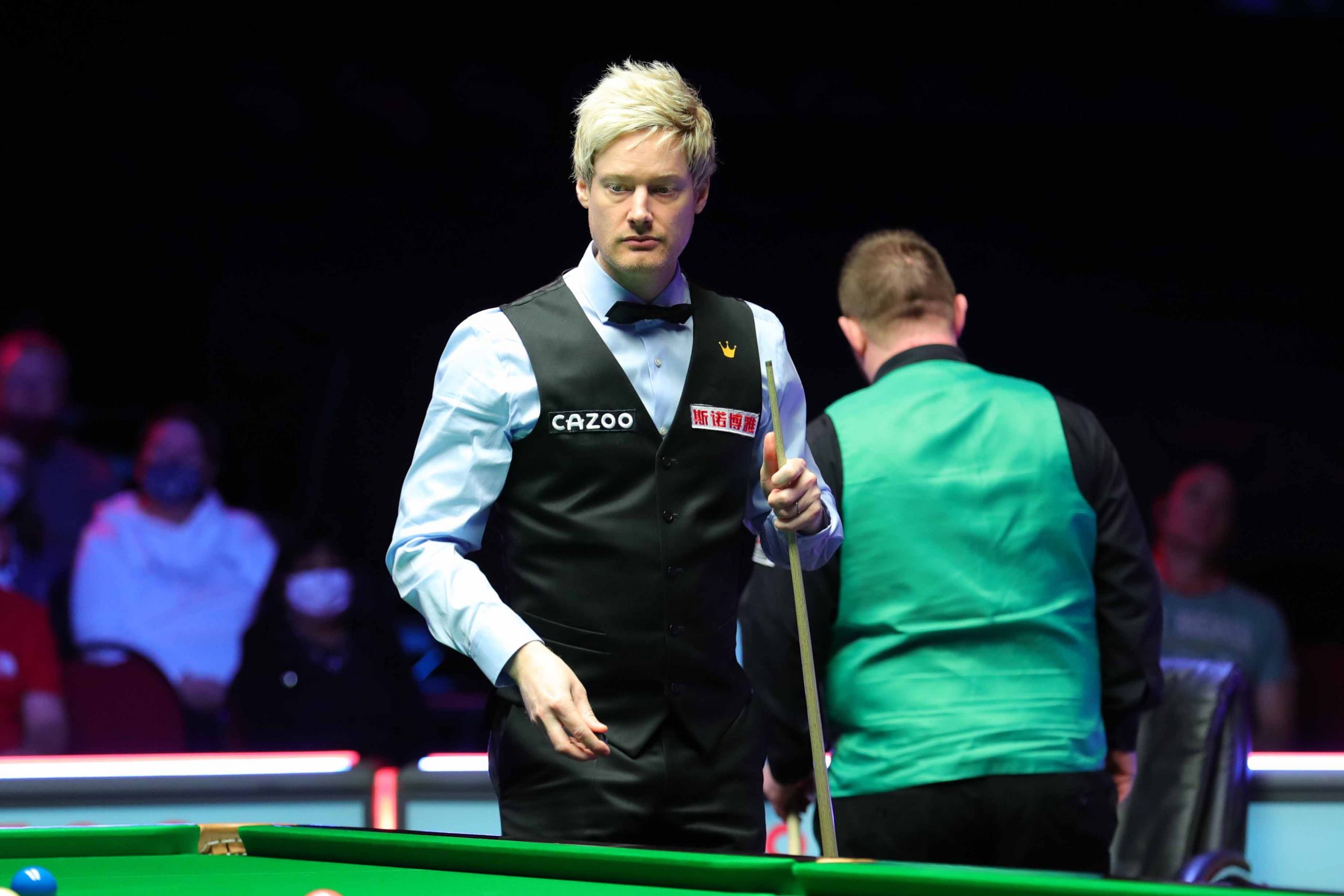 Defending champion Neil Robertson blitzed to a commanding 7-1 lead over Mark Allen after the first session on day two of the Cazoo Tour Championship in Llandudno.

Robertson lifted silverware in this event last year thanks to an impressive 10-4 win over Ronnie O’Sullivan in the final. With only the top eight on the one-year list qualifying for this elite tournament, Robertson had to perform well this season to ensure he could defend his title. He has done just that, securing ranking wins at the English Open and Cazoo Players Championship to earn a spot as second seed.

Allen’s qualification was a tighter call, but he enjoyed a landmark moment earlier in the season by defeating John Higgins 9-8 in the final of the Northern Ireland Open to win his home title for the first time. He is currently in seventh position on the one-year list.

Robertson produced a sensational display of break building to burst clear this afternoon and assume full control of this encounter. Contributions of 76, 125, 94, 103, 68 and 125 saw the Melbourne cueist move 7-0 ahead. However, Allen denied him a clean sweep of the frames to end six behind at 7-1.

The best of 19 encounter will be played to a conclusion from 7:30pm.