Robertson To Face Wilson In Semis


Neil Robertson explained the debt of thanks he owes to fiancée Mille after beating Joe Perry 5-1 to reach the semi-finals of the Coral World Grand Prix.

Kyren Wilson edged out John Higgins 5-4 and will meet Robertson in the semis in Cheltenham on Saturday evening (tickets still available, click here for details). 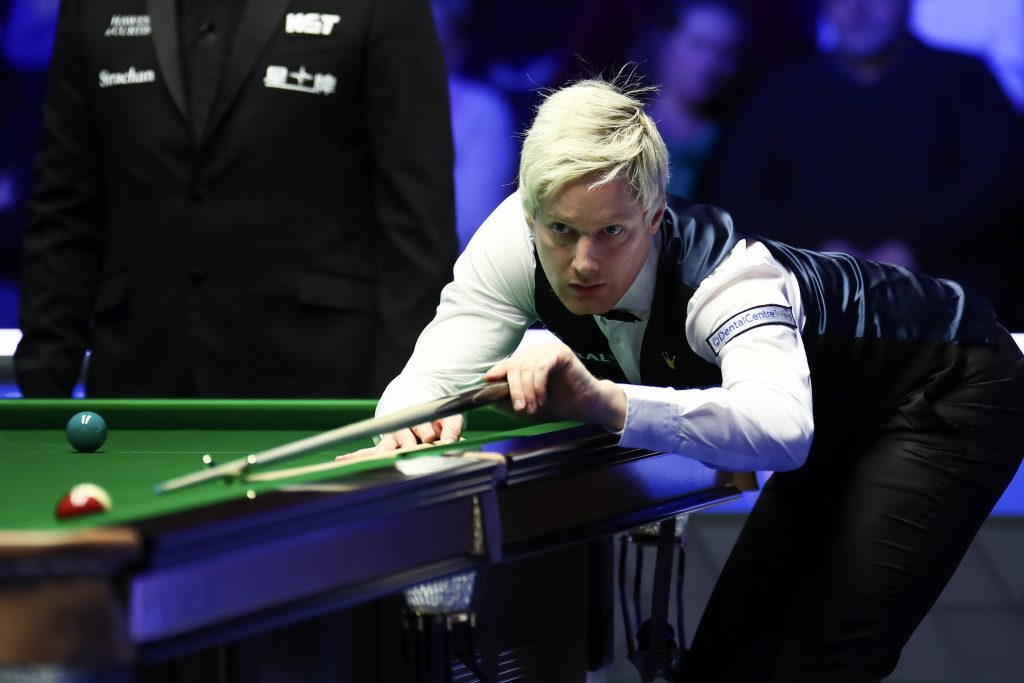 Australia’s Robertson has been in tremendous form in recent weeks, winning 16 of his last 17 matches in a ranking events, a run which has given him the European Masters title.

In 2017 he revealed that Mille, his long term partner and mother of their children Alexander and Penelope, had been suffering from anxiety and depression for two years. Her health has since improved, and Robertson himself feels that more stability in his family life has helped him to succeed in his career on the baize.

“As a family we had well documented issues away from the table. I wouldn’t be in this position now if it wasn’t for Mille,” said the 37-year-old. “I’m really motivated to do it for her. When I get home I can’t complain about being tired because I’m playing a lot of matches as she is looking after Penelope who is only sleeping four hours a night – if I did she’d probably kick me out!

“The happiness away from the table is key. I can go to tournaments and know that everything is good at home, and that makes a big difference. That’s one of the challenges for players with families, there are factors away from snooker to take into account.”

In today’s contest between two close friends, Perry took the opening frame with an excellent 62 clearance, but from that point Robertson dominated. Runs of 47 and 40 gave him the second frame than an 86 put him 2-1 up. A superb 140 total clearance in the fourth extended his advantage and made him the new front runner for the £10,000 high break prize.

Frame five came down to a safety exchange on the blue, which went in Robertson’s favour as he moved 4-1 in front. And breaks of 31 and 41 in the sixth saw him into his 39th ranking event semi-final.

“I was having one of those days where I was going for any long balls and they were going in,” he added. “When that’s happening I feel fantastic about my game. I don’t think Joe did much wrong, other than perhaps miss the chance to go 3-2. I’m not thinking much about winning, I’m just going out there and playing, and I believe my best is good enough.”