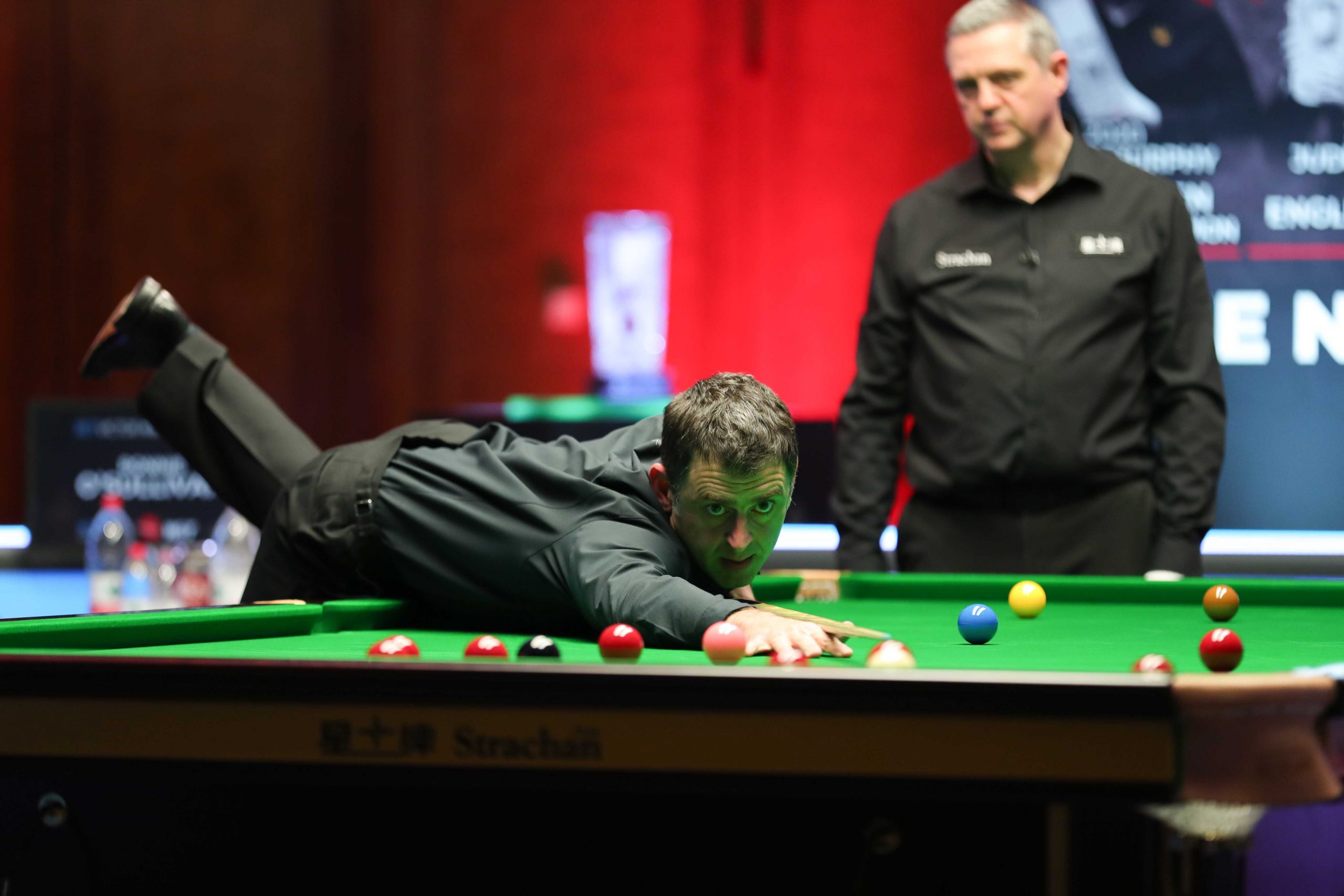 World Champion Ronnie O’Sullivan dropped his first frame of the event so far in beating China’s Zhou Yuelong 4-1 to reach the quarter-finals of the BetVictor Welsh Open at the Celtic Manor Resort.

O’Sullivan has won a remarkable 15 of 16 frames this week and is now only one win away from reaching the 80th ranking event semi-final of his career.

Earlier in the day O’Sullivan brushed aside Martin Gould 4-0 to book his place in the last 16. This evening he fired in breaks of 67, 64 and 89 on his way to establishing a 3-1 lead over Zhou.

The Rocket then summoned a sensational break of 74, starting with the white near the jaws of the green pocket and the reds placed awkwardly, to seal his 4-1 victory.

On his run in the final frame, O’Sullivan said: “Even when you are playing badly, you think that you have to try and win every frame in one visit. It is just a normal mindset for a top player, that you think if you need more than one chance it isn’t good. The start point is that I want to clear up.

“At the end of the day, it is how good your bad game is. If I can just get my bad game a bit higher, it keeps me in the game a bit longer. I can’t settle for mediocre, so I think I just have to go back to how I was playing before. It feels like I am able to make breaks like that, whereas I couldn’t before.”

O’Sullivan will face Ali Carter in the quarter-finals. The Captain secured a fine 4-2 win over Mark Allen to book his place in the last eight.

Triple Crown winner Shaun Murphy beat Barry Hawkins 4-3 on the final pink to seal a spot in the quarters. The Magician will meet Stephen Maguire up next, after the Scot defeated Pang Junxu 4-2.

Welshman Mark Williams is the last player left flying the flag for the host country, he beat Iranian Hossein Vafaei 4-2 this evening. Williams will face Tom Ford next, who edged Jack Lisowski 4-3.

Mark Selby sealed his last eight slot with a 4-2 defeat of Masters champion Yan Bingtao. He’ll now play Northern Ireland’s Jordan Brown, who beat Mark King 4-3 to reach his second quarter-final of both the year and his career.