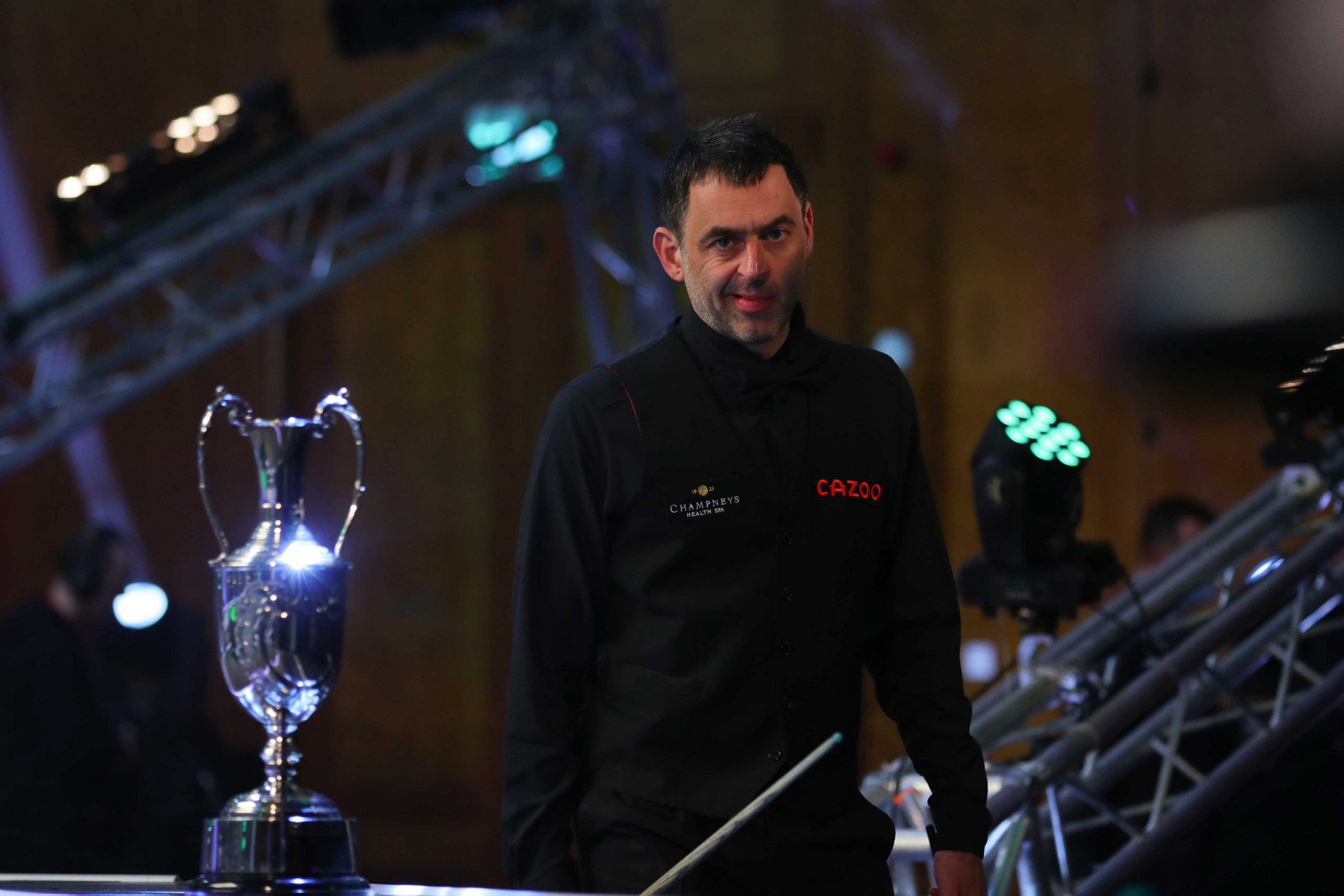 World Champion Ronnie O’Sullivan battled back from 9-6 down to beat Barry Hawkins 10-9 in a thrilling semi-final at the Cazoo Tour Championship.

Hawkins looked set for a comfortable victory until he missed a red on 46 in the 16th frame. O’Sullivan stepped up and produced a stunning clearance of 71 to keep his hopes alive at 9-7 and from there he turned the tide completely.

The Rocket then fired in a break of 90 to pull within a frame at 9-8. A dramatic 18th frame came down to the colours, with Hawkins eventually missing a tricky green and affording O’Sullivan the opportunity to deposit a thin cut, which put him level at 9-9.

O’Sullivan led 48-0 in the decider, before missing a mid-range red. The Hawk had looked set to pounce, but a missed cut back black saw him spurn his opportunity for victory. Eventually O’Sullivan decisively potted a long red from a loose Hawkins safety to get himself over the line and set up a meeting with Neil Robertson in the final.

The pair came into the evening level at 4-4 after the first session. Hawkins played superb snooker to blitz to his 9-6 advantage, making breaks of 74, 50, 103, 56 and 73. The loss will be all the harder to take considering he was also defeated 6-5 from 5-1 up against Judd Trump in their German Masters semi-final last month.

O’Sullivan will now compete in the 58th ranking final of his career. That sees him clinch the record for ranking final appearances, moving clear of Stephen Hendry who is on 57.

The 37-time ranking event winner holds a 17-8 lead in head-to-head meetings with Robertson. He’ll be hoping to enhance that record and add a first title of the season tomorrow, when they will compete over the best of 19 frames for a top prize of £150,000.

O’Sullivan has lost all four of his final appearances so far this season, having been runner-up at the Northern Ireland Open, Scottish Open, Welsh Open and the Cazoo Players Championship.

Following this evening’s victory, 45-year-old O’Sullivan said: “Barry was cueing well, potting a lot of long balls and scoring well. I felt he was the better player all the way through, until he missed that red at 9-6. I started to play with a bit more freedom then. It is strange how snooker matches can pan out.

“It’s tough. A couple of times I’ve lost matches like that when I’ve been in winning positions. That’s sometimes how it goes. I feel for Barry. I hope he can take the positives out of it. He played very well this week and his game is in good shape.

“I’m sure Neil is going to show up and play. He is Mr Consistency. The way he strikes the ball there is not a lot that can go wrong with him. I’m going to have to find some kind of level to make it a game.”

Hawkins said: “I don’t think I’ve done that much wrong. The clearance he made to keep himself in the match absolutely killed me. My head was spinning after that. He made it look so easy. More often than not you think you might have a chance to get back to the table. It is a hard one to take.

“I’ve done well to get in the tournament in the first place. Once you are in it and you are playing well and have a chance to win and get to the final, it is just hard to take. You don’t think about all of the other stuff.”