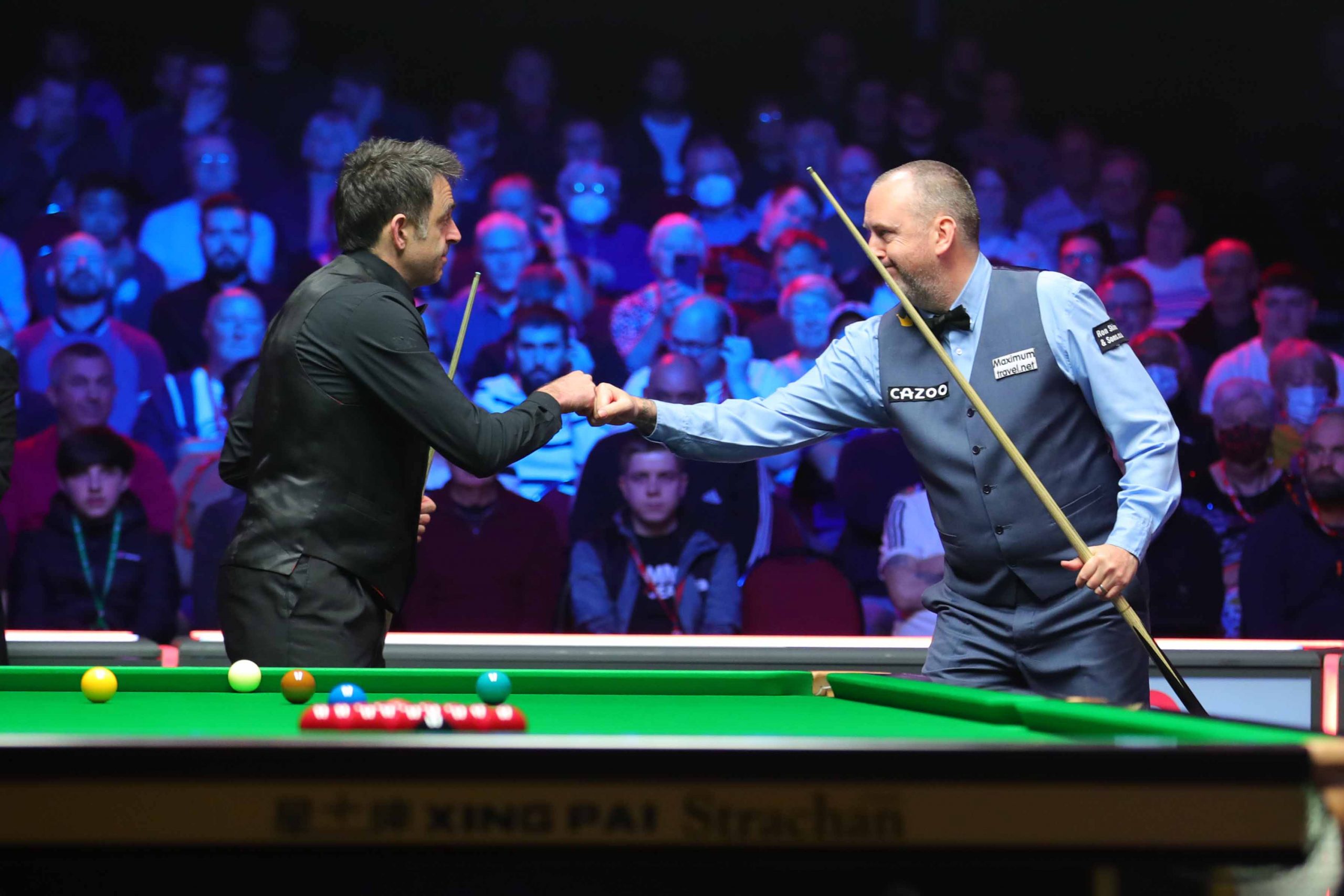 Ronnie O’Sullivan holds a 5-3 advantage over Mark Williams following the first session of their Cazoo Tour Championship opening round encounter in Llandudno.

The Rocket enjoys a dominant record against three-time World Champion Williams, having only lost once in a ranking event to the Welshman in the previous 20 years. The last time Williams beat six-time Crucible king O’Sullivan over two sessions in a ranking event was 22 years ago in the 2000 UK Championship semi-finals.

A cagey opening frame lasted 29 minutes today, with Williams eventually coming out on top. However, 38-time ranking event winner O’Sullivan quickly found his feet with breaks of 56, 84 and 131 to lead 3-1 at the mid-session.

Williams closed within a frame at 3-2 when play resumed, before a superb century run of 128 saw O’Sullivan regain his two-frame cushion. Williams fired in a 92 break to pull within a frame, but 89 from the Rocket in the eighth frame was enough to end 5-3 ahead.

The pair return to play the remainder of their best of 19 encounter from 7:30pm