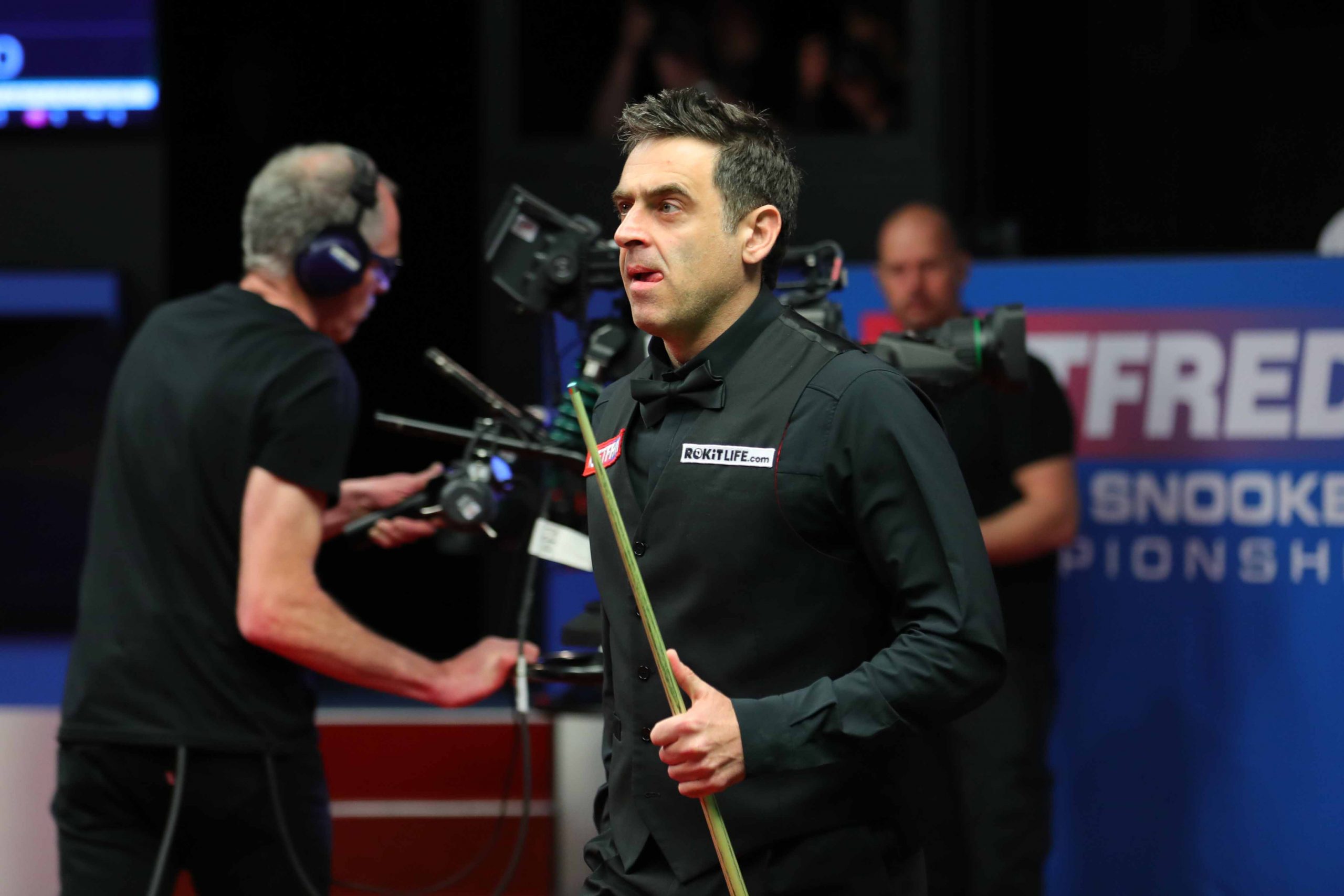 World number one Ronnie O’Sullivan put on a superb display to establish a 6-2 lead over 2018 Masters champion Mark Allen after the opening session of their second round clash at the Betfred World Championship.

O’Sullivan is seeking a record equalling seventh world title, which would match Stephen Hendry’s tally. By competing in this year’s event, he has already levelled Steve Davis’ record of 30 Crucible appearances.

The Rocket and the Pistol have only previously met once at the Theatre of Dreams. On that occasion Allen overcame O’Sullivan 13-11 in the second round and went on to make the single table semi-finals, where he lost to John Higgins. Allen hasn’t made the last four since then.

O’Sullivan had a packed Crucible crowd on tenterhooks in the opening frame this morning, where he had a good opportunity for a maximum break. However, he landed on the wrong side of the 10th red and elected to play for the pink. His run eventually broke down on 87.

Allen responded with a contribution of 68, but it was at that moment that 38-time ranking event winner O’Sullivan found his top gear. Breaks of 131, 69, 96 and 57 helped him to five on the bounce and a 6-1 lead. O’Sullivan had a chance to add the last frame of the session, but fell out of position on 22 and Allen claimed the frame to end just four behind at 6-2.

They will return for the second session of this best of 25 encounter this evening at 7pm.