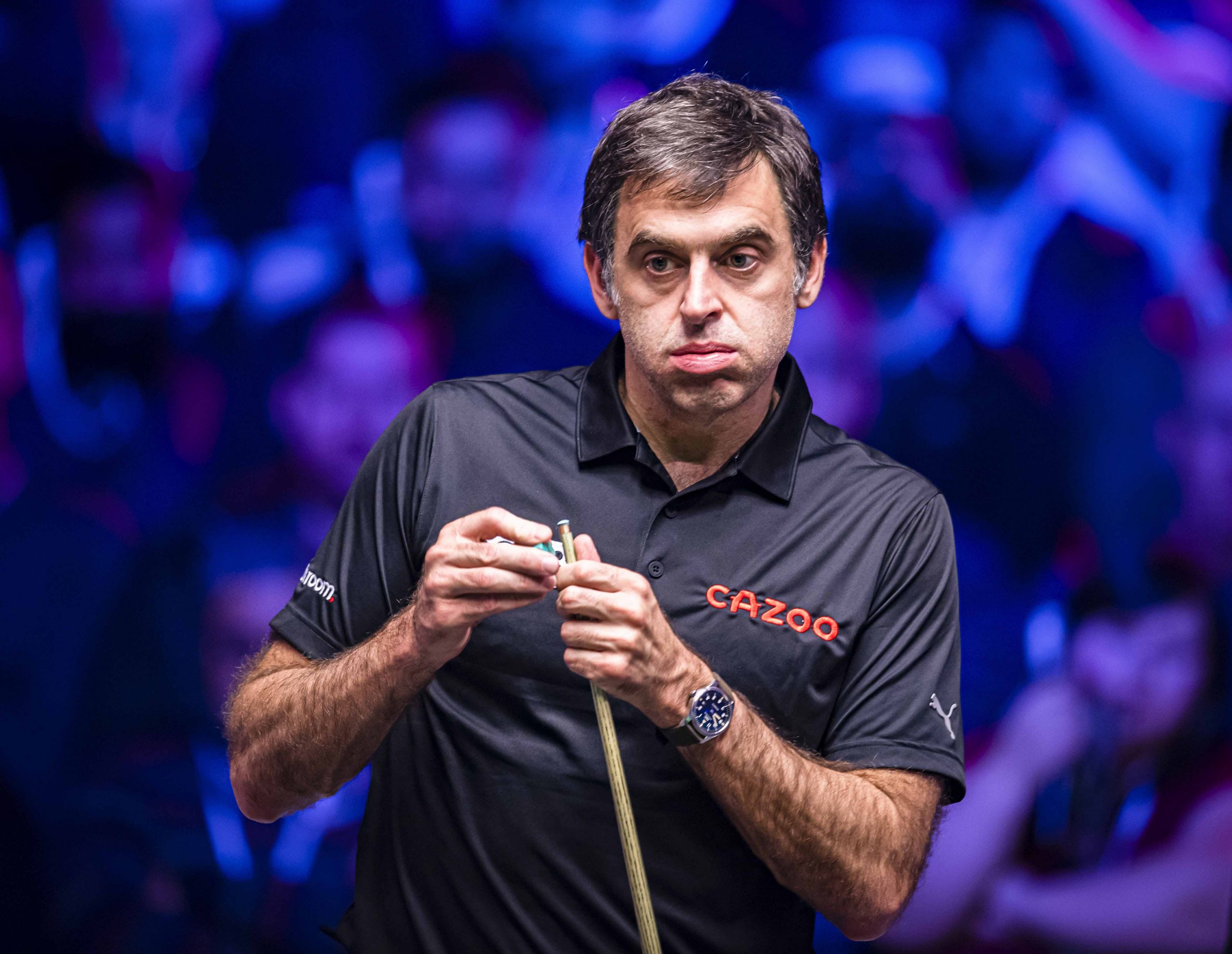 Ronnie O’Sullivan will contest his sixth Cazoo Champion of Champions final after beating Fan Zhengyi 6-2 to set up a mouth-watering clash with defending champion Judd Trump tomorrow at the University of Bolton Stadium.

O’Sullivan was quick out of the traps in front of a raucous crowd in the northwest, making 89 in the first and firing in 117 in the second to take a 2-0.  Fan led 39-1 in the third, but failed to convert the frame after a break of 89 from O’Sullivan made it 3-1. The Rocket’s momentum showed no sign of slowing down in the fifth, with a bak of 55 helping him to take a 4-1 lead, two away from the final.

O’Sullivan then moved 5-1 ahead, but Fan regrouped with a wonderful clearance of 123 to keep O’Sullivan at bay and cut the deficit to 5-2 with the highest contribution of the match.

The tide was only stemmed briefly though, O’Sullivan made 53 and 75 in the final frame to deliver an emphatic win that sees him face Trump in tomorrow’s final. The first time they will have met since the World Championship final in May.

O’Sullivan told ITV: “It’s great for everyone who loves their snooker. Hopefully, I can play a little bit better than I have done. To give Judd a game, I will have to, because he looks like he’s playing the best snooker this week. He looks to be in good form. I will have to raise my game to have a chance of winning.”

The final of the 2022 Cazoo Champion of Champions is a Best of 19 frames played over two sessions with the afternoon session underway from 12:45 pm tomorrow before the evening session from 6:45 pm. O’Sullivan is going for a record fourth title whilst Trump will be looking to become only the second player to defend his title. Action is live on ITV4 in the UK, DAZN in the USA, Canada, Brazil, Spain, and Italy as well as on Viaplay in Scandinavia and the Baltics and Matchroom.Live if you are in a country without a broadcaster. See the full list of where to watch here.