Ronnie O'Sullivan was in superb form after defeating David Gilbert 10-5 in the first round at the World Snooker Championship.

O'Sullivan actually trailed 3-0 but fought back to win the next six. Gilbert made it 6-5 before six-time world snooker champion O'Sullivan won the final four frames to claim victory.

"It was like I've gathered this toolbox over the years," O'Sullivan told BBC.

"I was just pulling out spanners, hammers, Allen keys. Little things to get you through, not just technically, some stuff mentally. It was more of a mental thing that got me through this match, more than anything technically. It's just the work I've been doing with Steve Peters over the years.

"I suppose when you're an old granddad like me, you draw on your experiences, whatever it is what you've learned."

O'Sullivan has already equalled two Crucible records at this World Snooker Championship. It was his 30th time appearing at the venue, which equals the record of Steve Davis, and he also now has 70 wins at the Crucible, a feat which equals Stephen Hendry.

O'Sullivan said he wasn't particularly bother about the records before having a dig at fellow professional Hossein Vafei who recently suggested that he was "not good for the game".

"Everyone is talking about a seventh title like Hendry, it'd be great, but he was a hero of mine. I'd quite like him to keep one of those records," he said.

"I have enough records. I won't go on about them because Hossein Vafei might get the hump!

"I've been in great form for the last six or seven years. I'd just like to thank World Snooker for making my life hell, so I could actually find myself a life where I could put up with whatever goes on. I've got my life in a great place because of them, because I had to. Now I just play for fun.

"If I'd lost today, I'd have been disappointed because I'm enjoying playing out there. On the whole, I could have took a defeat there, got over it, and been in the punditry box, and been OK with it.

"I think I can keep playing for a lot longer than I thought I could. I don't feel like I'm playing as well as I was when I was dominating, winning most of the stuff I was playing in, but I don't have to be. If I can be around, be a hindrance, a little bit like Tiger Woods. These top guys that are past their best, they are still a pain to deal with sometimes."

O'Sullivan, who is 46, told interviewer Rob Walker that he did not know if he'd play into his mid-50s.

"I'm trying to change my gym work," he said.

"Instead of running so much, I might start doing some more weights just to strengthen my bones up because I look at a lot of the 50-year-olds here, they look a bit old and fragile. I was speaking to Barry McGuigan, and he said that as you get older, maybe the weights is the way forward to keep you strong.

"I just think that as I get older, I need to look at how I physically train. Instead of running, and looking like you, I need to start looking a bit more like Arnie!

"I'm actually going to put my glasses on, so I can match you. Who's got the best glasses? These are actually headphones, not glasses. I can take some phone calls, listen to some music." 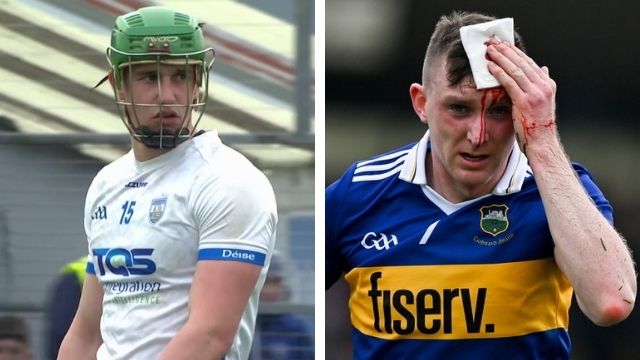