With Ronnie O'Sullivan likely coming towards the tail end of his career, snooker is badly in need of someone else to step up and stake a claim to his mantle as the game's marquee player.

There are some excellent players around at the moment, but nobody can quite capture the imagination in the manner that 'The Rocket' can. One possible candidate is Zhao Xintong.

The China native has been labelled as a potential superstar since his teenage years, although it is only this season that he has started to live up to that billing. The 24-year old has won both the UK Championship and German Masters in recent months.

Xintong is an incredible player once he is in his flow, although he struggles with consistency and his safety play at times. As it turns out, O'Sullivan is giving him a helping hand in this area having previously expressed his admiration for his talents.

Speaking to the BBC, Ronnie O'Sullivan revealed that he has been helping Zhao Xintong with his game as he would hate to see the youngster not fulfil his potential by going to the very top of the game.

I've helped him a bit, he’s just got a few things that he needs to learn. Not even learn, he picked it up within an hour, took me about two years to learn it.

I just want him to fulfil his potential. It would be such a sadness for snooker if that kid was just winning tournaments because he was playing well and potting balls.

If he could embrace the other side of it because he’s a great safety player, it’s just knowing how to play the shot.

For me, I got much more pleasure out of that (working with Zhao) than I have out of anything in a long time. For me, he’s the special one, so I’ll always give him unlimited time...

Having Ronnie O'Sullivan available to help craft his game can only help the Chinese star and it makes for a scary prospect for the other top pros if he can start playing to his potential for a sustained period of time. 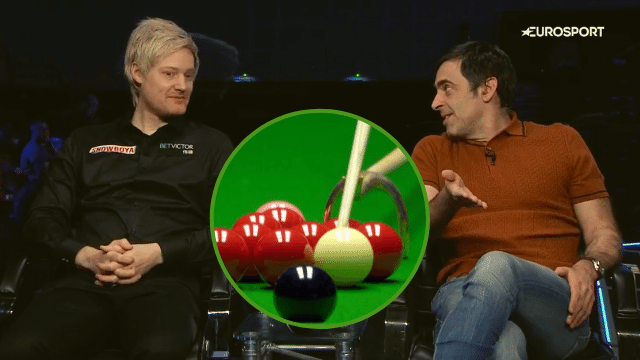