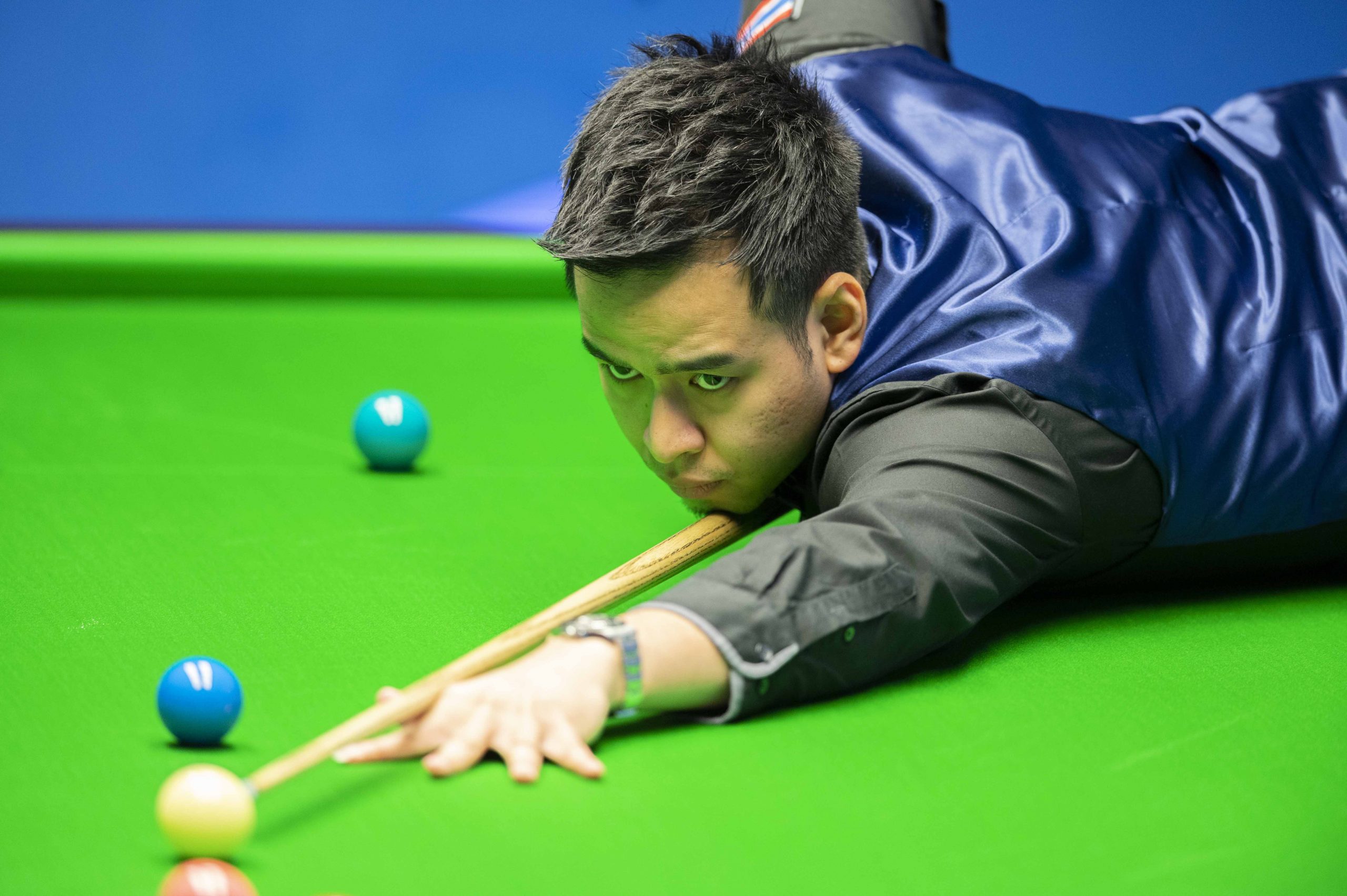 Thailand’s Noppon Saengkham edged out compatriot Thepchaiya Un-Nooh to win a tightly contested encounter 4-3 and qualify for the final stages of the BeVictor Northern Ireland Open.

Qualifying stages have been introduced to the BetVictor Home Nations series for the first time this year and places at the Waterfront Hall will be at stake all week. The qualifying event runs until Friday, with the televised stages taking place in October.

Saengkham came into the match having lost his only previous meeting with Thai number one Un-Nooh 5-0 at the 2016 World Open. Five years on, with Saengkham trailing today’s encounter 2-1, he burst into life. Back-to-back breaks of 88 and 108 saw Saengkham turn the match on its head and lead 3-2.

Un-Nooh, who remarkably averaged just 15.5 seconds per shot throughout the tie, refused to back down and fired in a break of 111 to force a decider at 3-3. However, it was Saengkham who got over the line to book his place in Belfast.

World number 22 Ali Carter eased through to seal his progression to the final stages. The Captain saw off the challenge of Welshman Dylan Emery 4-1, making breaks of 66 and 79 along the way.

Chris Wakelin made a superb break of 137 during a 4-3 defeat of Michael Holt, while Jackson Page overcame Lei Peifan 4-3.