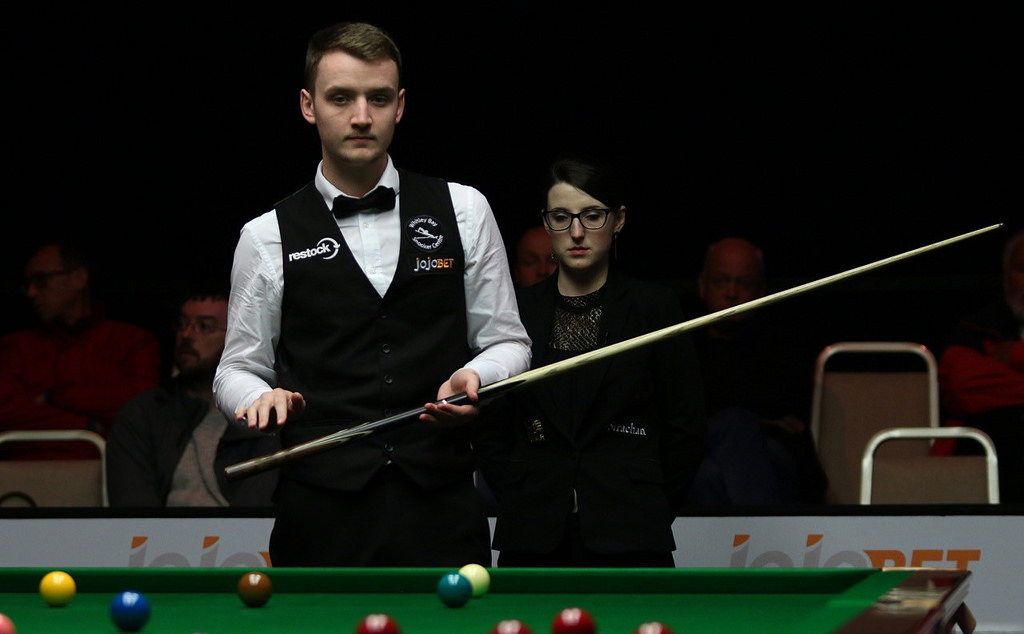 Sam Craigie negotiated a nerve shredding final frame decider to secure a Crucible debut last season, now he is hoping to clinch the first ranking silverware of his career.

The Wallsend cueman produced a superb break of 89 at 9-9 with Zhao Xintong on Judgement Day to earn a momentous 10-9 victory. Craigie faced three-time World Champion Mark Williams at the Theatre of Dreams, but fell short in a disappointing 10-4 defeat.

What did it feel like heading into that final frame with Zhao Xintong at World Championship qualifying?

“I think it was the most pressure I’ve ever been under really. It’s not very often I go deep in tournaments, so it was a really big match for me. It was probably one of my hardest matches as well. I was behind all of the way until 8-8. I was chuffed to get over the line in that one.

“It’s not easy to keep your cool in that situation, but it has a lot to do with confidence. I was struggling in the first round, tinkered with a few things and it worked in the second round. I took that into the final game. When you are confident in yourself and how you are playing, you have that belief you will take the chance when it arrives.”

It was a tough match with Mark Williams at the Crucible. How did you feel you fared?

“I started off pretty well and I surprised myself really. At the mid-session I was in for a match at 5-4. He just turned it on. It isn’t very often you play someone that produces snooker like that. I think he was just too good on the day. You can’t do much about that. He is frightening when he gets going. It is hard to play against that level of snooker when you aren’t playing 100% yourself.”

What was it like playing in the Crucible for the first time?

“I think I made a bit of an error by inviting my mother and partner. I didn’t want to look up. It felt as if I was trapped. I didn’t expect it to be like that. They are really close and it can be a bit awkward. The seating arrangement for the players is uncomfortable as well. You can’t move as it is so cramped for space. I know everybody talks about how small the arena is, but I didn’t realise it would be to the extent it was. I’ll have to lose some weight before the next time I qualify!”

What’s the main target for the upcoming season?

“The next goal is to win a tournament. My target last season was to get in the last 32 of the one year list and I managed that last year by the skin of my teeth. I’m working on the consistency of my game now. I feel as close to finding it now, as I ever have before. It would be nice to come out of nowhere and win a tournament, but I’d much rather be consistent over the whole season. It means more and it means you are winning more matches. The title will come once I start doing that, the key to it all is consistency.”

What do you think you need to improve to manage to get the consistency levels that you are after?

“I think it is my brain. I’ve been working on that with someone on that over the last six months. It seems to be working. It isn’t always going to go well on the table, but the mentality helps you in those situations. People have said over a few years it is just the mental side that lets me down, I’ve finally listened and hopefully it pays off. It is all about self belief at the end of the day and I think I was quite close to finding it at the end of last season, hopefully it will carry on this season.”