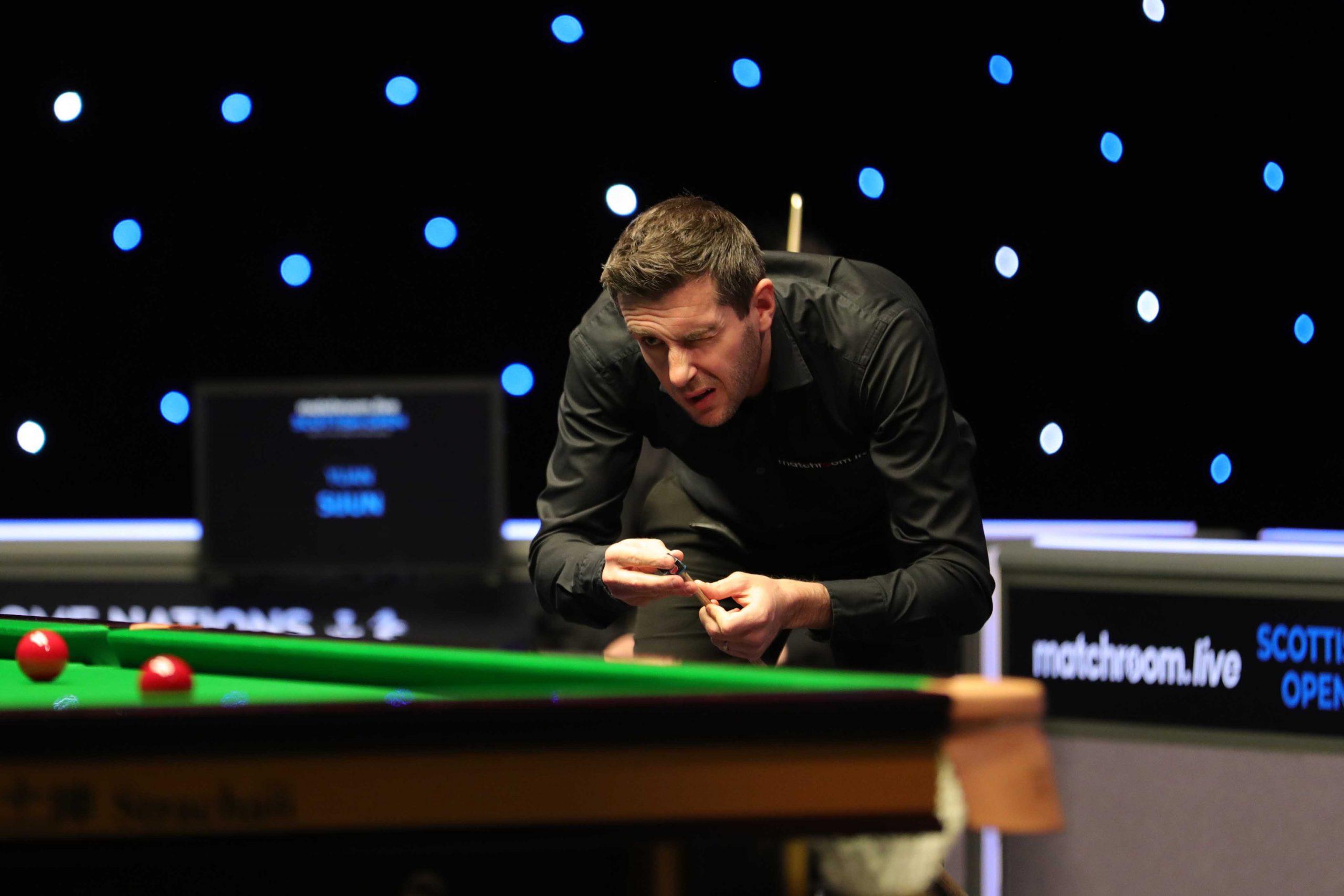 Mark Selby hopes he can capitalise on his fine form this season and secure a first Masters title in seven years next week in Milton Keynes.

Selby is a three-time Masters champion, having lifted the famous trophy in 2008, 2010 and 2013. The Jester from Leicester will face Scotland’s Stephen Maguire in the opening round this year.

Selby heads into next Tuesday’s tie full of confidence, after claiming silverware at the European Masters and the Scottish Open so far this season. However, he is under no illusions of the challenge which Tour Champion Maguire presents.

Selby said: “I’m expecting a very tough game. He’s a class act and should have done a lot more than he has in his career, I’m sure he’d say so himself. Every match in the Masters is capable of being a final. He is a very attacking player and can beat anyone, but I’m going in confident and that is all you can ask for.

“It’s one of the best tournaments we play in. Even Stephen Hendry puts it second only to the World Championship in terms of importance. It’s the best of the best. I’ve got a good record having won it three times and lost in the final a couple of times as well, it would be nice to get to the latter stages and win it again. It will be tough though.

“It makes you realise how well I did from winning it the first time in 2008, to my most recent win in 2013. I had a spell for five or six years of either winning it or getting to the final. Since 2014, I haven’t even reached the semis. I respect even more what I achieved previously because of that.”

The event had been set to stage the return of fans to snooker at Alexandra Palace. However, the current situation with the coronavirus pandemic saw the tournament moved behind closed doors to Milton Keynes, where a fully tested bubble will be established. Selby is determined to make the best of the situation.

“It is difficult being in a bubble, as you like to go out and get fresh air. However, you have to think to yourself it is only for a week if you go on to win the event. That is the sacrifice you have to make and it’s not the end of the world. We could be sat at home having no tournaments at all and no income. You need to take a step back and look at the big picture. There are people losing their jobs and we are fortunate enough to go out there and play and earn a good living.

“In a way it is probably not a bad thing there is no crowd. Don’t get me wrong, I’m not saying I’d rather play with nobody watching, but because we’ve been doing it for so long now, we are used to it. If the first tournament back was a big event like the Masters, it might take some time to settle again. When you have been doing something for so long it becomes the norm. It will be strange when we do get the crowd in again. To have anybody in there will be a strange feeling.”

Selby’s victory at the Scottish Open came courtesy of a comprehensive 9-3 win over familiar foe and World Champion Ronnie O’Sullivan. It saw three-time Crucible king Selby avenge a gut-wrenching 17-16 defeat at the hands of O’Sullivan at the 2020 World Championship.

The rivalry between Selby and O’Sullivan has seen the pair lock horns in countless big matches over the years, including finals of all three Triple Crown events. Selby’s six-frame winning margin at the Scottish Open is the most emphatic he has ever recorded against the Rocket. The Leicester cueman also maintains he was unaffected by O’Sullivan playing on at the end of frames with numerous snookers required during that match and the event as a whole.

“I am probably the worst person to do it against because no matter what he tries, it’s never really going to get into my head. I’m just there to play snooker and whatever way the frame goes, I’m willing to play. If it goes scrappy then I’m willing to be there as long as it takes to scrap it out. If he wants to carry on 80 behind on the yellow and drag the frame on another ten minutes, it isn’t really going to bother me at all.

“To beat him by any score is a good win. Every time I play him, I feel confident and that I can win. You’d never predict a scoreline as comfortable as that for me and vice versa for him. You always feel it will be quite close. I didn’t think he was playing fantastically leading up to the final. I think he was let off a few times and could have lost a few times. People let him off the hook. In the semis, Li Hang had a couple of good chances to put him away and probably didn’t only because he’s not been in that position before. That’s understandable, but I knew if I carried on the way I was and continued scoring the way I was, then I had every chance.

“I felt confident in my game and happy with how it was. At the same time, with Ronnie, you never know. He can go from not playing well one day, to playing unbelievably well the next. You can never judge his game from previous rounds because you don’t know which one is going to turn up, if the main Ronnie turns up then he is always tough to beat.”

The season so far has seen Selby, along with Judd Trump and Neil Robertson, dominate in terms of event victories. Outside of Kyren Wilson’s Championship League win and Mark Allen’s victory at the Champion of Champions, the trio have scooped up all of the season’s silverware so far between them. Selby believes that is because they have adapted to the new behind closed doors environment better than the rest.

“I just think on present form myself, Neil, Judd and Ronnie seem to be at the top of our game and the other players seem to be struggling a bit. That’s not because they aren’t good enough to play to the standard we are, I think with the lockdown going on and everything it might be mentally impacting some. We have the mindset that it is what it is, we can’t do anything about it and we are still playing tournaments with the potential to earn good money and a good living. I think we have adapted to it better than the other players.”