Selby and Allen Through As Top Seeds Fall 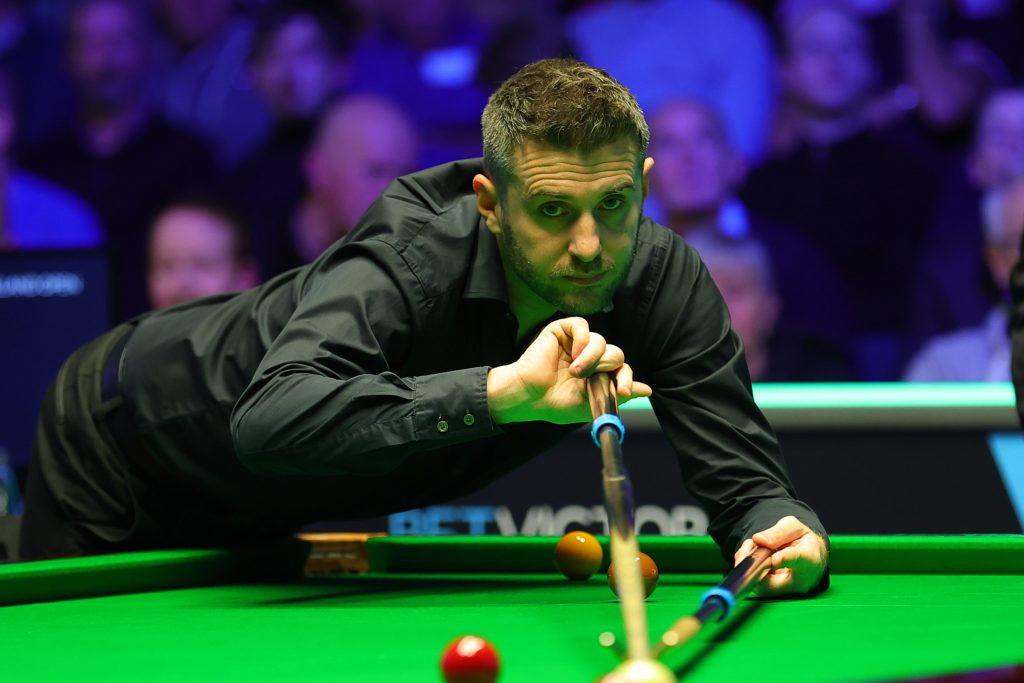 Mark Selby and Mark Allen have secured their places in the last 16 of the BetVictor Northern Ireland Open, as top seeds fell around them on day four at the Waterfront Hall in Belfast.

Ronnie O’Sullivan and Kyren Wilson are out, joining Judd Trump who exited the competition last night. Selby will be hoping he can better his run to the semi-finals at the Waterfront in 2018. He beat Hammad Miah 4-2.

Prior to the European Masters in August, Miah had been practising with Selby. But, following a break of 54, flawed attempts at leaving both the blue and pink balls safe, allowed his new training partner to steal the opening frame. Leading 59-31 in the second, Miah failed to make contact with the green after being left snookered behind the brown. The Jester from Leicester made no mistake in clearing the green and remaining colours to double his lead.

Mistakes became contagious with the third frame following a similar pattern to the first two. Selby missed a black off the spot when leading 50-16. Miah then cleared to blue before losing control of the cue ball and with it the frame. He fought back to win the following two frames and looked to be causing his opponent some concern. But, Selby held his nerve in the sixth with a run of 59 to seal a 4-2 win.

“Hammad’s a great lad,” said the four-time world champion, who will play Michael White in the next round. “He came to practice with me just before the European. I’ve got to know him a little bit and he’s a great kid. In practice he was screwing long balls back and potting ridiculous balls. He’s probably one of those players that thrives on confidence. If it goes 3-3, it’s a spin of a coin.

“My concentration from start to finish was non-existent, I felt flat out there. I could have lost all three of the opening frames. So to be 3-0 up I was over the moon. But, I just couldn’t even see the shots out there. I’m watching everything else that’s going on but my table. We both gave each other so many chances so even when you went back to your chair you feel like it’s a matter of time before you were coming back again.

Allen came from 2-0 down to defeat Andy Lee, who is ranked world number 105, to continue his quest for back-to-back titles at the Waterfront Hall. The Northern Irishman will also be hoping to put last month’s disappointment behind him and claim his first trophy of the season, having lost 10-7 to Ryan Day in the final of the British Open.

But, it was Lee who won the opening frame of this match. Allen looked to be in charge of the second frame, leading 44-23. But after leaving a red to the top left pocket, his opponent took advantage and made it 2-0. With it looking like his title defence could be slipping away, Allen mounted a comeback. He won the next three frames to move within one of the next round. Lee, who regained his place on tour in the spring at Q School, made a break of 91 to draw level at 3-3. And in the decider, it was Allen who got over the line. Lee rattled a black in the jaws of the top left pocket, leaving enough points on the table for the home favourite to secure the win. Allen will face Xiao Guodong for a place in the quarter-finals.

Michael White has also booked his place in the last 16 after beating Barry Hawkins 4-2. The Hawk flew out of the traps, striking a century break in the opening frame. But, White drew level before breaks of 65 and 44 in the third game him the lead. The Welshman looked in good touch and won two of the next three frames to secure the win.

Aaron Hill couldn’t replicate last night’s fireworks against Judd Trump, suffering a 4-1 defeat to Tom Ford. Losing 3-0, the Irishman looked to kickstart a fightback with a break of 85, but any chances were soon extinguished as Ford made a run of 67 adding to his breaks of 56 and 66 in frames two and three.

David Gilbert hit two centuries on his way to beating David Lilley 4-1, backing up his win over British Open semi-finalist Noppon Saengkham in the previous round. Steven Maguire defeated world number six Kyren Wilson by the same scoreline. The Scot closed the match out with a break of 92 adding to the century stand he made in the fourth frame.