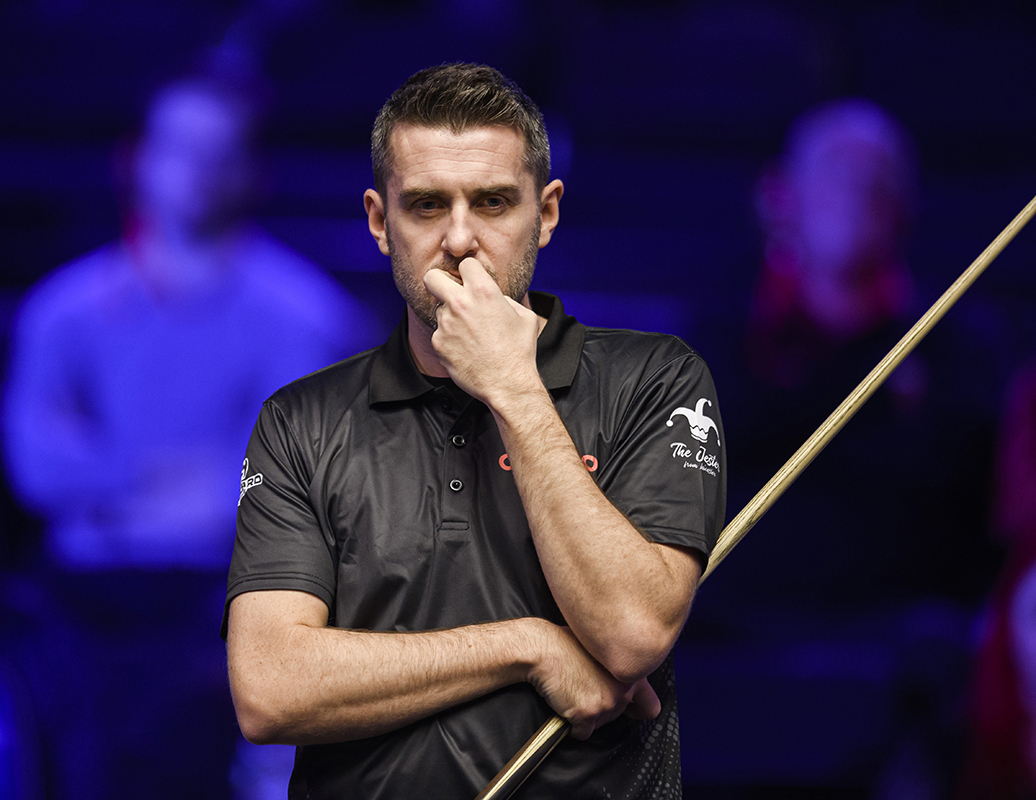 Mark Selby is through to the semi-finals of the Cazoo Champion of Champions, after beating John Higgins 6-4 in the Group Four final at the Bolton Stadium Hotel.

Selby has played in all ten editions of the tournament, but this will only be his third semi-final appearance. He’s yet to capture the Champion of Champions title.

The Jester from Leicester faced World Seniors champion Lee Walker in his opening match. Selby took the opening frame after just over half an hour, before a quick break of 82 put him 2-0 up. Selby then claimed the third, before a clearance of 88 ensured a 4-0 victory.

Higgins faced Iran’s Shoot Out winner Hossein Vafaei in the afternoon’s other match. Vafaei made the early running with a run of 83 to take the opener, before Higgins restored parity at 1-1. Scotland’s four-time World Champion then took the following two frames to lead 3-1. Vafaei clawed one back with a break of 72 in the fifth. However, Higgins saved the best until last though with a century break of 118 to seal a 4-2 win.

The group final began with four-time Crucible king Selby crafting a superb break of 140 to take the opener. Higgins replied with 57 to draw level and he then claimed a re-racked third to lead 2-1. The Scot couldn’t pull clear though and Selby ensured they headed in for the mid-session all-square at 2-2.

After the interval, Selby took the initiative once again at 3-2, thanks to a 64, to be move half way towards the required total of six frames to progress. Higgins fired in a stunning run of 141 to make it 3-3. The contest then became a best of three when they locked horns again at 4-4.

Selby then made 105 to move a frame from the win. In what proved to be the last frame, Higgins made the early move with 45 points on the board, but Selby made a gutsy clearance of 81 to win it.

Selby: “It’s been a long day but worthwhile in the end. I played okay in the afternoon. I knew I had to be at the top of my game playing John tonight, and I did that. I thought it was a great game. If I’d come out on the losing side, I don’t think I could’ve done any more than I did. I managed to make a good break in the last and hold myself together.

“Matchroom and everyone involved put on a great event every time we come. It’s great to be involved in the back end of it. I will likely stay around here, put my feet up and watch everyone else sweat it out.”

Tomorrow sees Cazoo Masters champion Neil Robertson take on the European Masters winner Fan Zhengyi before Kyren Wilson meets recent British Open title winner Ryan Day live on ITV4 in the UK, DAZN in the USA, Canada, Brazil, Spain, and Italy as well as on Viaplay in Scandinavia and the Baltics and Matchroom.Live if you are in a country without a broadcaster. See the full list of where to watch here.