Hossein Vafaei knocked Mark Selby out of the Cazoo UK Championship for the second consecutive year with a 6-4 victory, a result which means that seven of the top 16 seeds have lost in the first round in York.

Tickets are still available for Wednesday and Thursday in York – for details click here.

Two-time champion Selby was handed a tough draw against Shoot Out champion Vafaei, and his hopes of adding to the titles he won in 2012 and 2016 came to an early end. Selby joins Zhao Xintong, Neil Robertson, John Higgins, Mark Williams, Barry Hawkins and Yan Bingtao as the seeded players to be knocked out in the opening round in York. 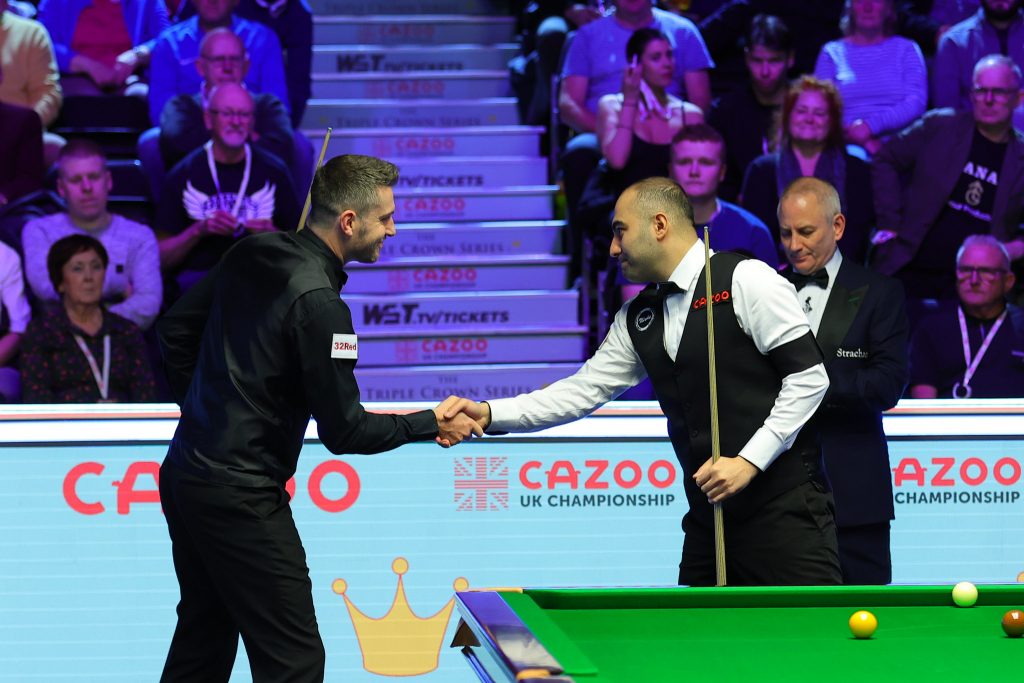 Leicester’s Selby has not lifted a trophy since capturing his fourth World Championship crown 18 months ago, though he has shown signs of a return to form this season, with runs of the semi-finals of the Cazoo Champion of Champions and the quarter-finals of two ranking events. But it’s now back to the drawing board for the 39-year-old as he seeks a return to the pinnacle of the sport.

Iran’s Vafaei is through to the last 16 of this event for the second consecutive year and will reach his first quarter-final if he can beat Jack Lisowski on Thursday. He also remains in the hunt for a place in the Cazoo Masters, needing a run to the semi-finals to stand a chance of a debut at Alexandra Palace.

Vafaei started strongly with a break of 80, then Selby levelled with a run of 100. In frame three, Selby missed a tricky pot on the final pink along the top cushion, and his opponent converted a clever double to a baulk corner to regain the lead. The next two were shared, then Vafaei’s 119 put him 4-2 ahead, before Selby responded with a 129 to close the gap.

In frame eight, Selby led 23-0, but Vafaei potted another shrewd double, on a red to centre, which set him up for a break of 88 to go 5-3 up. Selby dominated the ninth then had chances in the tenth to force a decider, but couldn’t take advantage. Trapped in a snooker on the final yellow, he handed Vafaei the chance to clear to the pink and seal the result.

“I am so pleased because I respect Mark a lot and he is such a tough opponent,” said 28-year-old Vafaei, who beat Selby 6-2 in the same event last year. “I stuck with him on the safety side. I have to say sorry to his fans – and I am one of them!”

World number four Selby said: “I don’t feel as if I played that badly. Hossein took his chances well. I seem to be playing well in matches and still losing. You need a bit of run of the ball at the right times. I’ll dig in and hopefully it will turn. I was confident coming here because I played well in the last few tournaments, so I’m gutted to go out in a big event like this. The biggest thing for me is that I am enjoying it. From where I was in January, it’s like night and day.” 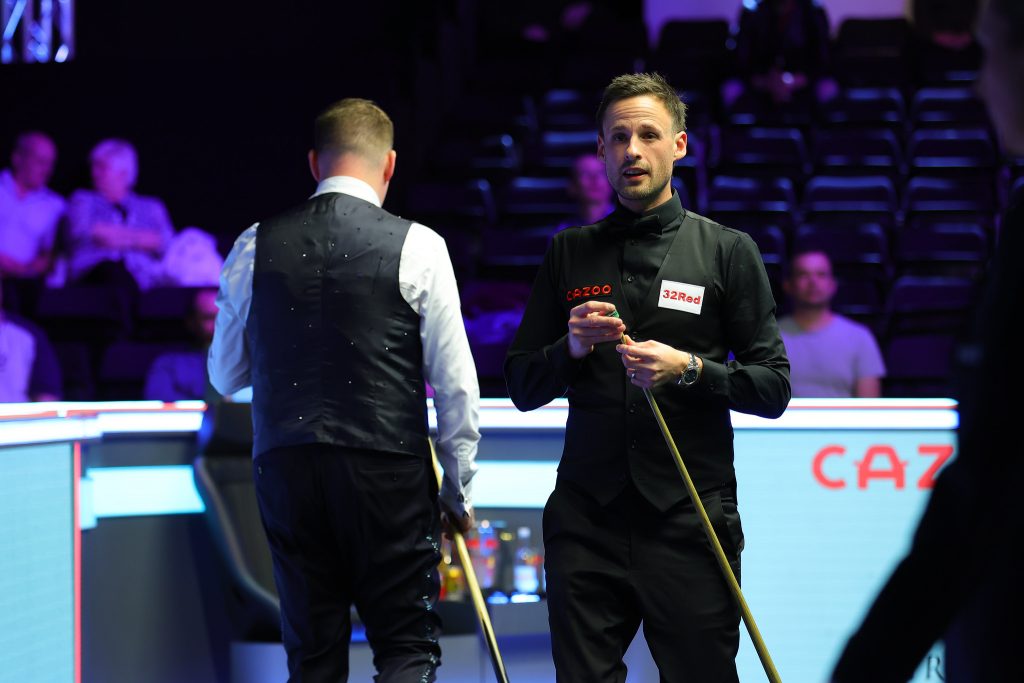 On the other table, Shaun Murphy got the better of a thrilling tussle against David Gilbert, winning 6-5 to set up a match with Judd Trump – arguably the pick of the second round ties. World number 13 Murphy hasn’t reached the quarter-finals of a knockout ranking event since the Turkish Masters last March, so will end that sequence if he can beat Trump on on Thursday afternoon.

After sharing the first two frames, Murphy made a break of 94 to go 2-1 up. He had chances to extend his lead in frame four, notably missing the pink to centre with one red left when he led 54-24, and that proved costly as Gilbert cleared to level the tie. A run of 83 put Gilbert ahead and he looked set for 4-2 until he missed a red to centre on 67 in the sixth. Murphy cleared to force a repotted black, and when he potted it after a long tactical exchange, he punched the air in celebration.

Murphy continued his momentum by making a 63 clearance to snatch frame seven, but Gilbert showed resolve by levelling at 4-4 then making an 86 to take the lead. A superb 133 brought Murphy back to 5-5, and he had first chance in the decider, making 48 before missing a red to a top corner. Gilbert had a half-chance to counter but failed to pot a tough mid-range red, and his opponent added 46 for victory.

“I never let my head drop, I kept believing,” said Murphy, who won this event in 2008. “I am so proud because at 5-4 down I could have folded, but that’s never been my way. I’m delighted. There are players on tour who talk about how little the game means to them. To me it means absolutely everything.”