Defending champion Mark Selby snatched victory from the jaws of defeat against Liang Wenbo at the Matchroom.Live English Open, winning 4-3 to reach the last 16. 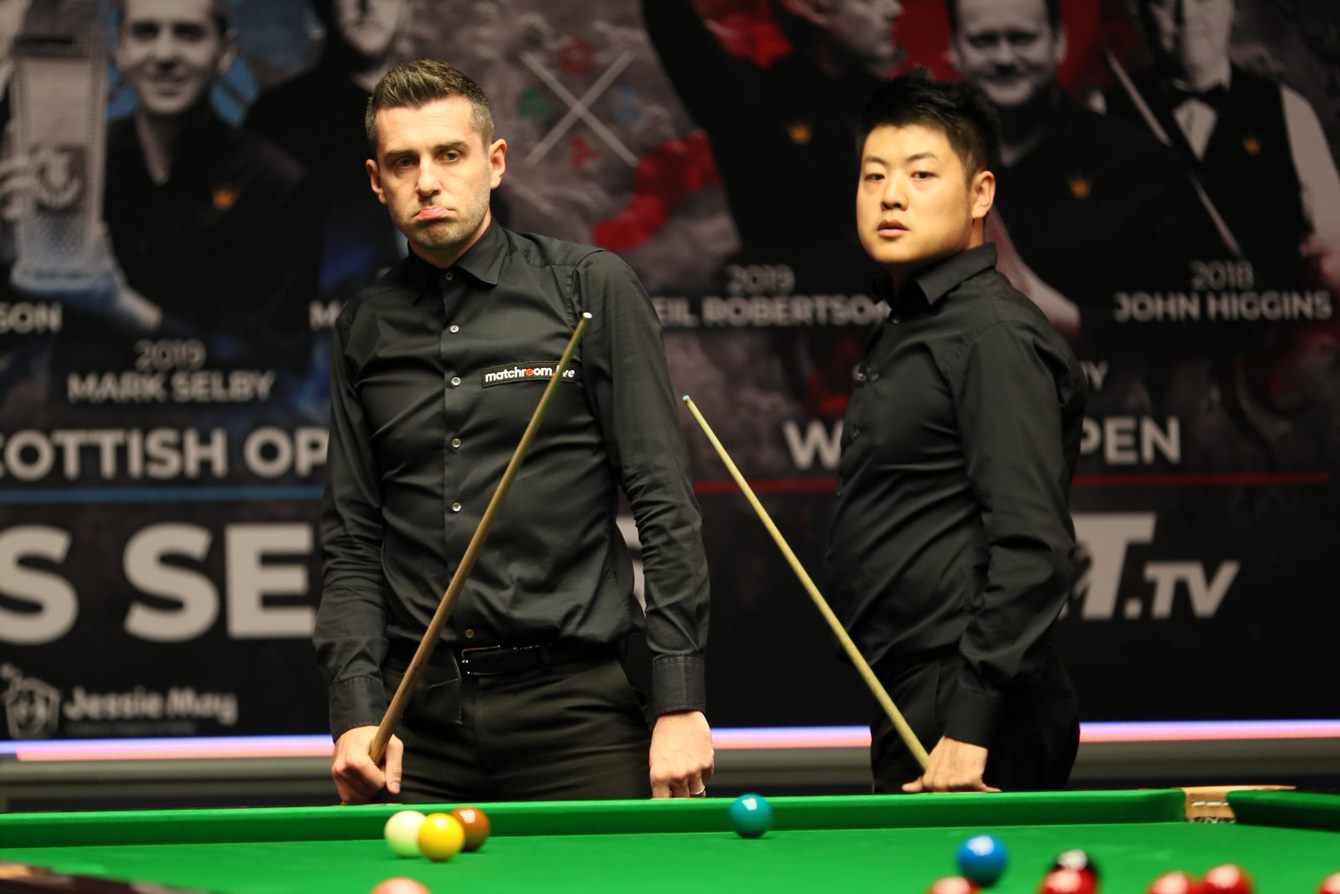 The key moment came in frame six when Liang, leading 3-2, was close to the winning line when he missed a tricky red along a side cushion on a break of 54. Selby made a brilliant 56 clearance to win the frame by a single point for 3-3, then took the decider with runs of 38 and 41.

World number four Selby has now won 19 consecutive best-of-seven frame matches in Home Nations events. He’ll aim to make that 20 on Thursday evening when he faces Iran’s Hossein Vafaei, who celebrated his 26th birthday with a 4-2 defeat of Jamie Clarke.

Crucible finalist Kyren Wilson top scored with 100 in a 4-1 win over Xu Si. Anthony McGill hadn’t hit a ball until this morning, having received byes through the first and second round, but looked sharp as he beat Steven Hallworth 4-0 with top runs of 124 and 84.

Also through to the last 16 are Barry Hawkins, Ben Woollaston and Robbie Williams.