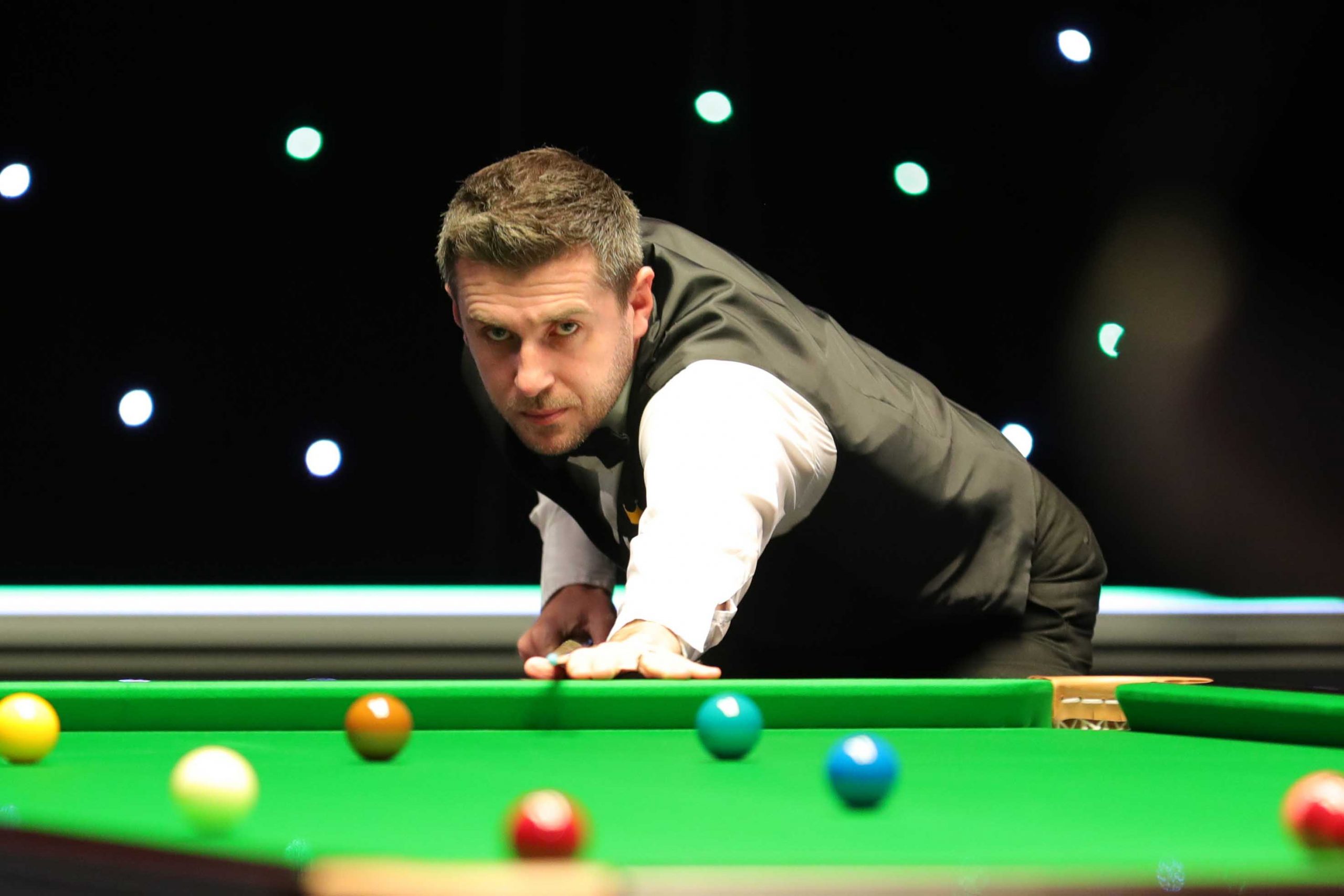 Mark Selby booked his place in the second round of the Betway UK Championship with a hard fought 6-4 defeat of Welshman Michael White in Milton Keynes.

Selby, 37, is seeking his first Triple Crown silverware since winning the World Championship in 2017. The Jester from Leicester has won the UK Championship on two occasions. Selby beat Shaun Murphy to lift the title in 2012 and Ronnie O’Sullivan in an epic 2016 final.

White, a two time ranking event winner, suffered a shock relegation from the circuit at the end of last season and subsequently failed to regain his place at Q School. However, he provided a stern test for world number five Selby this afternoon.

The pair traded the first two frames, then a superb total clearance of 140 saw Selby take a 2-1 lead. White cleared the colours to win the fourth on the black and head into the mid-session level at 2-2.

When they returned, Selby encountered problems with his right eye after getting something caught in it. Despite that he still built a 5-3 advantage, before White claimed the ninth thanks to a break of 57 to keep his hopes alive. Selby wasn’t to be denied his victory and composed a run of 75 to seal a 6-4 win.

Selby said: “He’s a tough player. I’ve played him at the Crucible before and only came through that 10-9. It was only two and a half years ago he was in the top 16 and winning tournaments himself. He should probably still be in the top 32 on the tour. How he fell off I’ll never know.

“I think since 2017 this is probably the best chance I’ve had coming to a Triple Crown tournament, with the way I’ve been playing. In 2018 and 2019 I wasn’t playing well enough heading into the UK Championship and didn’t believe I could win it. Whereas this year I feel I’m playing a lot better and believing I can win. Whether I do or not is a different thing.”

Scotland’s John Higgins breezed through his first round tie with Fergal O’Brien, winning 6-1 to book his progression.

Higgins is a former three-time winner of the UK Championship, but hasn’t tasted silverware at the event since his epic 10-9 final win over Mark Williams in 2010.

“It was a difficult first round game,” said 30-time ranking event winner Higgins. “Any win is a good one against Fergal. He is always going to make it tough. He’ll be disappointed, as he never really turned up at all there.

“My long game was non-existent for the first few frames and I tried to change something. Then I started potting a few long ones. In about the balls I scored alright, so all good”

Mark Williams stormed to a 6-0 whitewash win over tour rookie Ben Hancorn to book his place in the second round, while Barry Hawkins thrashed Riley Parsons 6-1.