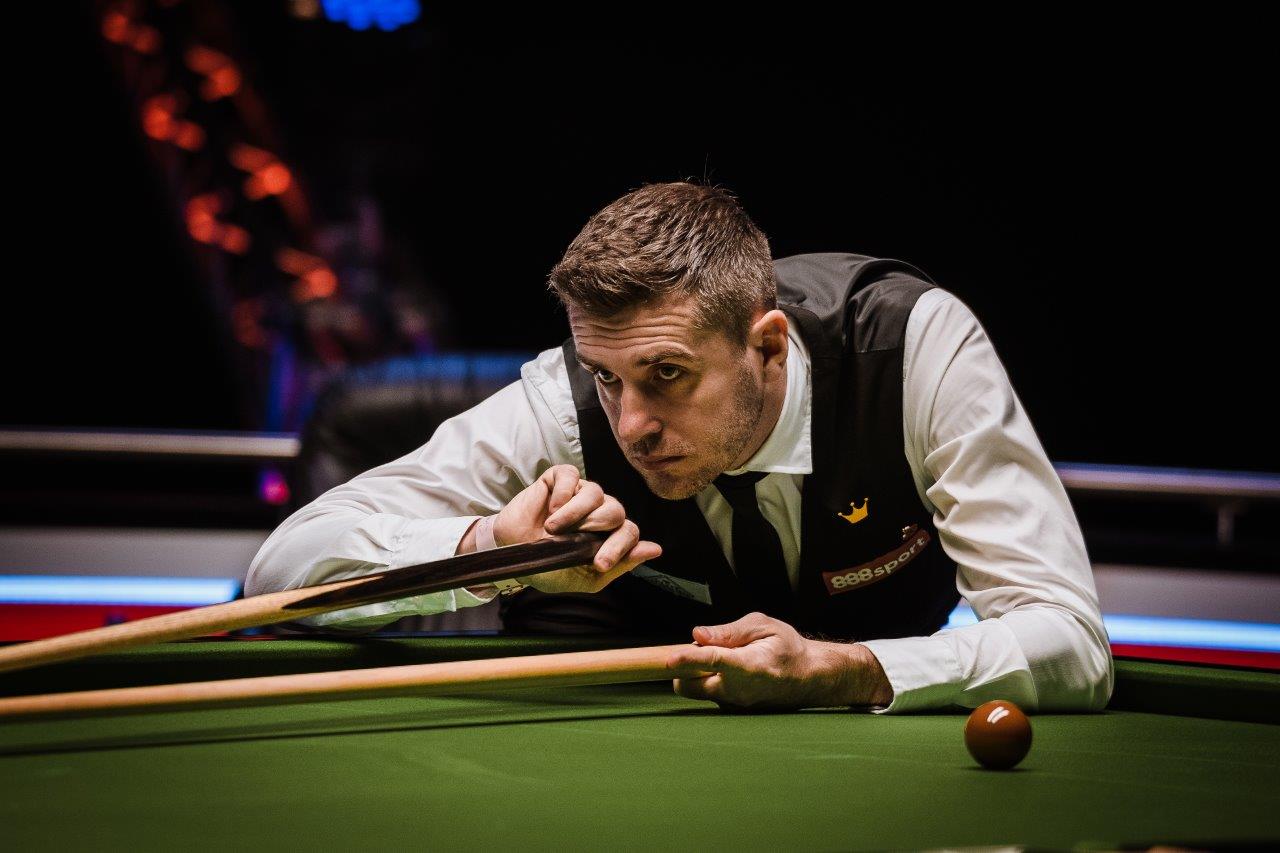 Mark Selby won six of the last seven frames to beat Kyren Wilson 6-5 and set up an 888sport Champion of Champions semi-final clash with Neil Robertson.

The three-time World Champion had trailed 4-0 to Kettering potter Wilson at the mid-session interval of their Group 4 final at Marshall Arena, Milton Keynes. But he dug in and began the fightback after the break, winning the next three frames.

Wilson moved to within one of the semis at 5-3, but Selby kept on fighting to force the decider, which he won with a break of 74 to reach his first 888sport Champion of Champions semi final since 2013.

“To go 4-0 down I didn’t play great, missed a few long balls, but every credit to Kyren because he played well and deserved to be 4-0 up,” said Selby.

“He potted some unbelievable long balls. Every time I left him a long one I expected him to pot it, but after the interval he kept going for them and wasn’t potting them and that changed the match.

“I had a chance at the black to go 4-4 and losing that frame was a bit of a blow but I knew I needed to go again, dig my heels in, and that’s what I did. I put this up there with the Masters, it’s a fantastic tournament. It’s only the second time I have been to the semi-finals, so I’ll look forward to it.”

The final frame before the interval was the longest of the tournament so far at 44 minutes, but it was Wilson who won it for a 4-0 mid-session lead.

Selby was gifted a lifeline when Wilson missed a pink from the black spot in the fifth and the Leicester man was able to get on the board with a clearance of 58, before further reducing the deficit by taking the sixth.

Wilson looked set to restamp his authority on the match in the next frame but his break was abruptly halted on 51 when he missed a simple red, and Selby took the frame with a 74 to move within a frame of the World Championship finalist.

A fluked red looked to have turned the eighth in favour of Wilson, but he missed a tricky black cut for the frame. The cue ball stuck at the top of the table and Selby couldn’t make a difficult pot. Wilson had a second chance and this time he took it to move within one of victory.

Selby, though, wasn’t done yet, and after an initial break of 54, won through a lengthy safety battle to clear with a 35 for 4-5 before levelling in the next and equalling his highest break of the day, a 74, to progress.

Earlier, Selby had defeated Luca Brecel 4-2 in a gritty match, the Leicester man advancing with a high break of just 53. Wilson was more fluid in his match against Stephen Maguire, making breaks including a 72, 76, 77 and 130 en-route to a 4-1 win.

The final group of the 888sport Champion of Champions takes place on Thursday as Ronnie O’Sullivan faces Michael Holt and Mark Allen takes on Scott Donaldson in the semi-finals from 12:45pm, live on ITV4.