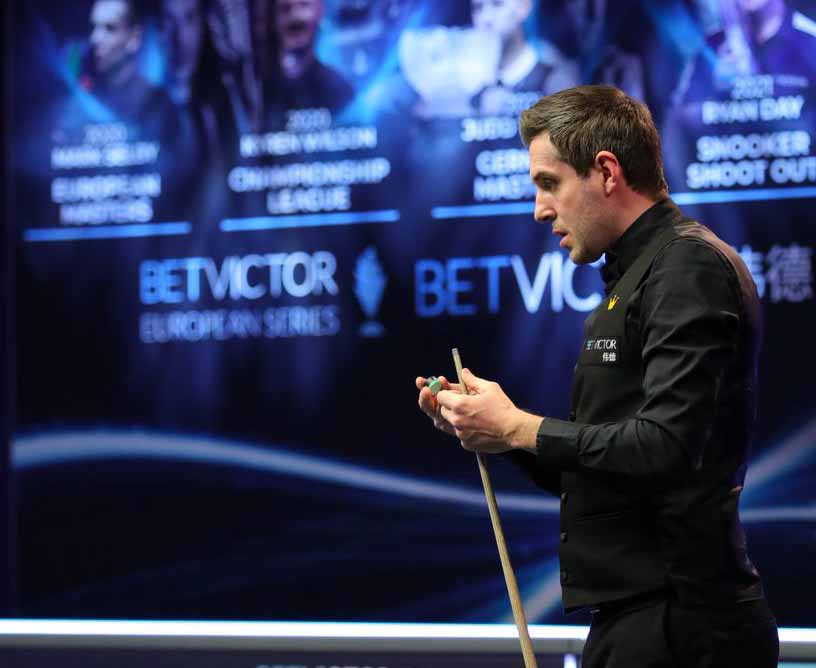 Trump scoops the lucrative payout, which is awarded to the player who accumulates the most prize money across the series, for the second consecutive season. The Ace in the Pack defended his BetVictor German Masters title in January to put himself in pole position coming into this week’s concluding event. He faces Robert Milkins tomorrow at 2pm with the knowledge that the prize is already sewn up.

Selby said: “It wasn’t to be. Even if it was, it wouldn’t make me any happier than I am at the moment. It wouldn’t make a difference to my life whether I won it or not. Obviously it is disappointing not to win it, but it isn’t the end of the world.

“Judd deserves it. He’s been incredible over the last two years. If you look at the amount of ranking tournaments he wins. That bonus prize is going to go to someone who is winning tournaments and he is winning quite a lot recently, so he deserves everything he gets.”