Selby Puts Rocket On the Ropes


Mark Selby won six of the eight frames in the second session of his Betfred World Championship semi-final against Ronnie O’Sullivan to go 9-7 ahead. 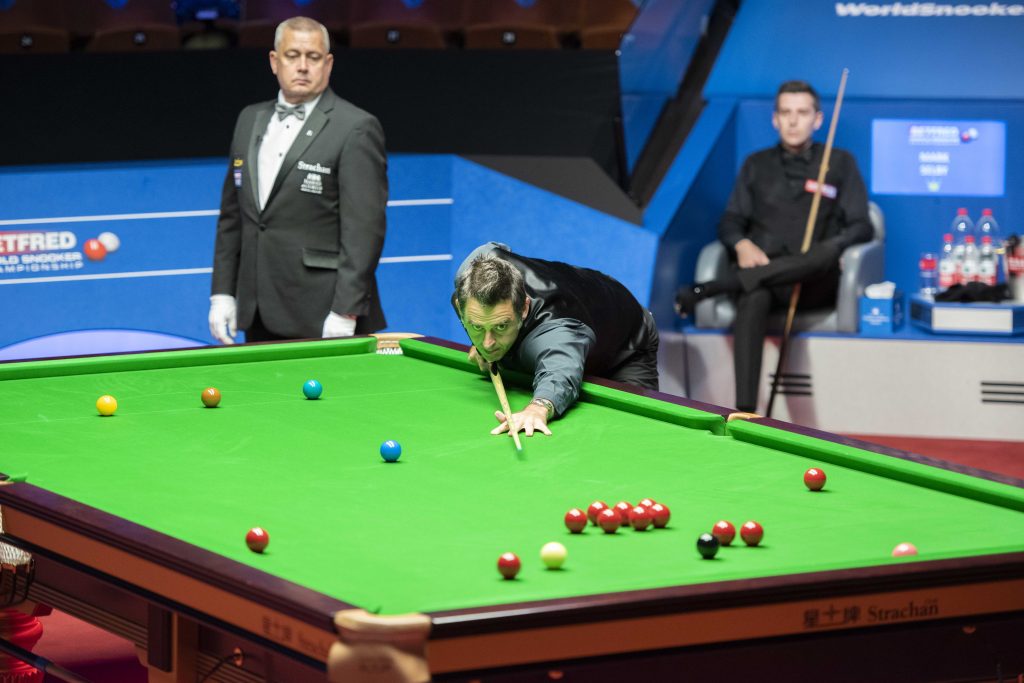 Selby has made only four breaks over 50 in the match so far, but his tactical game has given him the edge over his opponent. O’Sullivan has shown signs of frustration, notably in the last frame of the day when he rapped his knuckles on the table after letting a chance slip away.

Friday could see a monumental battle for a place in the final, with a possible 17 frames still to be played. They resume at 10am for eight more.

The first frame today lasted 32 minutes and went the way of Selby, reducing his arrears to 5-4. A break of 97 from three-time champion Selby squared the match. O’Sullivan led 33-0 in frame 11 when he missed a black off its spot, letting Selby in for a run of 36. A safety exchange on the last red ended when Selby cracked a long pot into a top corner and he took advantage to go ahead for the first time.

A missed red with the rest early in the next from O’Sullivan gave Selby the chance to make 58 and he saw out the frame to lead 7-5. At that stage O’Sullivan had lost five in a row, but he bounced back after the interval with a run of 87. Selby’s 62 made it 8-6 then five-time champion O’Sullivan made an 82 to halve the gap.

In frame 16, O’Sullivan had first chance but made just 9 before rattling a tough long pink in the jaws of a baulk corner, banging the table as he walked back to his chair. Selby was ruthless, compiling a break of 76, and clenching his fist as they left the arena, having secure a two-frame overnight cushion