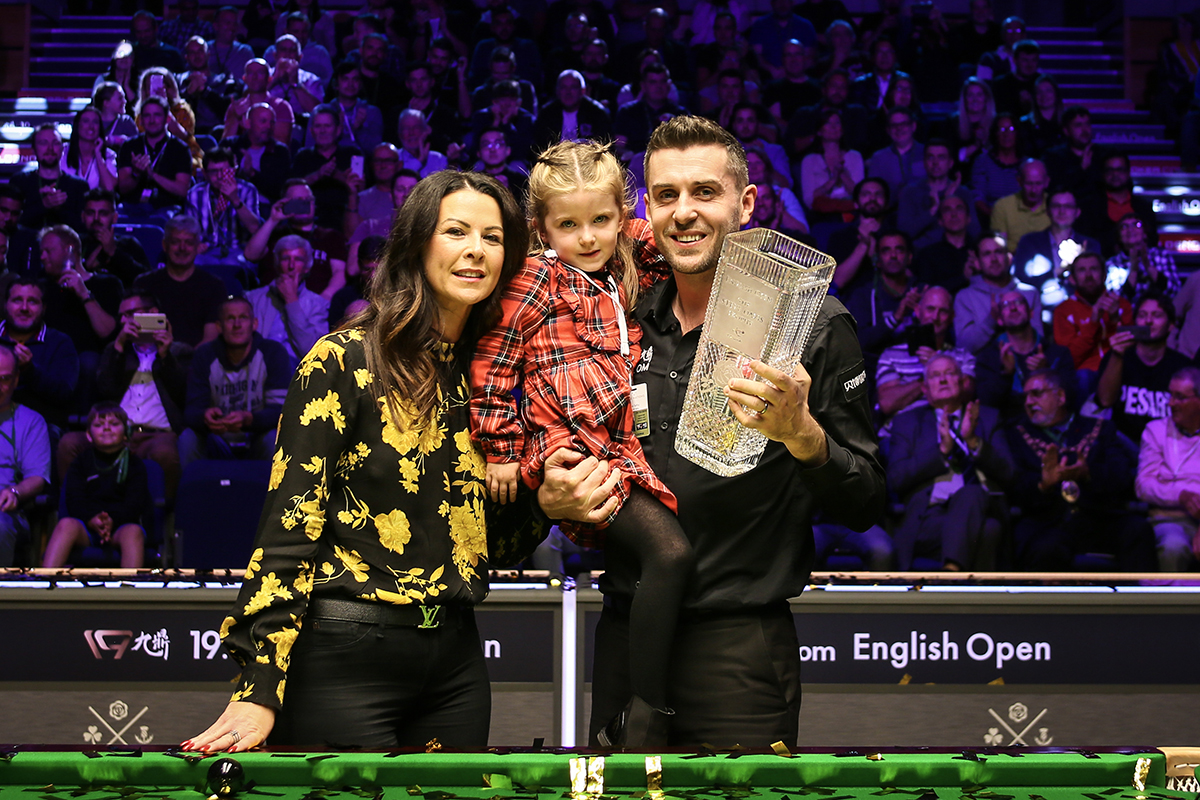 World number four Mark Selby is high on confidence ahead of his bid to retain the Steve Davis Trophy at next week’s Matchroom.Live English Open.

Selby, who won the title 12 months ago, gets his campaign underway on Monday, when he faces China’s Fan Zhengyi in the opening round Milton Keynes.

Selby’s 2019 English Open victory came after a stunning 9-1 win over David Gilbert in the final. The three-time World Champion missed just seven balls and racked up seven breaks over 50 in the emphatic win. He then went on to become the first ever player to win two Home Nations events in a single season by claiming the Scottish Open title in December.

Those victories were the eighth and ninth in an ongoing run of ten consecutive ranking final victories, which includes the recent European Masters where he beat Martin Gould to take home the title. Looking back on last year’s win at the English Open, Selby admits the win over Gilbert was one of the finest performances of his career.

Selby said: “My form leading up to the tournament wasn’t great. Even getting to the final, I didn’t play fantastically in any of the matches. I just dug in and grafted. Then playing Dave I produced some really good stuff. That was probably the best I’ve played before in a final. I’d like to perform like that every time. If I could box up that performance and do it in every final, then you’d be paying a fortune for it.

“Mark Allen had a shot at a double to beat me at 5-3 up in the semi-finals. He only needed the red and it basically went halfway down the pocket and popped out again. I went on and pinched the frame and then won the match. If I don’t win that game, I don’t win the English Open, my confidence is low and I probably wouldn’t have won the Scottish Open. Snooker is a game of fractions. One ball can turn a match, or in that instance it probably turned my whole season around.” 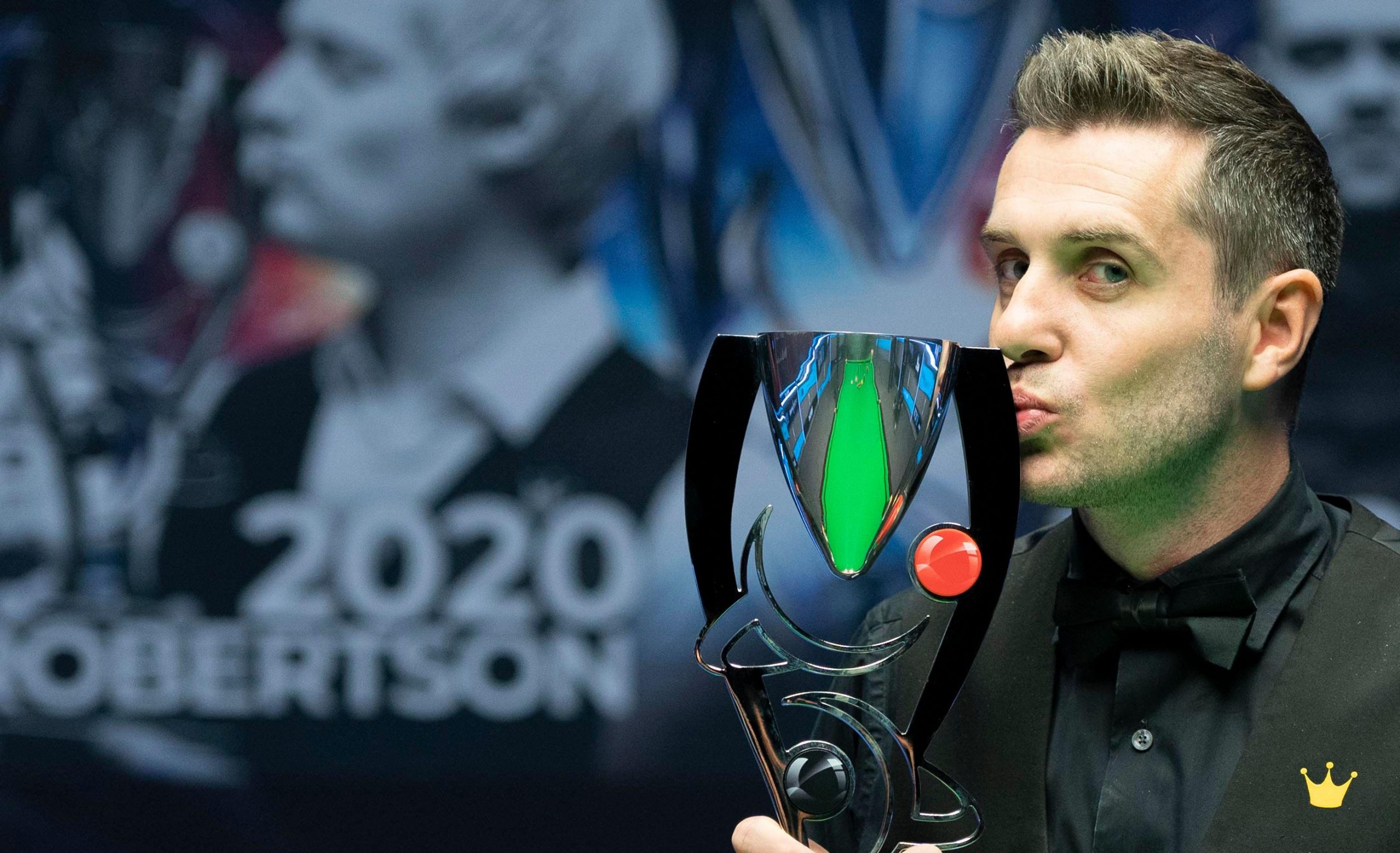 Selby’s win over Gould in the European Masters final was a thrilling encounter, with the 37-year-old requiring a final frame decider to seal the 9-8 triumph. He was the beneficiary of two walkovers earlier in the event after Michael White was required to self isolate and Mark Davis had his cue stolen, which he has since got back.

Selby began working with coach Chris Henry ahead of his run to the semi-finals of the World Championship and has admitted that partnership has helped to restore his confidence levels.

“I played well in the matches that did happen! My match with Stuart Bingham that was the big one for me. I was 4-1 down and won 5-4. If I was in that position 18 months ago, I might not have won that game as I was a bit fragile upstairs. Stuart had two total clearances to go 4-1 up and was playing very well. I still had the confidence that I could win the match. That was massive for me. In the past I wouldn’t have had that self belief. I wouldn’t have given up, but I’d have had more negative thoughts than positive. When my back was against the wall, I played my best snooker. I thought it was a decent standard against Martin in the final and I’m happy how I got over the line.

“Some of the stuff Chris Henry has done with me off the table has taught me to sit in my chair and reminisce about positive things that I’ve done in the past. It is important to know that I’ve done it before and realise that there is no reason I can’t do it again. You’ve just got to remain positive no matter what the situation is in the match.”

The 18-time ranking event winner says he is now aiming to dethrone world number one Judd Trump and climb back to the top of the world rankings.

“I always set goals just to keep my motivation going. If you don’t set goals it is easy to think that I’ve won everything and don’t need to put the work in, get a bit lazy and decide not to go into the club. While you have goals you strive for those wins. Judd is a long way in front, but he will have six tournament wins to defend on his ranking next year. There is still a chance it can happen. I’m going to have to be consistent and win tournaments.

“While you are playing well and are confident, you have to make hay while the sun shines. I won’t be trying any harder than last week. If the form is good then you have a chance. There is no divine right to go to the later stages. You just have to take it one step at a time and see what happens.”