Mark Selby maintained his three-frame lead over Shaun Murphy and will take a 14-11 advantage into the concluding session of their Betfred World Championship final battle.

Selby needs four more frames when they return at 7pm, while Murphy must win seven of the last ten. First to 18 takes home the trophy and £500,000. 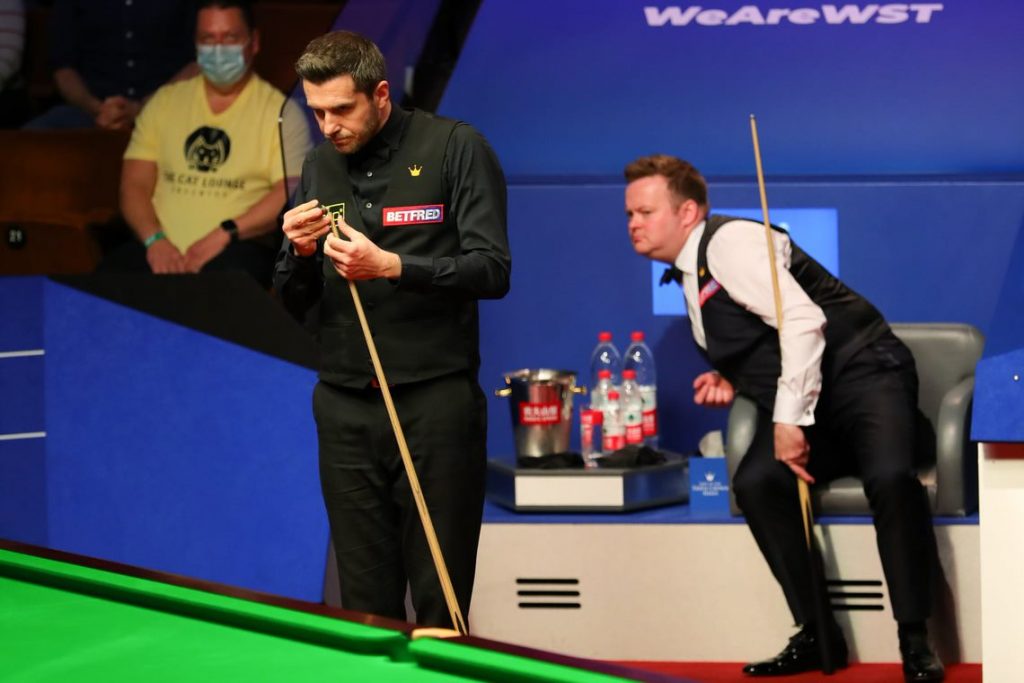 It has been a high quality final so far with 20 breaks over 50 in the 25 frames. Selby came from 6-4 down to lead 10-7 on Sunday evening, and shared the eight frames 4-4 on Monday afternoon.

The 37-year-old from Leicester is playing in his fifth Crucible final – only five players have contested more. He is aiming for his fourth world title having lifted the trophy in 2014, 2016 and 2017.

Murphy’s only Crucible crown came 16 years ago and he is looking to set a new record for the longest gap between first and second titles. In 2005 he trailed Matthew Stevens 12-11 after three sessions and hit back to win 18-16.

Irthlingborough-born Murphy took the opening frame today with a break of 77. In the next he got the snooker he needed on the blue, and eventually was left with a difficult black to a centre pocket. He tried to roll it in dead weight but it hit the far jaw and stayed out, allowing Selby to clip in the black for 11-8.

In frame 20, Selby trailed 51-37 when he missed the black with one red remaining, handing his opponent the chance to close the gap. An excellent 107 from Selby, the first century of the match, made it 12-9 at the interval.

Runs of 54 and 50 helped Selby extend his lead, but he potted only one ball in the next two frames as Murphy hit back with 100 and 56 to reduce his deficit to 13-11. In the last frame of the session, Selby knocked in a long red to start a break of 62, and later added 69 to maintain control of the contest.