Selby Stopped On The Brink Of Final

Mark Selby led Stuart Bingham 16-15 when their Betfred World Championship semi-final was called to a halt at the Crucible, having over-run the Saturday afternoon session.

Selby was on the brink of a place in the final but missed the chance to win the 31st frame, and Bingham’s superb clearance kept the match in the balance. With the time at 6.15pm, there was not enough time to start another frame ahead of the 7pm evening session. 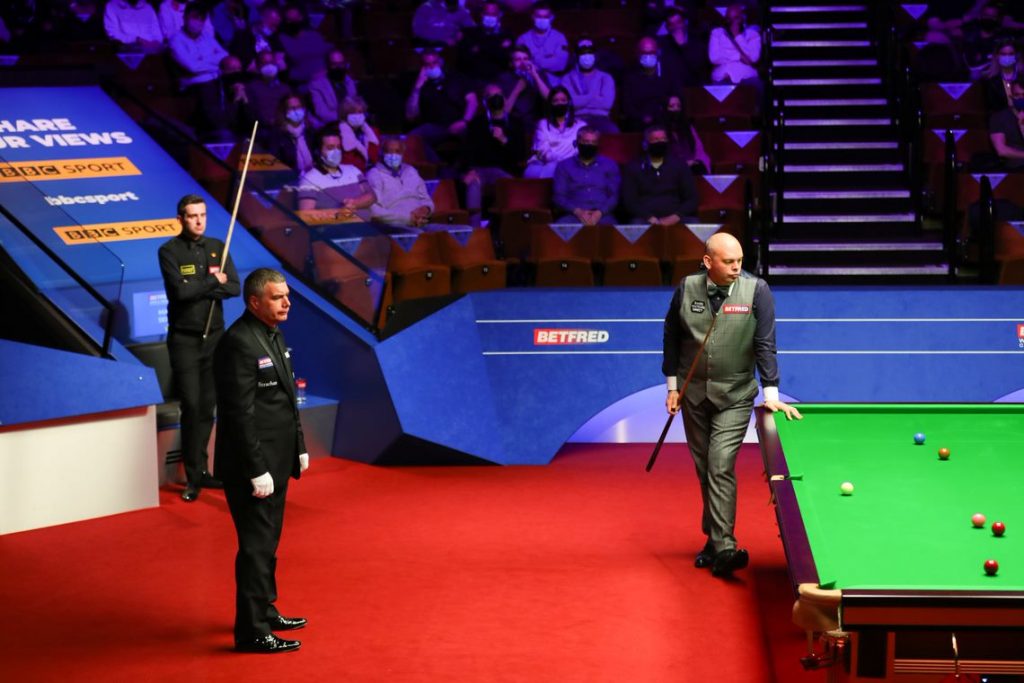 Once the match between Shaun Murphy and Kyren Wilson is complete, Bingham and Selby will return to the table. First to 17 frames goes on to the final to compete for the trophy and £500,000 top prize.

Leicester’s Selby is aiming to reach the final for the fifth time. He lost to John Higgins in 2007 then took the silverware in 2014, 2016 and 2017. Basildon’s Bingham is targeting his second final having won the title in 2015. The world number 18 came could become the first qualifier to capture the crown since Murphy in 2005.

Trailing 13-11 overnight, world number four Selby got just the start he needed to the concluding session. His 68 clearance, from 41-1 behind, gave him the first frame of the day, and he took the second with a break of 125.

Bingham regained the lead with a run of 100, which was the 101st century at the Crucible this year, breaking the record. A scrappy 28th frame went Selby’s way to leave them all square at 14-14 at the interval.

Frame 29 came down to a safety battle with two reds remaining, and Selby outfoxed his opponent before clearing the table to lead for the first time since 9-8. Bingham missed a red to a top corner early in the 30th, letting Selby in for a marvellous run of 132 which put him 16-14 ahead.

Selby had a match-winning chance in frame 31 and made 44 before failing to land on a red when he split the pack from the green. Bingham rolled in a do-or-die long red and went on to make an excellent 85.