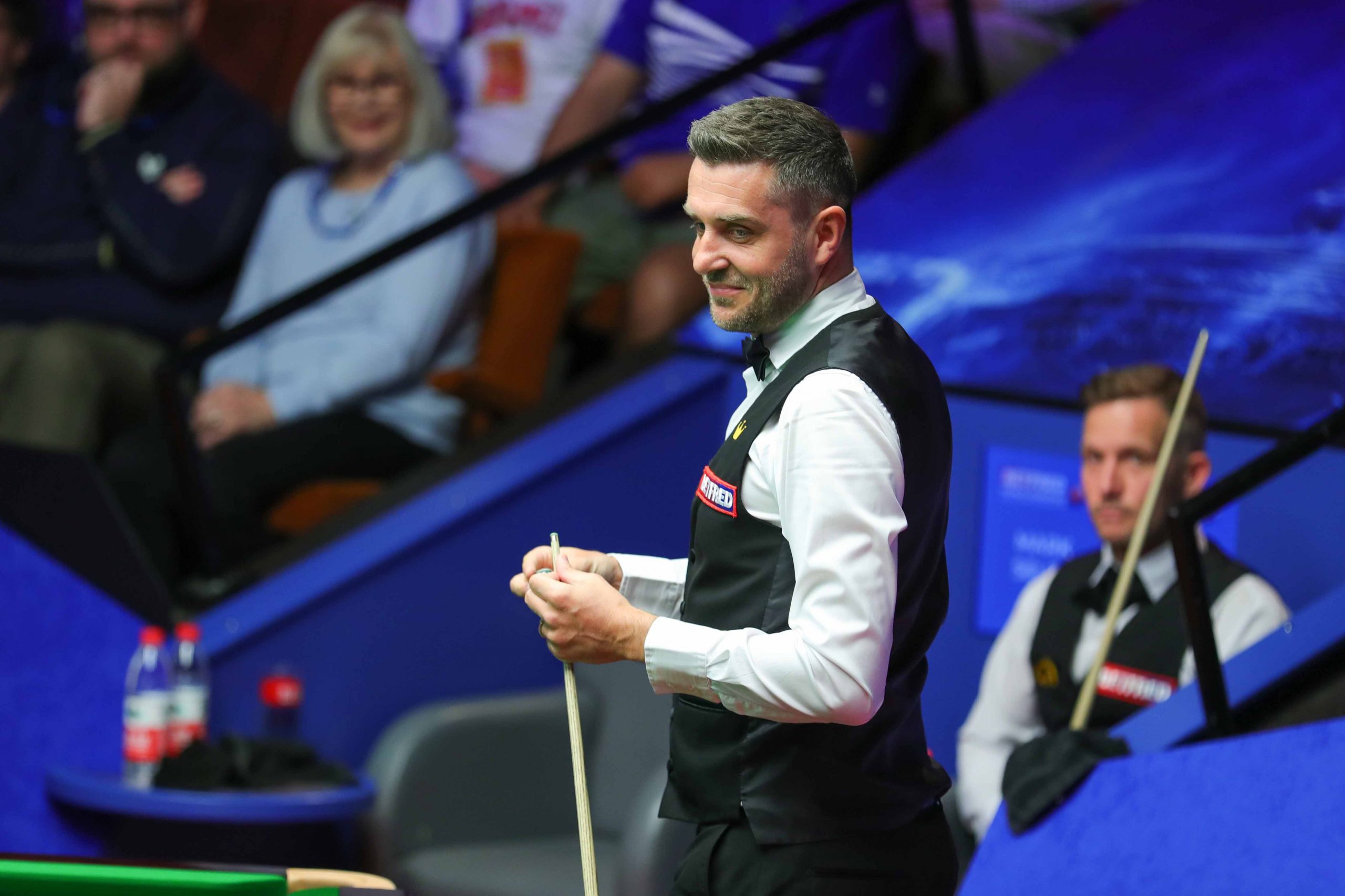 Defending champion Mark Selby made a strong start to the 2022 Betfred World Championship, opening up a 6-3 lead over Jamie Jones on day one at the Crucible Theatre.

The four-time World Champion lifted the famous trophy 12 months ago in Sheffield, following a pulsating 18-15 defeat of Shaun Murphy in the final. His other victories at the Theatre of Dreams have come in 2014, 2016 and 2017.

This season hasn’t seen Selby hit the same heights, with the 38-year-old making just one semi-final appearance at the World Grand Prix back in December.

The loss of form was understandable after a brave admission earlier this year revealed that he has been struggling with depression. Selby elected not to play in his last two tournaments to give himself a break ahead of the World Championship and says he feels he has turned a corner with his mental health.

Jones successfully negotiated the qualifying gauntlet last week and defeated Tom Ford in the final round. The Welshman’s best Crucible run came in 2012, when he reached the quarter-finals in what was his debut year.

It was Jones who took a fragmented opener this morning, before Selby restored parity by claiming the second. The Leicester cueman followed that up with breaks of 71 and 134 to lead 3-1 at the mid-session.

Jones clawed one back upon the resumption with a break of 60. A tightly contested sixth frame then came down to the yellow, with Selby eventually laying a telling snooker behind the black, which garnered 16 penalty points. Jones then left an opportunity to pot the yellow, Selby took it and added the green to go 4-2 up.

That clicked 20-time ranking event winner Selby into gear and runs of 73 and 129 then saw him assume a commanding 6-2 advantage. However, Jones took the last to end just three behind at 6-3. They will return at 7pm this evening to play out the remainder of the best of 19 encounter. 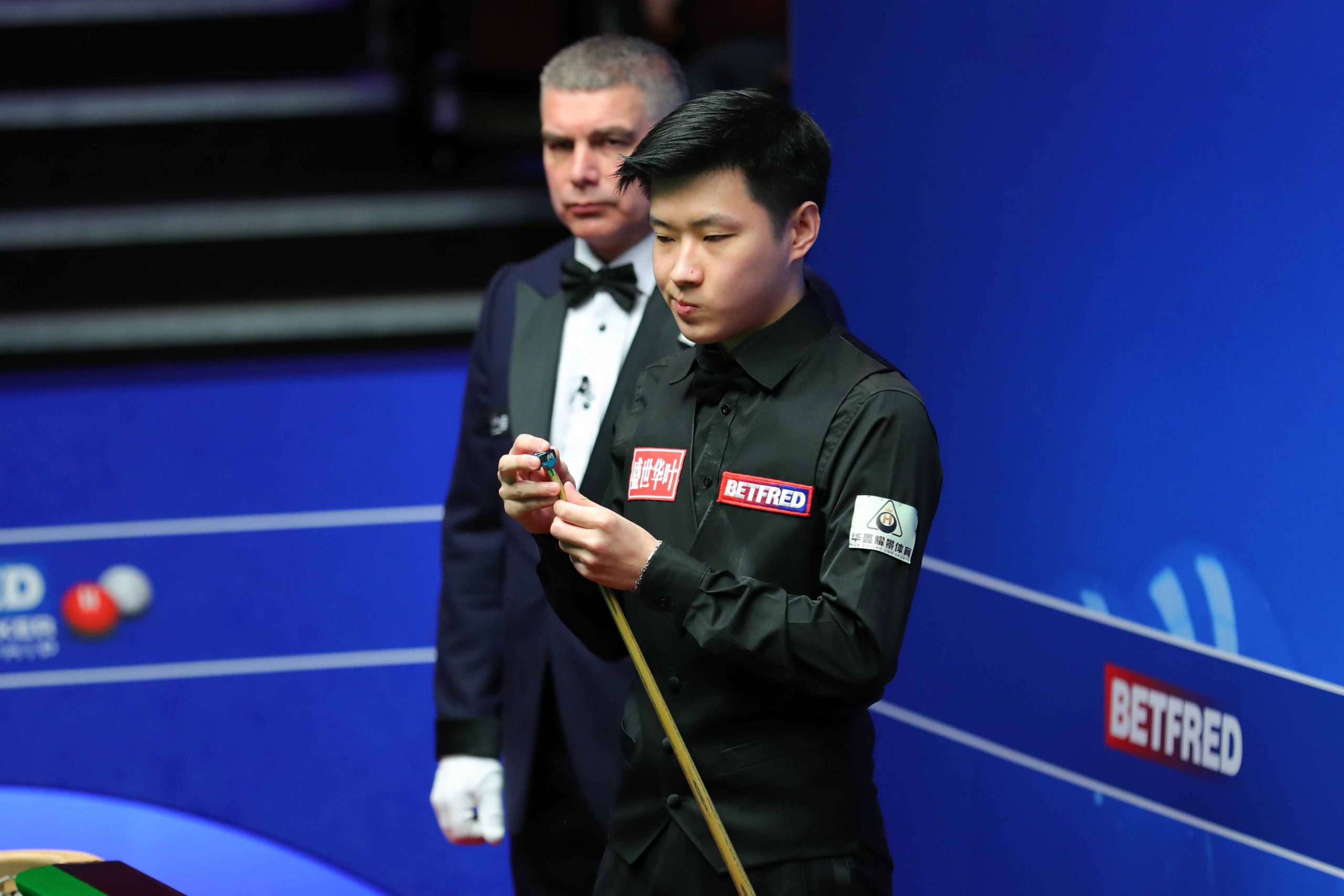 World number seven Zhao Xintong blitzed to a 7-2 lead over Jamie Clarke after their opening session.

The 25-year-old sensationally landed his first Triple Crown title at the UK Championship in December, he defeated Luca Brecel 10-5 in the final. China’s Zhao won his second piece of ranking silverware at the German Masters in January, whitewashing close friend Yan Bingtao 9-0 in the title match.

Clarke came through three qualifying matches in order to reach the Crucible for a second time and avoid relegation from the circuit in the process. He beat Graeme Dott 10-8 in the final round.

Zhao came out firing on all cylinders this morning and crafted breaks of 98, 57, 73, 109, 78 and 103 on his way to a 6-1 lead. Clarke responded with 67 to get his second frame on the board, but it was Zhao who took a 30-minute concluding frame to end 7-2 up. They will return for the concluding session tomorrow morning at 10am.