Mark Selby won seven out of nine frames in the second session of his Betfred World Championship final against Shaun Murphy to lead 10-7 going into the concluding day of the tournament.

Tickets for 2022 on sale from 9am Monday

Bidding for his fourth Crucible crown, Selby was superb from 6-4 down as he seized the advantage, growing stronger as the contest progressed. Murphy may need to play near-flawless snooker on Monday to eclipse an opponent with boundless stamina and few weaknesses. First to 18 frames win the title and £500,000 top prize. 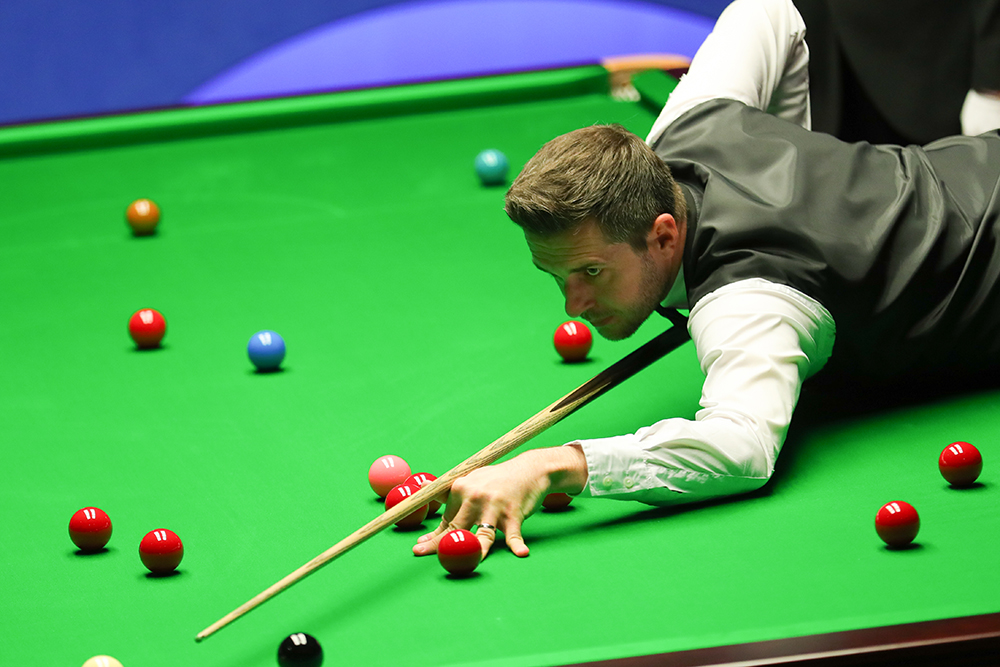 Selby is aiming for his 20th ranking title

Victory would make Selby only the fifth player to lift the trophy more than three times at the Crucible, joining Stephen Hendry, Ronnie O’Sullivan, Steve Davis and John Higgins. The 37-year-old from Leicester is aiming to capture the crown for the fourth time in seven years having won the final in 2014, 2016 and 2017.

Murphy may take solace from the fact that he trailed Matthew Stevens 10-6 overnight back in 2005, before coming back to win 18-16 to capture his only world title. The 38-year-old was also well behind in his semi-final against Kyren Wilson last Friday, coming from 10-4 down to win 17-12. Murphy is aiming to become the seventh player to win multiple titles at the Crucible.

Selby took the opening frame tonight with an 85 clearance before Murphy went 6-4 ahead with a 98 – the highest break of the match so far. Runs of 67 and 86 saw Selby square the tie at 6-6 at the interval.

A missed red to a centre pocket on 34 proved costly for Selby in frame 13 as his opponent replied with 64 to regain the lead. But Murphy made just one scoring visit in the next three frames as Selby surged 9-7 ahead with top breaks of 57 and 90.

In the last frame of the session, Murphy missed a black off its spot when he had a scoring chance, and Selby edged into a 60-19 lead with two reds remaining. Powers of concentration were tested during a tactical exchange as the clock passed 11pm, and eventually Murphy’s safety error allowed Selby to add the points he needed for a three-frame cushion.

They return at 1pm for eight more frames, with a possible ten more from 7pm.