Selt Elated To Knock Out Trump

Judd Trump admitted his performance was “so poor I deserved to lose” as he went down 6-3 against Matthew Selt in the last 32 of the Cazoo UK Championship.

Selt, a former Indian Open champion, described the victory as one of the best of his career and sealed the result superbly with a century in the last frame as he earned a meeting with Barry Hawkins in the last 16. Ten of the world’s top 13 players have now been eliminated from the field.

World number two Trump arrived in York full of self-belief having won the Cazoo Champion of Champions just days earlier, but failed to click into top gear at snooker’s second biggest ranking event. Since winning this title in 2011, he has been runner-up twice but in every other year has been knocked out before the quarter-finals. 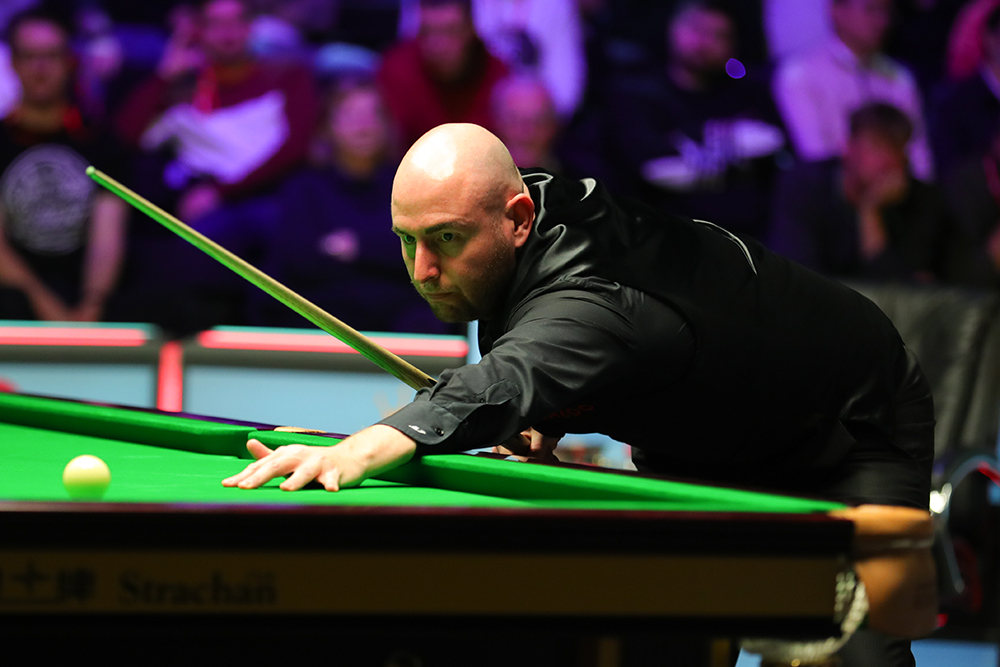 From 2-1 down, Selt reeled off three frames in a row with breaks of 55, 55 and 60. Trump pulled one back, and in the crucial eighth frame he got the snooker he needed on the final green, and had a chance to clear for 4-4 but ran out of position and missed a difficult thin cue on the black. After a brief bout of safety, Trump left the black too close to a top corner and Selt slotted it in for 5-3.

World number 35 Selt finished the match in fine style with a break of 128 to reach the last 16 of this event for the third time in his career.

“It is a very satisfying win, probably the best of my career because of the circumstances,” said Romford’s 36-year-old Selt. “That last break, I just tried to make it as quick as I could, I don’t normally play that quickly. I felt like I played pretty solidly, I could have scored a bit heavier, but overall I’d give that performance an eight or nine out of ten.

“Judd struggled a bit today which was delightful for me, partly due to my safety being pretty good, but he missed a few balls that he normally doesn’t.

“My confidence is really high, my game has been good for a while. I changed cue a year ago and since then I have been making a lot more 50s, 60s and frame winning breaks.

“I’m hoping it will be a good match in the next round, it is the last 16 of the UK Championship so regardless of who you play it is a big occasion, and Barry is a fantastic player.”

Trump said: “I had my chances at the start should have been 3-1 up but after the interval I was poor so I deserved to lose. I felt flat. It’s a venue that I don’t play well at. Even in the year I won it I should have gone out, I was lucky.  The tournament start to finish is just so long and I am not a big fan of waiting around in between games. Everyone has their venues that they don’t perform well at.

“I prefer playing the top players because I always seem to get up for the game, and this season I have struggled a little with lower ranked players.” 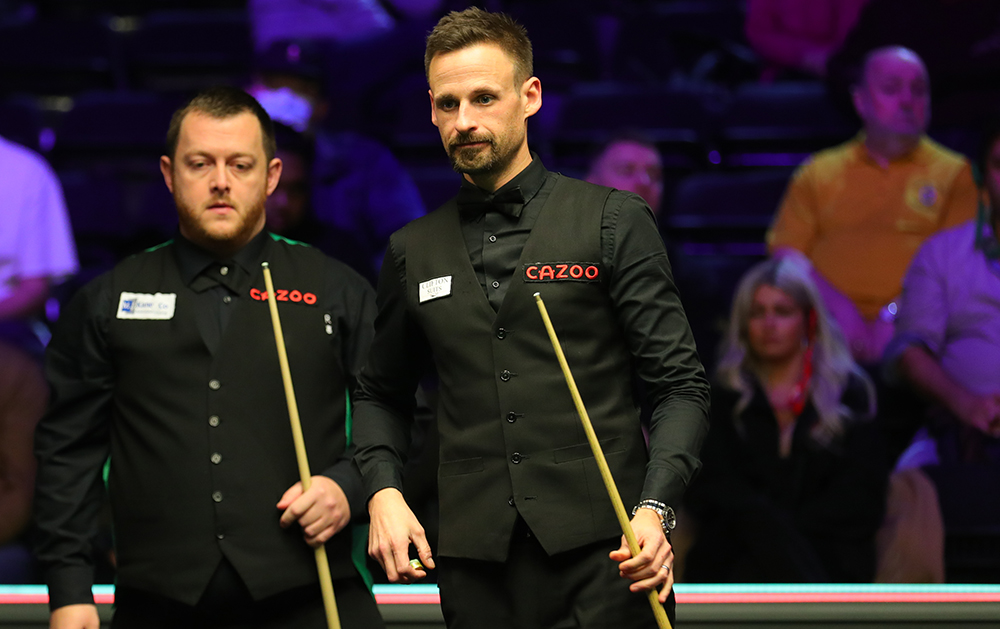 David Gilbert enjoyed one of his best ever fight-backs as he came from 5-2 down to beat BetVictor Northern Ireland Open champion Mark Allen 6-5. Gilbert will reach the quarter-finals of this event for the first time if he can beat Andy Hicks.

Allen built a 5-2 lead with top breaks of 75 and 78, but he missed several match-winning opportunities in the last four frames. Gilbert clawed his way back to 5-5 and secured victory with a break of 63 in the decider.

“I’m over the moon,” said Tamworth’s Gilbert. “Obviously it wasn’t pretty, far from pretty from both of us. At 5-2 down and struggling with my game, I felt like I could hang on if I could just keep the magic going on as long as possible. It was a fantastic break in the last frame, that will give me confidence moving forward.”

Gilbert has raised over £2,600 for Movember and added: “I’ll 100% be keeping the ‘tash until we’re done with the competition. I hope it stays until Sunday. And if I win the competition, I promise you it will stay until the end of the season!”

That results blows open the Race to the Cazoo Masters as McGill is sure of a spot at Alexandra Palace in January but China’s Zhou is in 16th position and can’t add to his tally. Gilbert leads the chasing pack but all players outside the top 16 in that race who are still in the field in York have a chance to climb into the elite.

Peter Lines is through to the last 16 of a ranking event for the tenth time in his 30-year career as he beat Sam Craigie 6-3. From 3-1 down, Leeds cueman Lines won five frames in a row with a top break of 75 to set up a match with Zhao Xintong.