Selt Looks Back On Kochi Title 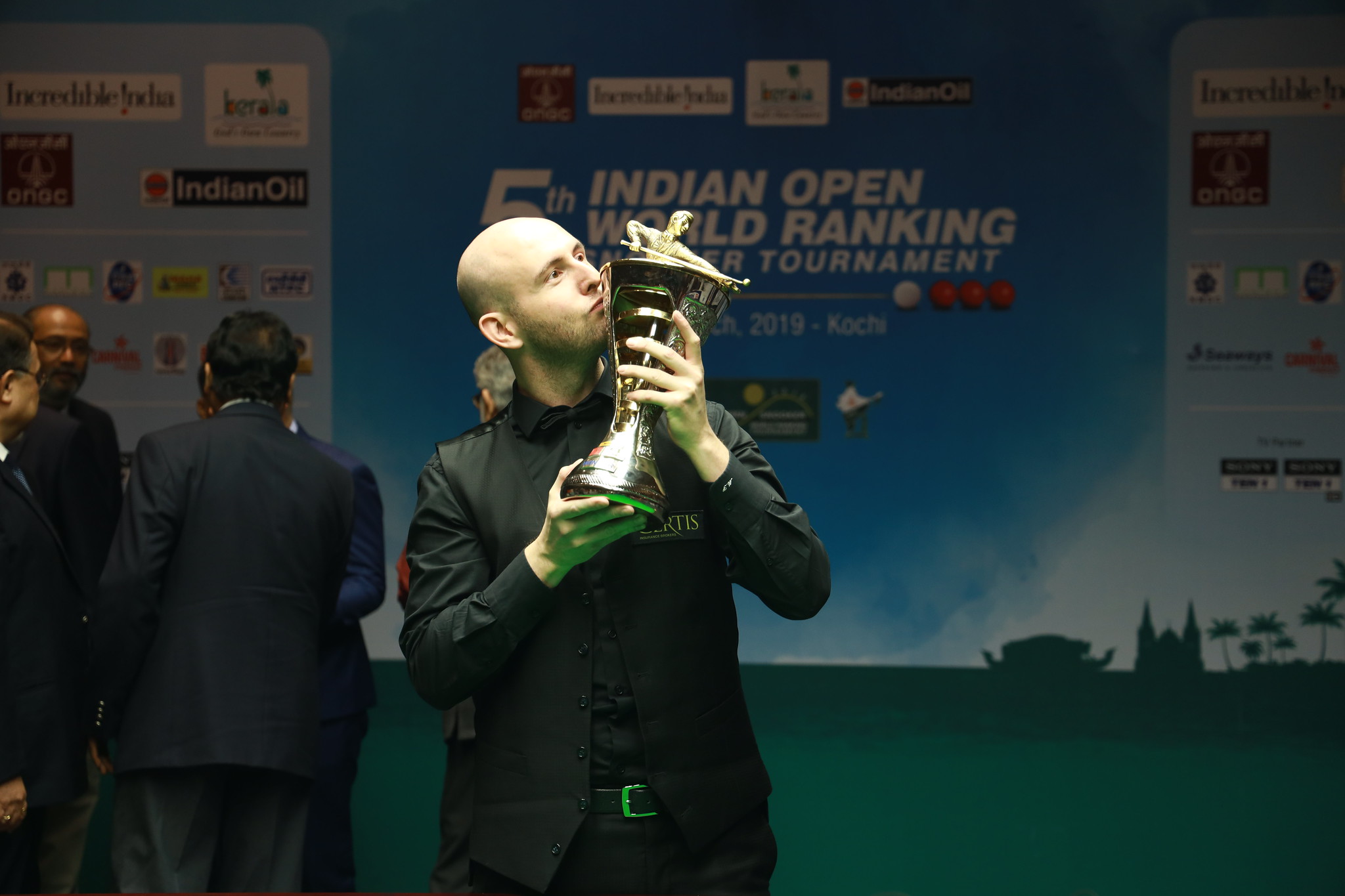 World number 27 Matthew Selt achieved a lifelong ambition in 2019 when he lifted his maiden ranking title at the Indian Open. He now hopes he can live out another dream by defending his title in the future.

Selt, who turned professional in 2002, had to wait 17 years to finally get his hands on ranking silverware. His breakthrough victory in the city of Kochi included an impressive 4-2 semi-final defeat of four-time World Champion John Higgins. Selt then beat China’s Lyu Haotian 5-3 in a high quality final.

We’ve caught up with the 35-year-old to reflect on his win and learn more about his experiences competing in India.

Matthew, we are now a year on from your maiden ranking event victory. You’ve said in the past that you felt relaxed throughout that week. What was it in particular that made it all come together?

“Reflecting on it all now, I was quite lucky really. Thinking back to my first match against Tom Ford, I vividly remember sitting in my chair at 2-0 down. Tom was 50-0 up in the third frame and I just thought it would be another tournament where I would be going home pretty early. Somehow I changed that around, won that match and from then on I got more and more comfortable. Come the quarter-finals I felt that I could win. That is the first time I’ve ever felt that.

“I texted my wife after the quarters and said I thought I could win it, I had never done that before. In the semi-finals I texted Peter Lines and said I genuinely thought I would win. It is testament to the work I have been doing with Chris Henry, where you believe whatever you want to believe. I genuinely believed it and I won. It shows that the mind is a very powerful tool.”

Did beating a player of John Higgins’ calibre in the semi-finals make winning the title extra special?

“Had I beaten someone else, I’d still be delighted and it would still be a tournament I am very proud to be the champion of. However, everyone knows that I don’t make it any secret that John is my snooker hero and idol. Every time I play him, I enjoy the occasion. Beating him in the semi-finals was very special for me and I will always remember that. To beat John, my snooker idol, was a dream come true. Another thing I will always remember came in the aftermath of the final, Peter Ebdon came up to me and said some very nice words and that meant a lot to me.”

The format of the event saw the semi-finals and the final played on the same day. What impact did that have psychologically preparing to face Lyu Haotian for the title?

“I hadn’t slept well the night before and was running on adrenaline against John, luckily I got through and went straight back to bed. It felt like a new day when I woke up. Playing Lyu in the final, it was a match where both players had never played in a final. There was every chance of us struggling, being nervous and edgy. I thought the standard was actually very good. I was quietly confident. As I said it was the first time I have ever thought I would win a tournament.”

A year on, has the achievement of winning your first ever ranking silverware settled in?

“I’ve got a picture on my wall in the snooker room and the trophy is always there. Stephen Hendry used to say to me, that when I win an event it will be the biggest anti-climax. I remember the ending of the match very clearly.  Lyu played on for snookers for about 15 minutes, that took the fizz away a bit. I think that was great, because I would have made myself look a bit of a fool with a celebration. I remember walking back to my room with a trophy and all I was thinking about was packing, as I had a flight in a few hours. As time has gone by it has become more and more special.”

If there were to be another Indian Open in the future, what would it mean to be able to go there as defending champion?

“It would be very special. It might be the only time in my career when I am a defending champion. It would be a great honour to go out there as champion. You don’t know if you are ever going to win. You hope you are going to, but it is never certain. It would be amazing to do that. Fingers crossed it happens sooner rather than later.

“I’ve always said that when we go to India it is probably the best hospitality we get. The way we are looked after at the hotels, they can’t do enough for you. The places we go to are spectacular. You get to see how other people live, but you also get to see the beauty of these other countries. They are places you would never come across.”