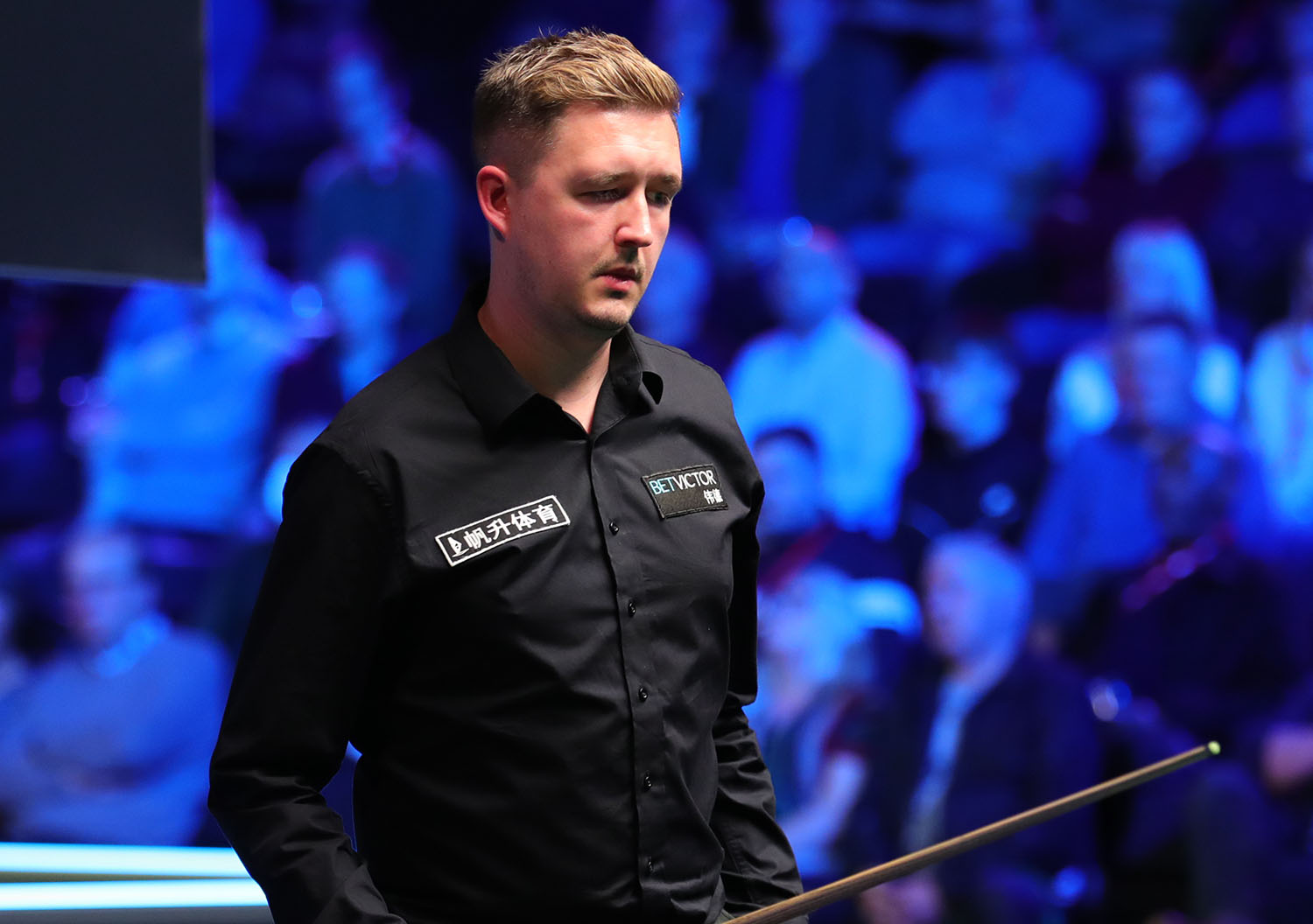 World number eight Kyren Wilson gets his season underway tomorrow at the BetVictor Championship League and he believes a more settled approach can benefit him both on and off the table.

Kettering’s Wilson failed to pick up ranking silverware last season, in a campaign where he changed his cue on numerous occasions in search of the optimal specifications. Having now selected the cue he wishes to use this term, he is focussing on changing his mindset at tournaments.

The 30-year-old believes that he needs to have a more relaxed approach to tournament and admits that he has previously found hard defeats difficult to get over. Wilson is currently in a two-year ranking title drought.

Kyren, first of all how has your summer break been?

“Brilliant. I went to Portugal with my family for two weeks. We’ve missed out on a few holidays over recent years and this was really the first one where we could let loose with no restrictions and no testing. My kids absolutely loved it, my youngest Bailey in particular. He cried as we were leaving, he was hoping we were going to live there. That gives me something to aim for anyway. Finley, my eldest son, was like a completely different child. He was very brave, trying lots of new things and venturing out to make new friends. He is quite shy so that was nice to see, it was really cool.”

How do you reflect on last season having failed to register ranking silverware?

“I had a lot of cue issues last season. I was going through so many of them. I even changed my cue the week before the World Championship and you just can’t do that. I was searching for something that didn’t exist really. I am looking forward to just focussing on snooker this season and not any of that nonsense. I’ve got a new cue now and I hope to be more settled. We will see how that pans out.

“Last summer I experimented with my cue, which I’d used for 11 or 12 years. That was something I’ve always wanted to do. I made the cue longer and changed the tip size. I just thought I’d go for it and although that didn’t destroy the cue it changed it and it was never the same. It was a bit crazy really. You live and learn.

“I also changed my cue ahead of the second round of the UK Championship. It was longer and heavier with a thicker tip, it was a complete polar opposite of what I’d played with in the previous 12 years. I found that week that it offered a whole new dimension to my game and I managed to go all of the way to the semi-finals. Since then I’ve been constantly experimenting with different cues. I am one of those people who want to take action to improve and make my game better. The cue I have for this season is quite like the one I used for the UK Championship. I have been searching for the right cue and hopefully this is it.”

You beat Ronnie O’Sullivan 6-5 in an epic quarter-final at the UK Championship and narrowly lost out 6-4 against Luca Brecel in the last four. Did you believe it was your time to capture a first Triple Crown title after the quarters?

“I felt like my game was definitely there to win the event. I just ran into Luca, who played out of this world snooker. When you are coming off at the end of that, you hold your hands up and say what more could I have done? You just have to applaud your opponent. I was still getting used to the cue in a very highly pressured environment. I was so focussed on that challenge and went straight to the snooker room and locked myself in a room to get even more used to the cue. After doing that it was a transition from an epic atmosphere to a shut off room and it did feel a bit difficult and was a comedown. It took me a little while to get over that, in many ways just because of how much I enjoyed the event. “ 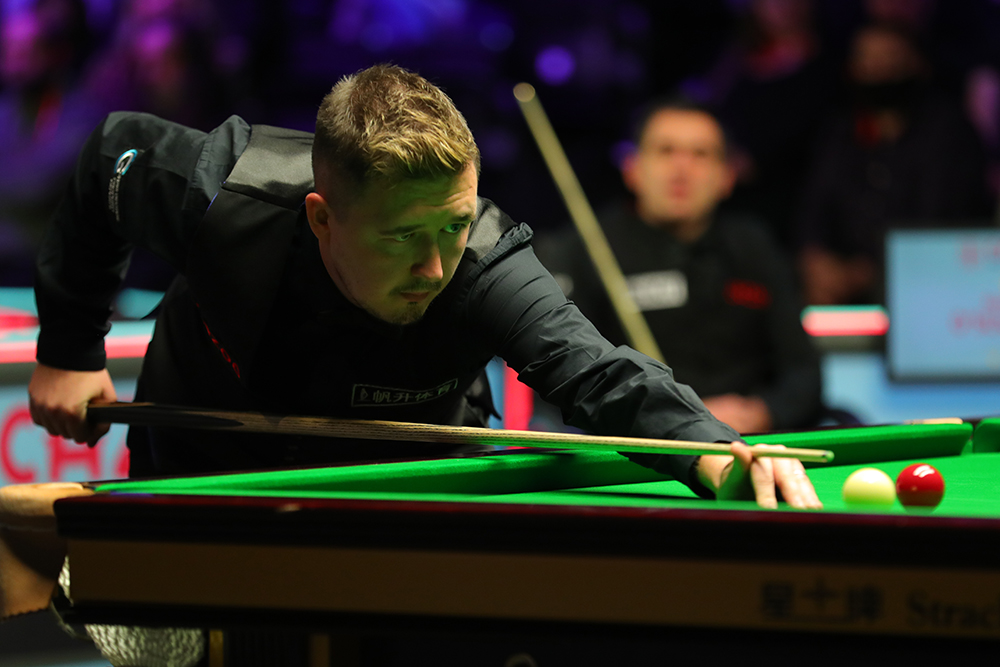 You’ve talked about changing your mentality this season. What does that entail?

“I always go into events believing I can win. I think that can be my downfall at times. When you want it too much, you can throw it away. What this holiday away with my family has shown me is that there is so much more to life than putting your eggs all in one basket. It is quite a toxic life to live when losing is the end of the world. At times I did feel that way and that is the change which I am going to make this year. Just enjoying it and seeing what happens. I have been wrapped up and engrossed in snooker previously. I am lucky and privileged, but at times I’ve been so swept away by it all that  I’ve come off the table hating every minute of it. That should never be the case with a game which you love.

“I believe I’ve got one of the best techniques in the world, but the game is about mental warfare. Shaun Murphy has said that before and he is right. It is the time before the game, the time sat in your chair and the moments when you aren’t at the table which are most important. If I can embrace the game and enjoy it, then I have a far better chance of managing all of that.”

You ended last season with a 13-9 loss to Stuart Bingham at the Crucible. He is a player you beat 6-5 in a thrilling tie at the Masters. Do you feel you both bring out the best in each other?

“We have very similar outlooks on the game. We both appreciate the living it gives us, what it provides for our families and how fortunate we are to play it professionally. He has a lovely family behind him like I do. It has been good fun practising with him over the years, so yes I think we enjoy playing each other and have good matches. You don’t have favourites in snooker, as you have to focus on yourself. However, if I am out of a competition I am always really happy for him if he goes on to win an event.”

How confident are you that this is the season you can break your Triple Crown duck?

“It is a testament to myself that I am being named as a contender and people are suggesting that I could have won more. Consistency is always there with me. As I say, I’ve changed my outlook this year. As long as I am doing all that I can and making the right sacrifices, then if the wins come great and if they don’t I’ve given my all.”